The 80s arcade would not be complete unless we include one of the classic "beat 'em up" or brawler arcade games. Probably the most popular and widely known in this gaming genre is Double Dragon. With fists flying and legs kicking, our quarters would lead us into streets and back alleys on a quest to rescue a buxom girl in a red dress. In my teenage mind, it quickly became THE popular game to play with a friend and it would continue build on that gaming experience for nearly a decade. Although not the first of its kind, Double Dragon brought fresh new features to 2D arcade gameplay in 1987. In fact, at the peak of its popularity, the crime fighting martial arts franchise would extend into cameo appearances in other arcade games, crossover games, and even beyond the gaming world to the big screen. 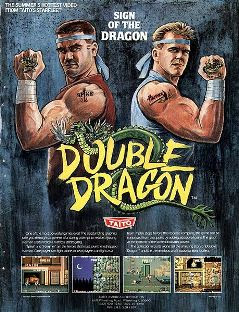 In 1984, Kung Fu Master became the first widely popular brawler arcade game. I remember playing it at a local ice cream shop, trying to fight my way through a dojo full of karate kids to save the girl. That same year, Hollywood would also feed our martial arts side with the film the Karate Kid. Then in 1986, game producer Taito would build on the popular martial arts culture and release the game Renegade. Its format and gameplay would turn out to be the direct precursor to Double Dragon, which was released by Technos Japan a year later in 1987. Double Dragon would use elements from both of its predecessors, such as a scrolling screen and backdrops of streets and alleys. It would also add some firsts like two player coop play and the ability to use enemy weapons, such as baseball bats, whips, oil drums, and dynamite sticks. One other unique feature for two player games was after the final boss had been laid to rest, a showdown for kidnapped Marion's affection was held between Billy & Jimmy Lee to determine the true winner of the game.

Although the plot was relatively the same as previous brawler games, Double Dragon was the first of its genre to have that "initials quality" in my opinion. I believe it was mainly because of the variety of maneuvers you could perform during game play and not just the ability to punch, kick, and jump. Headbutts, elbows and throws from the headlock position, and the ability to grab an enemy from behind to let your partner unleash hell were the elements that really made the game unique as you progressed through each stage. Double Dragon was produced for the NES in 1988. It wasn't really comparable to the arcade version, mainly based on the capabilities of the console system itself. The main missing ingredients were the two player coop gameplay, being able to keep enemy weapons into upcoming stages, and not having a full arsenal of maneuvers at the beginning of the game. Sega would produce its own version for the Master System that same year with better graphics and some improved gameplay that would compare more to the arcade version. Also that year, Double Dragon II: The Revenge would be released to arcades. This time, the brothers would be avenging Marion's death at the hand of the Black Warriors. The sequel would provide a new button setup providing directional attacks (as in Renegade) and also new stages, weapons, and maneuvers like the "hurricane kick." 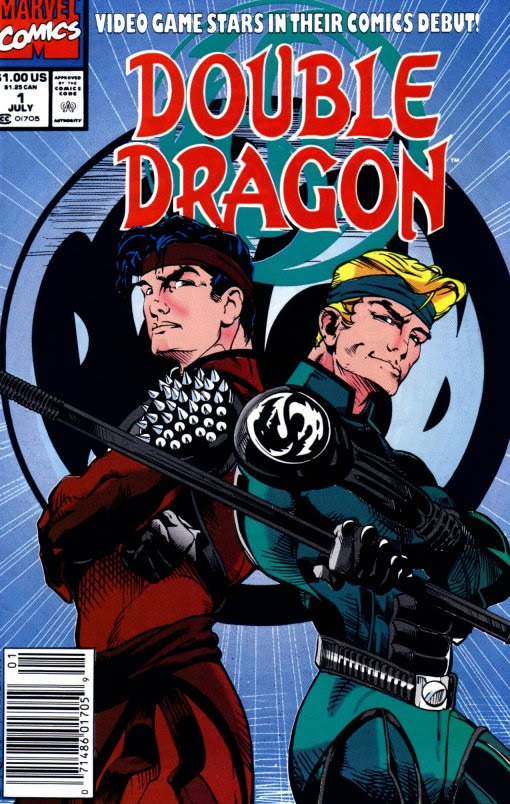 I remember the sequel translating well to the NES in 1989, which was a favorite of mine for many years. It had the coop play and also added many stages to the four used in the arcade version. By this time the Double Dragon brothers were very well known and showing up in other games like Super Spike V'Ball  for NES and as crowd spectators for the arcade hit WWF Superstars. The third and final arcade sequel Double Dragon 3: The Rosetta Stone was released in 1990. It reverted back to the 3 button attack of the original release and used many new maneuvers, without keeping familiar moves from the previous two games. The plot sent the brothers and new character Sonny around the world to collect three sacred stones and defeat a new mysterious enemy in Egypt. DD3 was also released on NES in 1991 and Gameboy and Sega Genesis in 1992. Marvel Comics also got in on the popularity of the franchise in 1991 and released a series of six Double Dragon comic books from July to December.

Although no more arcade games were released after DD3, the franchise still released games for home consoles. Super Double Dragon was produced exclusive for SNES system in 1992 and the crossover game Battletoads & Double Dragon in 1993. Also jumping on the bandwagon that year was animation producer DiC Entertainment which released the first 13 episodes of Double Dragon the animated series. It would last 26 episodes in all over the course of 1993-94. The show was mainly associated with the arcade games by name and characters only. However, a few episodes did loosely follow the NES game plot.  The main premise of the show was that the brothers, who were raised by opposing ninja masters, join forces and use their magical swords to combat the evil Shadow Master. 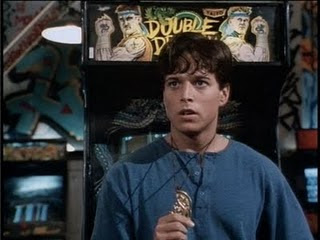 1994 was the last year that Double Dragon really made an impact on the gaming world and pop culture. On the heels of the cartoon, Double Dragon V: The Shadow Falls was produced. It went away from the traditional style of the games before it and was developed as a head-to-head fighting game like Mortal Kombat or Street Fighter II, which were very popular at the time. Also released that same year was the Double Dragon feature film starring Scott Wolf and Mark Dacascos as the Lee brothers, a blonde-haired Alyssa Milano as Marian, and Robert Patrick as the villain Kugo Shuko. It was truly a flop at the box office, grossing only about $2.5 million total over the course of its release. It holds a 0% Tomatometer rating on RottenTomatoes.Com and just a 3.3/10 rating on IMDB. One final Double Dragon game for the Neo-Geo console would be released in 1995 based on the feature film. That would turn out to be the final game before Technos Japan went out of business. The Double Dragon franchise had a great run over the course of the late '80s and early '90s. For me, it definitely deserves a spot at the 80s Arcade.