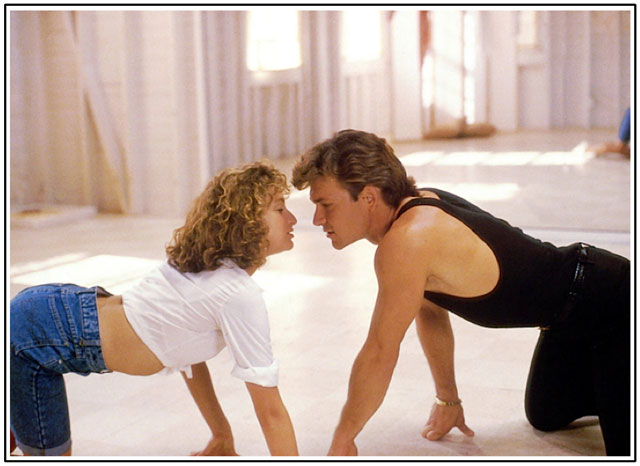 The 1980s are known for many great duets. Seems like almost every movie soundtrack had a duet of some kind that made its way into the Top 40. So I thought I'd put together what I believe is the Ultimate '80s Male/Female Duet playlist! Remember all those Time Life Rock n' Roll era and romance compilations that they used to sell on infomercials at 2 a.m.? You know the ones, "Get the 100 greatest romantic hits on 15 cassettes for only $99.95! Operators are standing by!" Well think of this list as the 17 songs I'd put on my Time Life '80s duets collection.


Now don't fret Aerosmith & Run DMC fans, because I plan to do more duet playlists in the future. I definitely want to recognize classic mash-ups like "Walk This Way" and "Under Pressure" by David Bowie & Queen. So without creating a massive all-encompassing Top 100 '80s duets list (which I could definitely see myself achieving,) I'll focus on the traditional male/female duets that had us practicing "the lift" and calling the missing persons department over a lost mouse. If you feel the need to relive these songs in action, click the song title for a video performance. Off we go, in no particular order...


Bryan Adams with Tina Turner "It's Only Love" (1985)
Originally released on Bryan Adam's multi-platinum album Reckless, "It's Only Love" peaked at #5 on the U.S. Billboard Ht 100 chart. To me, it's one of the best rock duets from the 80s. The sound really matched the styles of both artists at the time.

Phil Collins & Marilyn Martin "Separate Lives" (1985)
The soundtrack to the film White Nights starring Gregory Hines and Mikhail Baryshnikov was the place to find this awesome '80s ballad. The single reached #1 in the US and received an Oscar nomination, losing to Lionel Richie's "Say You, Say Me" which was featured in the same film. A piece of trivia...Richie's song never appeared on the White Nights album because Motown didn't want it released on a different label.

Mike Reno and Ann Wilson "Almost Paradise" (1984)
Loverboy frontman Mike Reno and Heart vocalist Ann Wilson came together for this gem of a love theme for the Footloose soundtrack. It peaked at #7 and became one of three songs from the soundtrack to reach the top ten. Headband + Big Hair + Loud Vocals = Rock Ballad...the equation for soundtrack success in the 80s.

Bill Medley and Jennifer Warnes "(I've Had) The Time of My Life" (1987)
A #1 hit on the U.S. charts, this track has helped the Dirty Dancing soundtrack to become the 4th best selling soundtrack of all time. Besides the commercial success, the song also won critical acclaim by taking home Grammy, Golden Globe, and Oscar awards. Another interesting trivia fact is after Dirty Dancing was shown on broadcast television in 1991 in the UK, the song became a top ten hit for a 2nd time.

Aretha Franklin and George Michael "I Knew You Were Waiting (For Me)" (1986)
George Michael achieved a life-long goal to sing with one of his favorite recording artists and in the process, helped Aretha Franklin finally reach the #1 position on the UK charts. The song which featured a heavy bass groove would also reach #1 on the US Billboard Hot 100 chart and remain there for two consecutive weeks. The music video was also popular on MTV featuring the pair singing in front of a large screen featuring each other.


Joe Cocker and Jennifer Warnes "Up Where We Belong" (1982)
This track from the An Officer and a Gentleman soundtrack was another to win the award trifecta, taking home a Grammy, Golden Globe, and Oscar in 1983. Film producer Don Hammond demand it wasn't a hit and wanted it to be left off the movie soundtrack, but he was unsuccessful. Actor Richard Gere and director Taylor Hackford saw the emotional impact it had on the crew while playing during the final scene. They proved to be right as the song had "no where else to go" after reaching #1 on the US Billboard Hot 100 chart for 3 weeks.

Lita Ford with Ozzy Osbourne "Close My Eyes Forever" (1989)
Using Pat Benetar's rhythm section and Ozzy Osbourne vocals, Lita Ford's Lita album became her most successful album in 1988 and remains to date. The video to "Close My Eyes Forever" received heavy airplay on MTV and launched the single to #8 on the US Billboard Hot 100 chart. Personally, I think the torn, acid-washed jeans and large hoop earrings helped the popularity of the song too.

Patti Austin with James Ingram "Baby, Come To Me" (1982)
Appearing on Austin's album Every Home Should Have One, the track landed in every General Hospital fan's home after appearing on the show. After ABC was inundated with calls about the song, Warner Brothers Records decided to re-release the song after minimal success in early 1982. It would become a #1 hit on the US Billboard Hot 100 for two consecutive weeks in late February 1983. The song was produced by Quincy Jones and Michael McDonald contributed backing vocals.

Prince (featuring Sheena Easton) "U Got The Look" (1987)
The highest charting single from Prince's double album Sign "O" The Times, the duet would look all the way to #2 on the US Billboard Hot 100 chart. The 12" single featured an extended version called the "Long Look" which went even longer the music video (linked above.) Easton was not officially credited on the single and is the only duet in this list which does not credit both singers officially.

Annie Lennox and Al Green "Put a Little Love in Your Heart" (1988)
This cover song used in the final scene for the film Scrooged climbed into the top ten in 1989, twenty one years after originally being released by Jackie DeShannon. The song's peak position at #9 remains the highest for Lennox as a solo artist and was also the last charting single by Green on the US Hot 100 chart. Although covered and charted by several other artists, the Lennox/Green version had the most success beyond the original version.

Diana Ross and Lionel Richie "Endless Love" (1981)
Written by Lionel Richie and featured in the film of the same name, the "Endless Love" single outperformed its movie counterpart in 1981. The duet made a seemingly endless run atop the US Billboard Hot 100 chart where it sat for nine consecutive weeks. The song became the most successful single in Ross' career while being the first of many #1 hits for Richie.

Brazilian bandleader Sergio Mendes was looking for a ballad to complete his 1983 self-titled album and found this song, originally released by Dionne Warwick. His version used the duet of Pizzulo and Miller to reach #4 on the US Billboard Hot 100 chart. It would launch the career of Pizzulo, primarily being featured on movie soundtracks like Little Shop of Horrors, Scarface, and Over the Top. Fact: Writers Cynthia Weil and Barry Mann original approached the R&B band Earth, Wind, and Fire to record the song, but they declined.

Peter Cetera and Amy Grant "Next Time I Fall" (1986)
Recorded for Cetera's solo album Solitude/Solitaire, the duet would be the second #1 US Billboard Hot 100 hit released following up "The Glory of Love." It would also be Grant's first #1 song outside her Contemporary Christian music career. Cetera would go on to have more duet success in the mid 90s with R&B queen Chaka Khan and Wings sitcom star Crystal Bernard.

Stevie Nicks with Tom Petty & The Heartbreakers "Stop Draggin' My Heart Around" (1981)
Originally intended for Petty's Hard Promises album, producers felt it would be better sung by a female. Eventually released on Nicks' Bella Donna album, the song would peak at #3 on the US Billboard Hot 100 chart. It could be my favorite of this list. I love the Petty sound mixed with Nicks' smokey voice. Proof positive that their voices seemed to be the one and only match for each other (Sorry, Don Henley.)

Linda Ronstadt featuring Aaron Neville "Don't Know Much" (1989)
This duo knew a little something about making a hit record, reaching #2 on the US Billboard Hot 100 chart and earning a Grammy award for best pop performance by a duo or group in 1990. The song had actually been recorded and released by 4 different artists prior to it's widespread success in the late 80s.

Patti La Belle and Michael McDonald "On My Own" (1986)
Released on La Belle's album Winner In You, the song would sit atop the US Billboard Hot 100 chart for 3 weeks in June of 1986. It is the most successful single for both La Belle and McDonald even though the song was truly recorded on their own in separate studios. The video alludes to this fact, showing both performers in different locales sometimes via split screen.

Linda Ronstadt and James Ingram "Somewhere Out There" (1986)
From the soundtrack to Steven Spielberg's animated film An American Tail, the duet single would reach #2 on the US Billboard Hot 100 chart. It would be nominated for a Golden Globe and Oscar and also go on to win two Grammys, one for song of the year. I remember vividly playing this 45 single on my parents stereo. It was half lullaby and half power ballad with a killer guitar solo which was a perfect mix for this 10 year old.

So there's my list. How'd I do? Tell me who I left off that you would've added. Kenny & Dolly? Cliff & Olivia? Or who did I add to my list that you could've done without. Leave a comment!