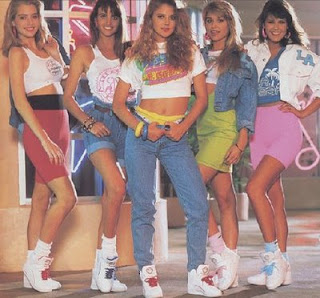 T-shirt layers, leg warmers, spandex shorts, stone-washed denim, high top sneakers...those '80s girls really knew how to turn heads and steal hearts. So much so, that some songwriters felt the need to express their affection for their gal pals through their music. With many to choose from, I've found my "sweet sixteen" 80s songs that feature names of girls. Slide your sunglasses down your nose and take a long look at these totally awesome girl tunes featured in the Ultimate 80s Girl Names Playlist....


Starship "Sara" (1985)
Fresh off legal proceedings and a name change, Starship had back-to-back #1 hits in the US with "We Built This City" and "Sara" in 1985-86. It was sung by Mickey Thomas and named for his wife at the time.

Steve Perry "Oh Sherrie" (1984)
Written for his then girlfriend Sherrie Swafford, it was Perry's biggest hit as a solo artist reaching #3 in the US. It's been mistaken labeled as a Journey song because its sound and that it was released while Perry was still with the band. Co-writer Bill Cuomo, who performed the keyboard melody, is also know for riff performed on Kim Carnes' hit "Bette Davis Eyes."

Ready For The World "Oh Sheila" (1985)
The first of 2 top ten hits in the US, the song features spoken words at the beginning in what sounds like an Australian accent. A "sheila" in Australian slang is a woman or girl. 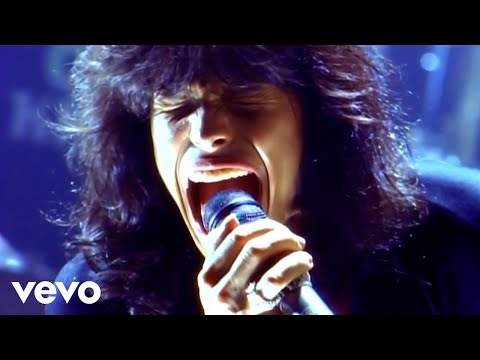 Aerosmith "Janie's Got A Gun" (1989)
Originally titled "Danny's Got A Gun" after a friend of Steven Tyler, the song did not perform well on the charts reaching only #61 in the US. However, the music video was very popular and earned the band its first 2 MTV VMAs and also its first Grammy in 1991. the video is highly regarded at one of the top 100 ever made.

Europe "Carrie" (1987)
After reaching the top ten with "The Final Countdown" in 1986, this power ballad made it all the way to #3 in the US. (Man, I sound like Casey Kasem) Early versions consisted only of keyboards and vocals.

Michael Jackson "Billie Jean" (1983)
#1 on the US charts for seven weeks, it was a large contributing factor for making the album Thriller the best selling album of all time. It also produced two of Jackson's record of eight Grammy awards in 1983. Jackson explained on numerous occasions that he based the song on "groupies" he encountered while he was with the Jackson 5.

Oak Ridge Boys "Elvira" (1981)
(Yes, I did just purposefully include a country song on this playlist.) This crossover hit peaked at #5 on the US mainstream charts and forever instilled us with the lyrics "ba-oom papa oom papa oom papa mow mow." The song was actually a cover tune,originally written and released by Dallas Frazier in 1966.

Richard Marx "Angelia" (1989)
He proved he was one of the great balladeers of the late 80s with this song reaching #4 on the US charts. I'm not ashamed to say that the first real concert I ever attended was when my mom asked me to go see Richard Marx on his Repeat Offender tour. Laugh all you want, but Marx was the first recording artist to have his first seven singles reach the top 5 on the US charts.

John Cougar Mellancamp "Jack & Diane" (1982)
Written in part about his own life experiences, "Jack & Diane" became the most popular couple in America for 4 weeks on the US charts. I made a connection this song as a kid because my hometown in PA had a Tastee-Freez. Although, I preferred pizzaburgers to chili dogs.

Dexy's Midnight Runners "Come On Eileen" (1983)One of the most celebrated one hit wonders of the 80s, this song managed to knock "Billie Jean" off its seven week perch atop the charts in 1983. Although the very next week, Michael Jackson would then replace it with "Beat It."

Laura Branigan "Gloria" (1982)
Originally written and recorded in Italian, Branigan's English version reached #2 on the US charts and also became an top ten hit in 7 other countries. It would stay on the US charts for 36 consecutive weeks, breaking a record at the time for a female recording artist.

Tommy Tutone "867-5309 (Jenny)" (1981)
Another celebrated one hit wonder, "Jenny" would peak at #4 on the US charts and cause everyone in America to attempt to call the number. Band members have given conflicting stories of whether the girl or phone number was real. Either way, it's still used in pop culture, tv shows, and video game cheat codes until this day.

Elton John "Nikita" (1985)
Sir Elton's crush on an East German borderguard (you can be the judge of the gender) vaulted this song to #7 on the US charts. George Michael contributed the backup vocals.

Steve Winwood "Valerie" (1982 & 1987)
The "King of the 5 Minute Song" as I like to call him, Winwood benefited from a re-release on this single. The song made it only to #70 on the US charts in '82, but a remixed version was included on his Chronicles compilation album and charted all the way into the top ten in '87.