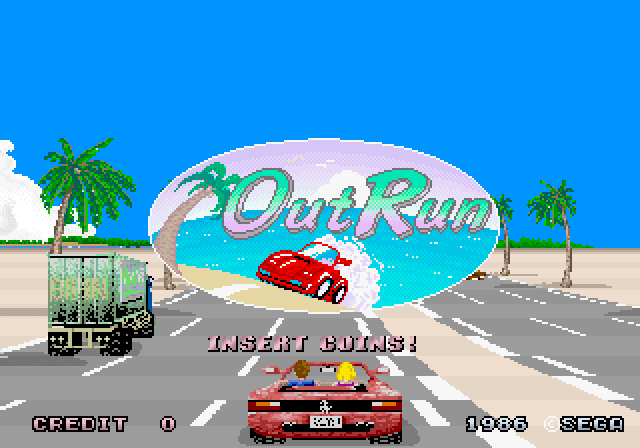 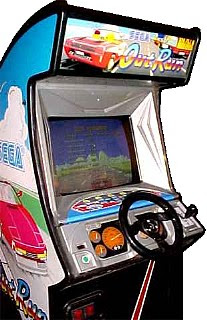 Out Run is one of my all-time favorite racing games. In the arcade and at home, I lived and breathed this driving game for years. This arcade classic released in 1986 by Sega, featured great graphics for the time, an interactive steering wheel, and a killer music soundtrack (that you could choose!) Critically acclaimed and achieving firsts for its gaming genre helped Out Run win the Golden Joystick Award for 1987's Game of the Year. The sit-down cabinet version was so revered, a fan turned it into an actual vehicle. Arcade and home version sequels were also released through the turn of the century, keeping Out Run at our fingertips for 25 years now. Invite your girl and climb aboard your favorite red Ferrari (sorry Magnum P.I.) for a drive back into the 80s!

Out Run had good reason for winning the Game of the Year award. It accomplished some firsts for arcade games, like being able to choose the background music via radio stations on the Ferrari's dash. The game play and graphics were likened to the 16-bit graphics of the 1985 motorcycle racing game Hang On. Although there were other drivers in game, the race was against the clock. Making it to the end of the racing stage with time left, meant you could choose one of two new stages. Courses varied from the beach to the desert to the English countryside on your way to the finish line.

Sega added a steering wheel with forced feedback, a stick shift, and gas/brake pedals on the upright cabinet model to create a great driving experience. Apparently, the only thing that was forgotten was seatbelts in the Ferrari, as the driver and passenger could get thrown from the vehicle during accidents.The sit-down cabinet models were even more interactive with turning and vibrating cooresponding to game play on the screen.

After selling 20,000 arcade units in its first year, Out Run was ported to home computers and the Sega Master System. Computer versions sold 250,000 copies by Christmas 1987! The SMS version was dubbed the closest to the arcade version, which I can verify having owned it. Some computer versions did not include the car flip crash, while others did not include some of the soundtrack songs and actually came with an audio cassette! After the overwhelming popularity, the first sequel was released in 1989 titled Turbo Out Run. It differed from the original with a single path to the end of the game. The object was to reach the finish line before your opponent, who drove a Porsche 959. It also featured a turbo button for added speed. Other sequels followed with Outrunners for the arcade in 1993 and Out Run Europa, Battle Out Run, and Out Run 2019 for home consoles from 1989-93. 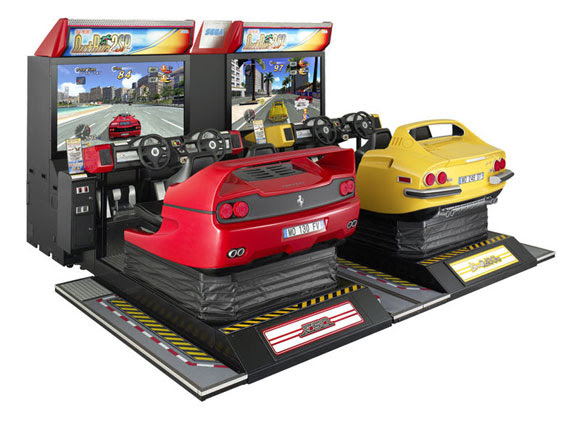 Out Run 2 brought the franchise into the new century with a fresh updated arcade version of the original Outrun. Eight total Ferraris were included in the game, plus the traditional stage-choosing game play. Added music tracks, plus unlockable original tracks, also added nostalgic flair to the game. If that wasn't enough, how about 3-D graphics and a side-by-side sit down cabinet that looked like a Ferrari? As great as Outrun 2 was, the unofficial 2010 version developed by Garnet Hertz was totally crazy...and driveable!! Using augmented reality cameras, he de-simulated an original Outrun game to make it identify actual roads within the game itself.

The fact that the driveable game exist is a testament to the impact of Out Run on arcade game history and definitely worthy of an entry into the RD80s arcade!


Thanks as always to Arcade-museum.com and Wikipedia.
Newer
Older
Powered by