Impress Your Friends On St. Patrick's Day With These U2 Facts 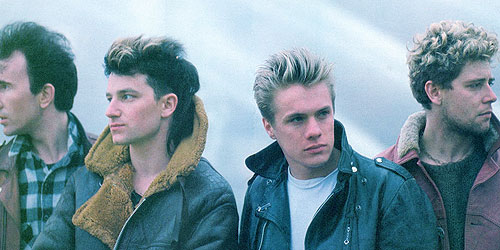 So it seems like every March I get an excuse to salute or write about one of the most successful bands (not just of the '80s) but all time. It's a real shame it takes an Irish holiday to get me to talk about them it seems, but at least I'm giving them their due once a year.

The '80s was when their recording career began with the release of the Boy album on October 20, 1980. By the time they released their 6th album Rattle & Hum in 1988, their success in the US had skyrocketed to  impromptu concerts in California and selling out Madison Square Garden in New York. Thanks to their accomplishments worldwide, U2 is widely known as the most successful recording act from Ireland. So let's explore some facts about the band that are maybe lesser known so when you raise your glass of green beer on St. Patty's Day, you can impress your friends.