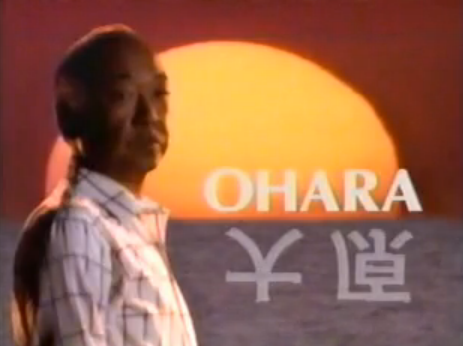 After playing karate master Mr. Miyagi in two very successful Karate Kid movies, Noriyuki "Pat" Morita developed a police drama for the small screen in 1987. "Ohara" followed a crime-solving police lieutenant and his cases on streets of Los Angeles. The lead character used unconventional Miyagi-like methods to thwart criminals such as martial arts, meditation, and philosophical sayings. The show featured some notable supporting and guest actors in its short history, but its best feature was definitely the intro...

WOW. That intro could've been airbrushed on t-shirts it was so '80s! Unfortunately at the time, the viewers weren't as enamored with it as I am today. "Ohara" lasted just 30 episodes over two seasons on ABC. You definitely can say that the network did just about everything they could to make the show a hit. After co-creator Morita developed Lt. Ohara as an unorthodox policeman for the LAPD, low ratings caused ABC to change some major elements of the show. Ohara was soon given a partner and switched to working for the feds. And to top that off later in the first season, they gave him a gun!! Mr. Miyagi with a gun?? C'mon. With season two came a new intro and a final major change in which Ohara and his partner quit the feds and became private investigators. 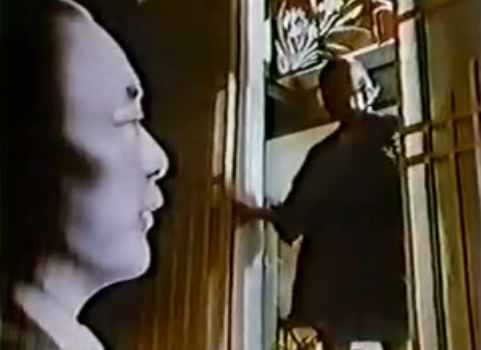 Even with the attempts to improve the show, Ohara never climbed in ratings and was cancelled after the 2nd season in 1988 (so that's why they made Karate Kid III!) The show featured some familiar faces including 2-time Oscar nominee Catherine Keener, Brandon Lee, Benicio Del Toro, and Michael Des Barres. Ohara's partner Lt George Shaver was played by Robert Clohessy, who is best known for the HBO series "Oz."

Personally, I vaguely remember watching the show as a kid. I do recall it being a little weird hearing Mr. Miyagi without his Japanese accent. As mentioned above, Morita was probably type cast from his more famous role and made it difficult for the audience to adapt to his speech and carrying a gun. But even though the ratings never took off, it was a ground-breaking show. Morita became one of the first Japanese-Americans to have a leading role on American television. For some stupid and crazy reason, the show has never been released to VHS or DVD. For the love of the '80s, someone get ABC on the phone and release this forgotten gem for us to rediscover!!!