Happy Murdoctober! Rd80s Celebrates The 30th Anniversary of The A-Team!

Welcome to a very special month of celebration on RD80s, the blog that's always 'on the jazz' but never dares to board any airplanes. While other sites and blogs are paying homage to All Hallow's Eve, your two RD80s soldiers of fortune Jason & Wyatt decided instead to celebrate the 30th anniversary of the A-Team!

On January 23, 1983, one of the most beloved and entertaining television shows aired for the first time. The opening credits to the series is some of the most recognizable footage in television history along with narrator John Ashley uttering those famous words...


In 1972, a crack commando unit was sent to prison by a military court for a crime they didn't commit.  These men promptly escaped from a maximum-security stockade to the Los Angeles underground.  Today, still wanted by the government, they survive as soldiers of fortune.  If you have a problem...if no one else can help...and if you can find them...maybe you can hire...The A- Team.

"Hannibal," "Faceman," "B.A.," and Murdock were saviors to those who could not seek reprieve from their adversaries. These four men who were occasionally aided by other civilians along the way, but their relentless quest to squash the enemy and rescue those who sought their aid continues to ring out through television history.

Though the show debuted on January 23rd, its first real splash came a week later following Superbowl XVII. Mr. T attended the game which featured the Washington Redskins defeating the Miami Dolphins. Over the next three years, The A-Team would prove to be NBC's most successful show by achieving its highest ratings of any show in the five previous years. The series filmed 5 seasons from Jan 1983 - Dec 1986 and 95 total episodes which included one 'lost' episode airing with reruns in the spring of 1987. 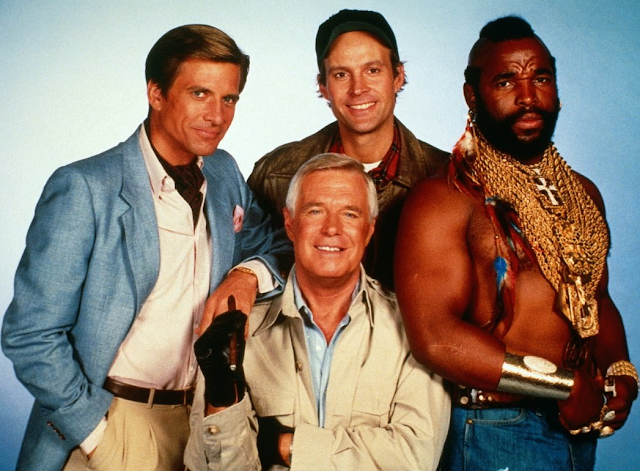 The A-Team consisted of four primary members along with three other 'card holding' members: 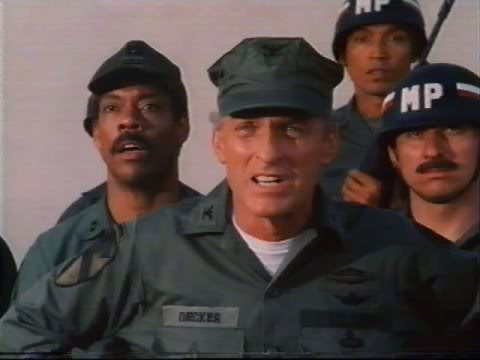 Let's not forget the notable Army Officers who chased the A-Team over the years:

And the essential transportation of the A-team...B.A.'s GMC van!

So by now you are probably wondering..."if the show started in January, why are you celebrating now?" Well, why not I say! (No one reads the internet during the NFL Playoffs anyway, right?) Now is a good time as any to rediscover one of the quintessential TV shows of the '80s! Throughout this month, Jason and Wyatt will be posting articles including:
...and more!!

And if that wasn't enough of a reason to celebrate, how about a chance to win an exclusive A-Team At 30 prize pack!! On Oct 31st, one lucky person will walk away with a box full of vintage and new A-Team goodies! 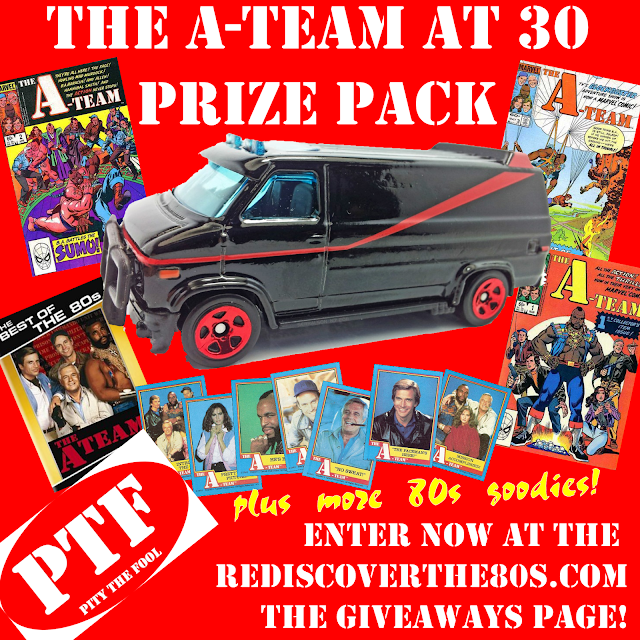 Here's what you'll win if your name is pulled:
Visit the Giveaways Page to enter the contest hosted through Rafflecopter now through Oct 31st. Earn extra entries by connecting on social media. You can also earn an entry each day by tweeting!

This is going to be exciting month with A-Team articles and your usual mix of '80s info, so please come back and interact with us! I pity the fool that doesn't celebrate!
Newer
Older