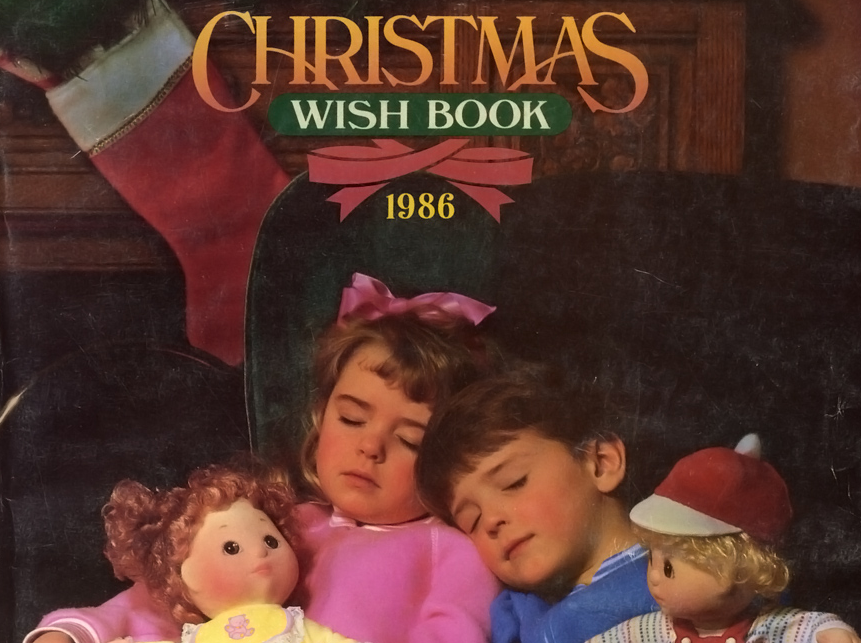 The Sears Christmas Wish Book catalog was the Amazon of its day. It was the go-to guide to find gift ideas for all ages. You could order presents for the whole family out of the comfort of your own home and have them shipped to your local Sears store to pickup in time for Christmas.

For kids, it was the official playbook of Christmas. When you realized the Wish Book was in your family's possession, everything else became white noise. You knew it was list-making time. Typically, it was straight to the toys section of the catalog to earmark your favorites. After carefully studying the whole toy section page-by-page for days, you would finally get to other sections like electronics, sports gear, or the front section that sometimes showcased toys not in the back of the book.

Being a child of the '80s, I'm reminded each Christmas season of the Wish Book and what it was like to thumb through the catalog. I've decided this year to do just that...after accumulating all my birthday money, shoveling as many driveways as humanly possible, and asking for my parents' Christmas Club allotment in cash, I'm taking myself on a shopping spree in the 1986 Sears Wish Book catalog! In '86 I was 10 years old and will be shopping as if I am that age and with my life savings of $500 in hand.

With a little help from WishbookWeb.com, I'm ready to thumb through 676 pages and spend my $500 on the perfect Christmas! 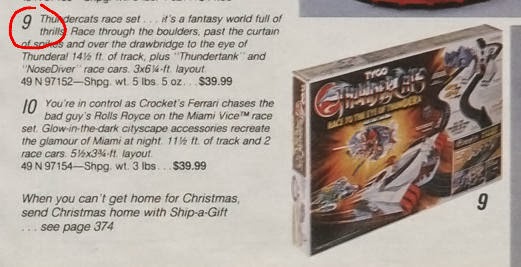 Thundercats: Race To The Eye Of Thundera Slot Car Racing Set for $39.99
I always wanted an awesome slot racing track. I had the entry level set that was the figure 8 with a bridge, but Santa never brought me the crazy ridiculous set I really wanted. With the mammoth of a track on page 516 and the upside down, glow-in-the-dark, mecca of all tracks known as Daredevil Cliff Hangers staring me right in the face on page 517, I was a little intimidated. But after seeing the Thundercats: Race to the Eye of Thundera track, I know I would've circled it. And with this commercial playing on TV, the choice would've been easy to this Thundercats fanatic. 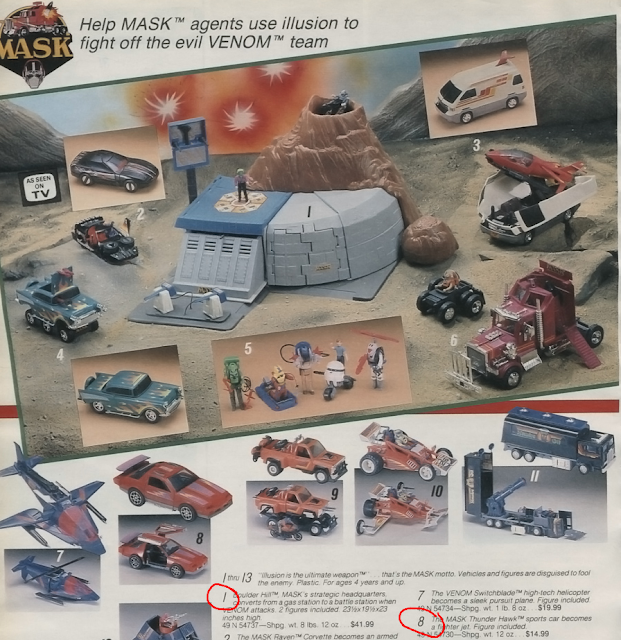 M.A.S.K. Boulder Hill and Thunder Hawk for $56.98 total
My affinity for M.A.S.K. is pretty well known. I didn't get my Boulder Hill until around 1989 when I found one on clearance at a Hills department store. I pleaded with my mother that I would do any chores she asked of me if she would spot me the cash to buy it. Those several years of waiting to get it would have never been, as the transforming playset and Thunder Hawk on page 534 would have been an easy choice to circle. 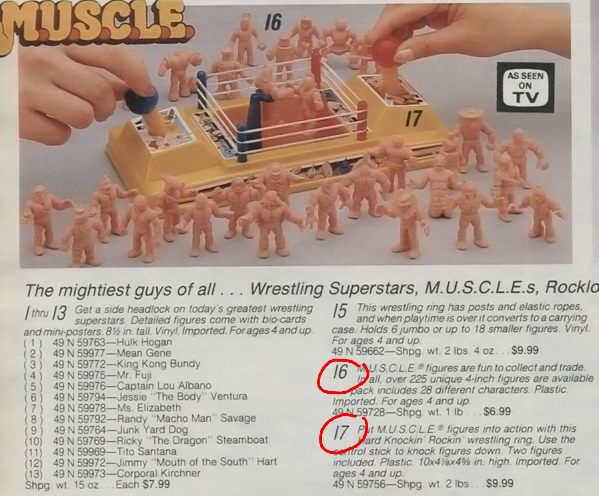 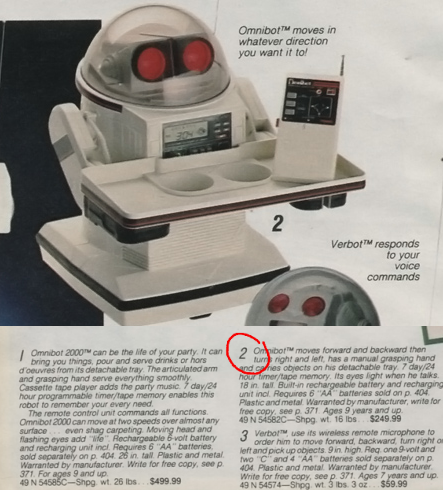 Omnibot for $249.99
I always wanted an Omnibot. One of the first times I remember seeing an R/C robot was in the movie "The Night They Saved Christmas." When the little robot P.A.L. shows up on the doorstep at the end of the movie (spoiler alert!) I wanted one for myself. Page 520 and 521 feature over a dozen bots in different sizes. The Omnibot 2000 would've cost me my entire budget, but the original at half the cost would still totally be worth it to me.

G.I. Joe U.S.S. FLAGG Aircraft Carrier for $149.99
This could be a case of saving the best for last. Up to this point in my life, I would have secured the Sky Striker F-14 jet thanks to a earlier Christmas. I had several figures and other Joe vehicles like the HAVOC. My jet never had an appropriate place to land and there would have been nothing more suited than the FLAGG on page 526. Had some friends with other Joe and Cobra vehicles so I know many battles would've taken place on the high seas.

Well, with $11 left in my pocket, I think I'll call it quits. Could always use extra money for the arcade or a candy store trip!

I think I might make this shopping spree an annual tradition on RD80s. Tell me what you think of my choices or better yet, go shopping yourself in an old Wishbook! Would love to see what some others would have picked, so if you have a blog and some time over the Christmas holiday, share your link in the comments below and I'll be sure to pass along as well.
Newer
Older
Powered by