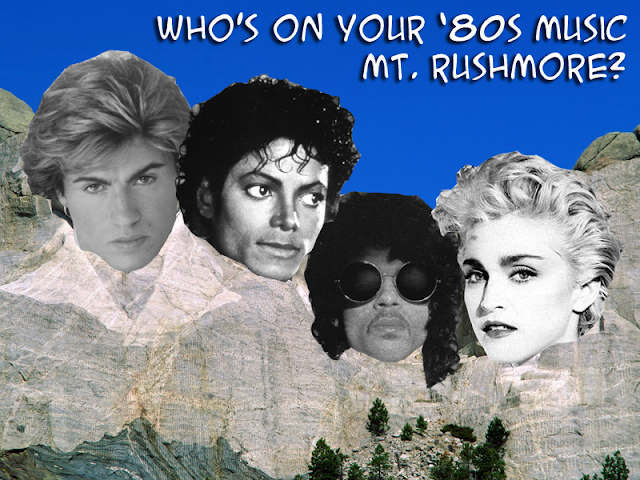 A couple months ago, the sports world was abuzz with who should be on the NBA Mount Rushmore? In other words, which four basketball players deserve to be heralded as the four greatest of all time? I thought it would be fun to give this Mount Rushmore game an '80s twist!

I decided to start off with my favorite topic...'80s music. Now, you can play this game in two ways. You can populate a Mount Rushmore with who you think deserve it most based on their career achievements OR you can pick the four that personally impacted you the most. I decided to go with the latter approach when I posed the question on the RD80s Facebook page yesterday. I really enjoyed reading the Mt Rushmores posted in the comments and appreciate those who participated. Now it's time to reveal my personal selections! I had an easy time coming up with 3, but the last one was very difficult. 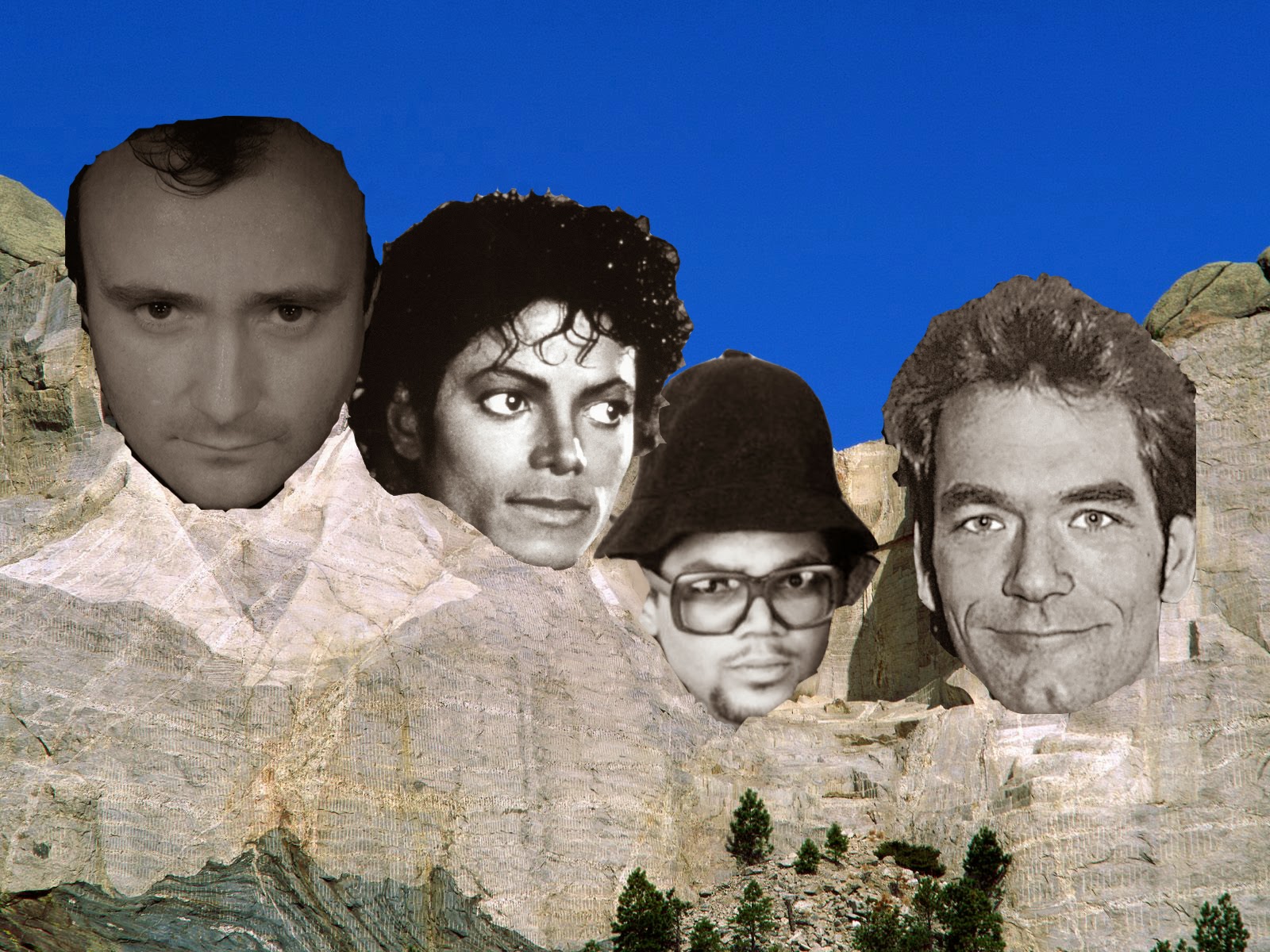 Phil Collins
It is impossible to name a year in the '80s that Phil Collins didn't have a top 40 hit (including Genesis discography.) EVERY. YEAR. That's consistency my friends and probably the main reason I've enjoyed his music so much...I heard him all the time!

Michael Jackson
This was the last entry on my Mount Rushmore. It's really difficult not to include Michael Jackson when talking '80s music but with my musical taste as the deciding factor, he was a toss up with Sting/Police, INXS, David Lee Roth/Van Halen, and Steve Perry/Journey, Def Leppard, and Aerosmith. MJ ultimately won out though thanks to my vivid memories of rolling skating to "Beat It" and being mesmerized by the "Thriller" and "Smooth Criminal" videos on MTV.

Run-D.M.C.
Run-D.M.C. pretty much introduced me to rap music. Raising Hell was one of the first cassettes I remember purchasing with my own money. Listening to mainly rock and pop music, when I heard "Walk This Way" for the first time it was pretty much love at first sound. Thanks to Run-D.M.C., rap took over my music collection in the late '80s and early '90s.


Huey Lewis and the News
I think Huey Lewis and the News expresses '80s music to the nth degree. I pretty much wore out my Sports album cassette and was one I particularly sought out when I recently started collecting vinyl LPs. From Picture This to the Back to the Future soundtrack to Small World, Huey and the guys are easily one of my favorite bands of the '80s.

If you missed the topic on Facebook, no problem. Post your '80s Music Mount Rushmore in the comments below!
Newer
Older
Powered by