What Nostalgic Items Would You Put In A Retrogaming Crate? 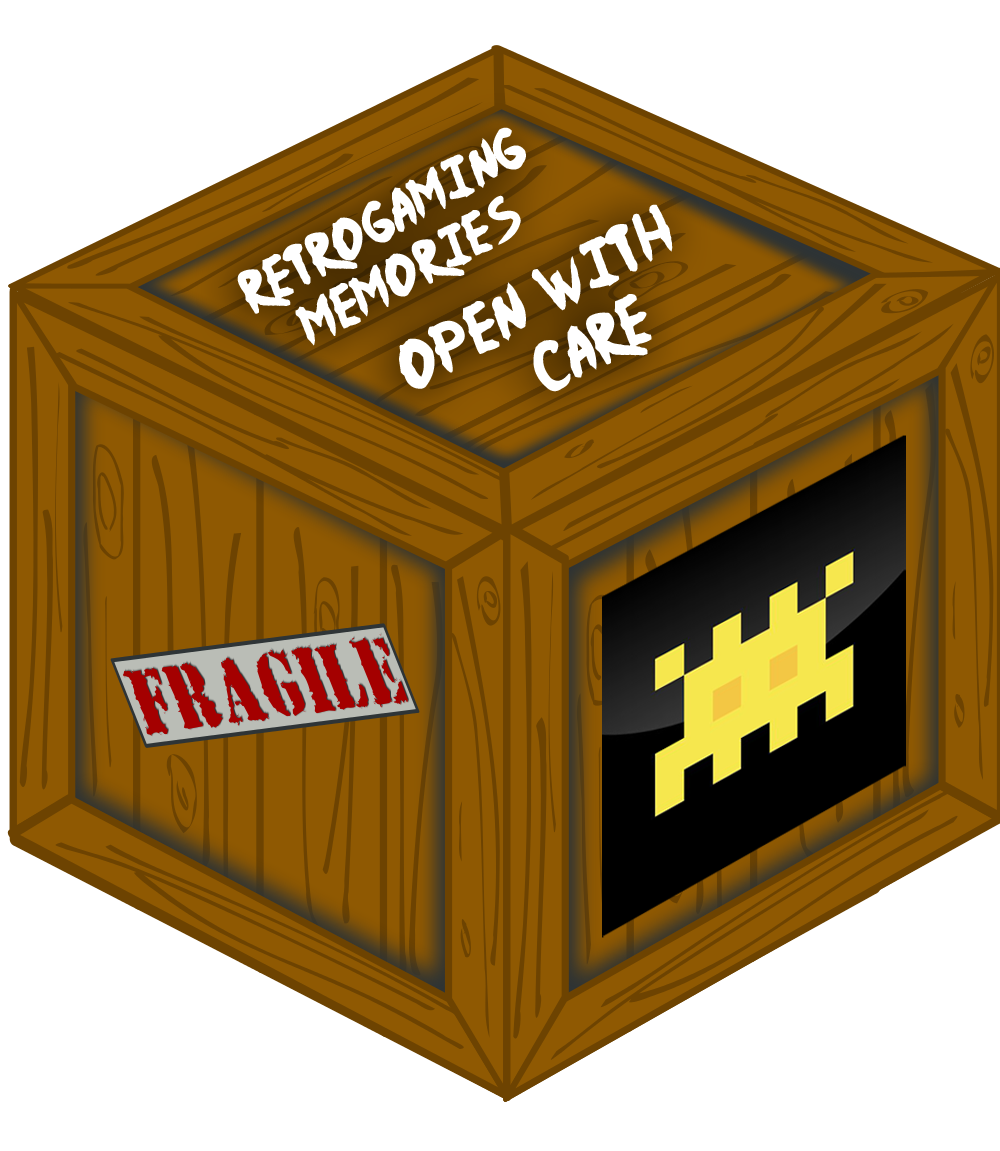 ManCrates.com is doing a project and recently presented me with the challenge...what items you would want in a personal nostalgia gaming crate? Being a retro gamer and a fan of their pry-open goodie crates, I thought I'd accept the challenge and take a look back at my video game timeline. 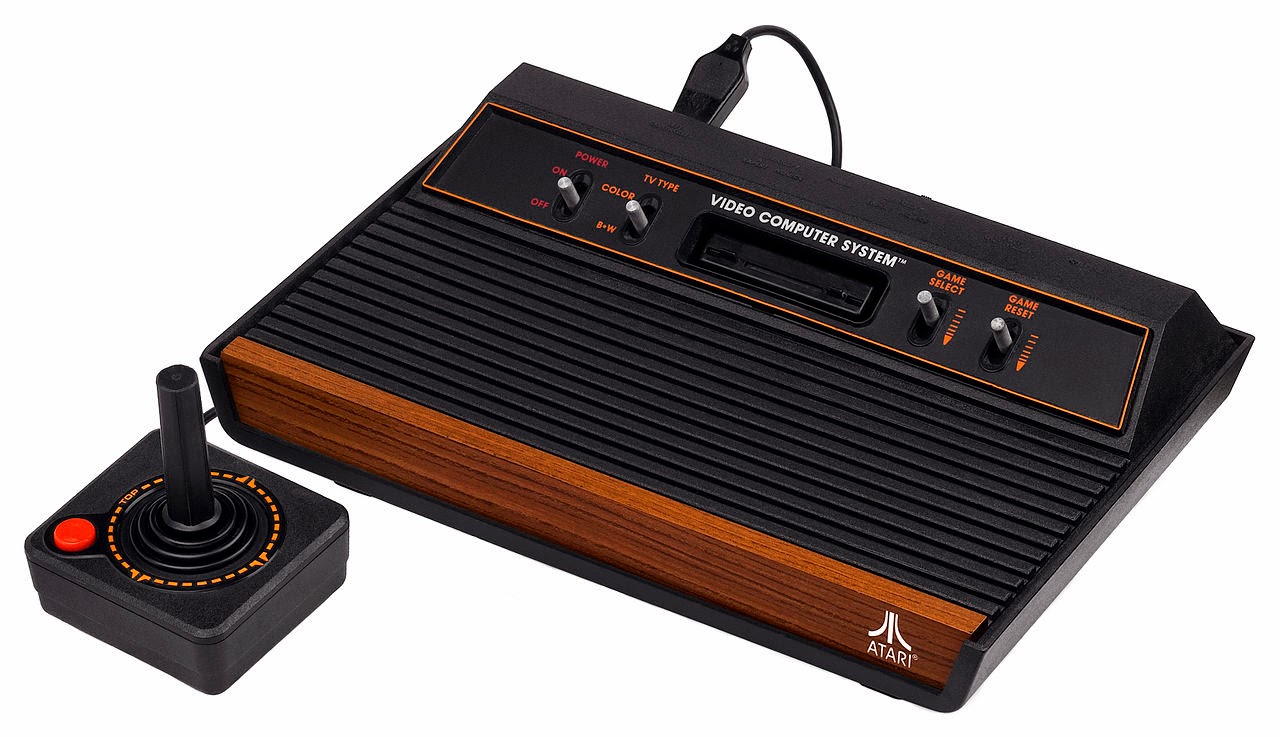 My memories start with the Atari 2600. I can't remember at what age I got it, but I was probably around 7 or 8 in the early 80s. It's weird because as much as I loved playing games like Combat, Basketball, and Defender, I don't remember video games holding my attention for hours (unless it was raining outside.) Later when I got more games like Demon Attack, Pitfall, and Frogger my attention seemed to stay longer but playing outside was still my preferred choice. I have great memories though of playing Fishing Derby and Freeway with my dad and also challenging my friends so my crate would definitely contain an Atari 2600 and several games. 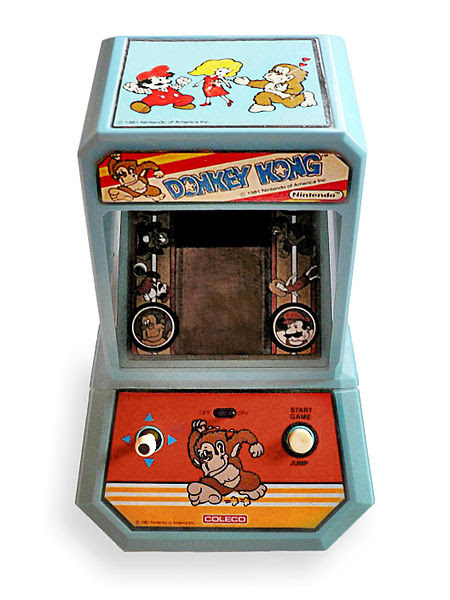 Keeping to the crate stipulation of the challenge, it would difficult to find a crate big enough to put an arcade cabinet inside (especially one tall and wide enough to fit Q*Bert and Heavy Barrel.) But I do remember handheld games being a part of my childhood as well with the most memorable one being the Coleco Donkey Kong tabletop arcade game. It wasn't the first though as I remember my cousin visiting from Texas and giving me his handheld LCD BurgerTime game. But the Donkey Kong game I cherished for years and remember playing side-by-side with a friend who had the Pac-man version. So the next item in the crate is a tabletop arcade game. 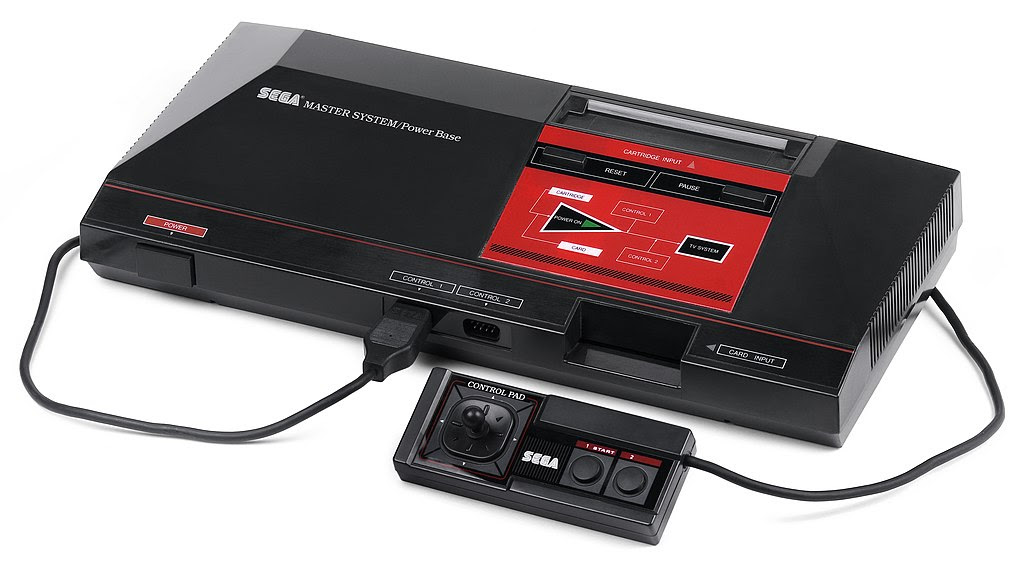 My path to video game enlightenment differed from many of my friends. Instead of taking the popular Nintendo Entertainment System route, one memorable Christmas I received the Sega Master System as my first "upgrade" from the Atari 2600. I can't exactly remember why, but possible that I simply played it more when I visited the Hills department store because the NES was always tied up. Either way, I got the full package with the 3-D glasses and the light phaser gun that quickly became my path to 8-bit gaming euphoria. It also what led me into sports games as I remember playing Great Basketball, Great Football, and Pro Wrestling on a regular basis. So a SMS deserve a spot in my crate.

In high school, I actually scored a Sega Genesis and my first NES from a local trading post. I had played NES at my friend's houses pretty much since it was released in 1985, so it was weird that I finally had one for myself and could play Super Mario 3 at my disposal. Getting it late and at around the same time as the 16-bit Genesis made me put Sonic at step above Mario. I remember vividly staying up all night to play entire seasons of Bulls vs. Lakers and Bulls vs. Blazers. PGA Tour III would also follow me into the late 90s during my college years so the Genesis had a longer legacy with me. I'd still need to include both in the crate though because I NEED Double Dragon II on NES.

Now, unlike the retrogaming crate that Man Crates offers, I was never a big snacker during gaming. I did want sticky candy fingers or greasy potato chip fingers getting in my way to glory. But I would have to include some caffeine to keep me going so what better than Jolt cola. "Double the sugar, Twice the caffeine."

Thanks to Man Crates for reaching out to me with a fun challenge. Add in the comments what you'd put in your retrogaming crate!