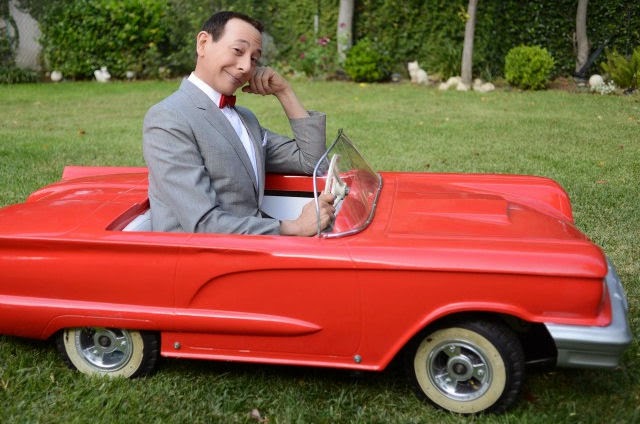 Back in Feb 2015, Pee-Wee Herman announced he will be starring in a new movie that will be released direct to Netflix. The plot for Pee-wee’s Big Holiday states "a fateful meeting with a mysterious stranger inspires Pee-wee Herman to take his first-ever holiday in an epic story of friendship and destiny." Filming began in March and several set photos have been published to his website (and the first to Instagram just yesterday.)

After rediscovering Pee-Wee's Playhouse with my kids on Netflix recently, I've got to say my curiosity is peaked. I enjoyed the show as a kid and loved Pee-Wee's Big Adventure, but can he still pull off the character at 62 years old!!! Aside from that, it appears his glorious bike has retired and he's found a couple nice substitutions for the new movie. 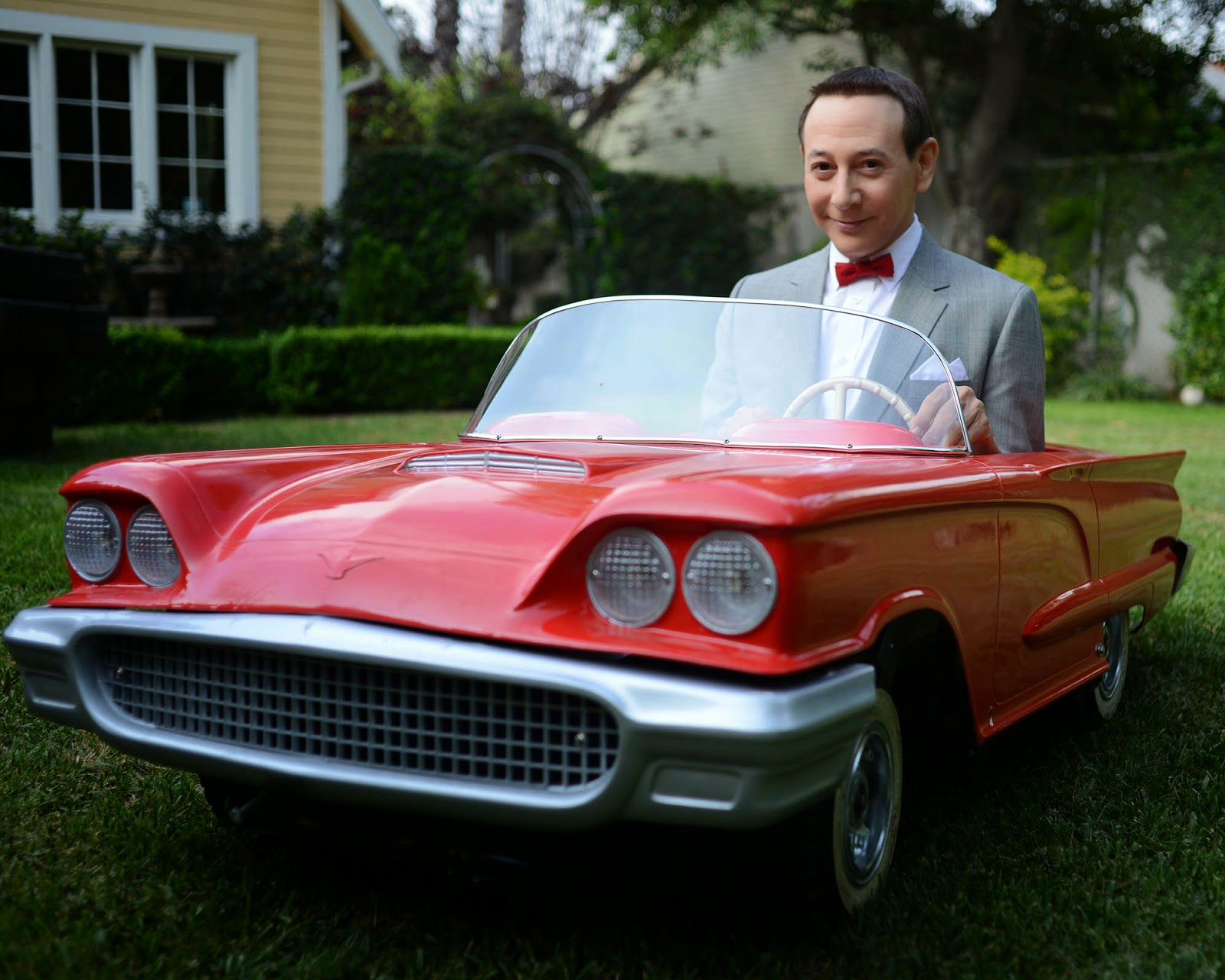 About a week ago, Pee-Wee posted pictures of his miniature car including one of him actually driving it.

We've also got a taste of another small car that will be making an appearance in the movie. After the first 5 full days of shooting in March, Pee-Wee posted the picture above (along with this gif image in April) and stated:

Days 1 – 5 are complete! I hitchhiked, got a few rides, then drove all over the place in my cool car. Spent the night in a haunted motel! Even did a movie stunt. Then my stuntman did it way better! 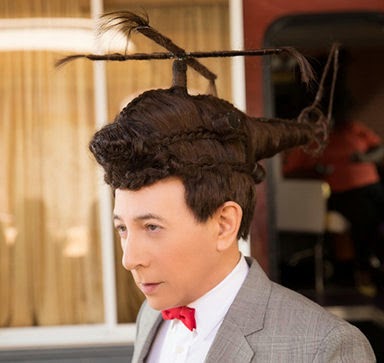 It also appears that Pee-Wee might also do some traveling the new movie using his "helicopter hair!" Yike! I guess he's taken a few pointers from Inspector Gadget's travel habits.

Joe’s already my friend in real life– and he’s tremendously talented and a terrific person! I am so glad we are FINALLY going to get to work together! This totally makes up for being cut out of ‘Magic Mike’ and ‘Magic Mike 2’!”

I'll let you to come up with a joke after that statement, but I would like to get your opinions on the movie. Will you watch? Or should Pee-Wee permanently hangup the bow tie?