The Racket Of Pong: The Influence Of A Simple Tennis Game 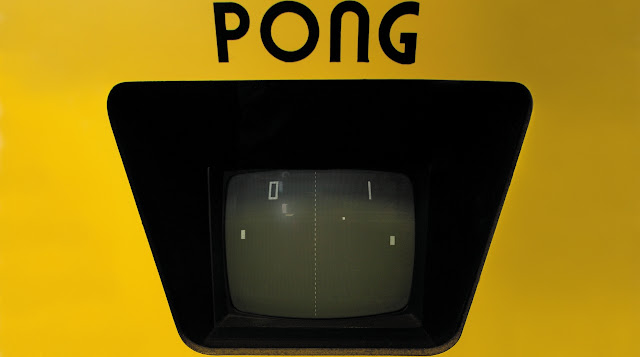 Pong is one of the earliest video arcade games and is widely regarded as the first sports arcade game. The equivalent of tennis in simple two-dimensional form, Pong has remained popular throughout the years with a numerous variants in the modern era for gaming consoles, online computer games and mobile phone apps. It remains universally recognized as one of the greatest arcade games in history, despite its simple nature and design.

First released in 1972, Pong was created by Allan Alcorn as part of a training exercise by his company Atari Incorporated, one of the leading video game companies. The Atari executives were very impressed with Alcorn’s idea and move forward with the creation and development of the game – with no idea that the game would have such longevity and success throughout the years. An example of a Pong arcade game machine can be seen below... 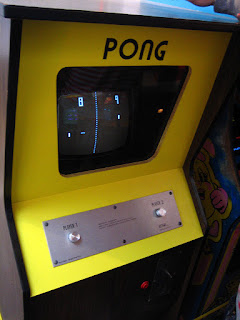 In fact, Pong became so popular that many people began to copy the game but include new features and ideas. The release of the first home gaming console, the Magnavox Odyssey, was largely due to the success of Pong’s arcade machines. Just three years later in 1975, Atari released a home version of Pong exclusively through Sears retail stores – a decision that would lead to an epic rise in sales and making the game a commercial success across the United States.

In today’s era, sports games have become incredibly popular and some are even based on real life events and tournaments. There have been tennis games on various consoles throughout history, including the SEGA Megadrive, Playstation, computer games, Wii, mobile phone apps, and many more. Most of these games have been based on the original Pong arcade game, but due to the large technological advancements, each game now offers players the opportunity to participate in various ways. For example, the Nintendo Wii version which allows players to physically move and play shots, copying their famous tennis heroes from over the years. Virtua Tennis 4 on Playstation 3 also allows you to control your favorite player and progress through tournaments as you bid to become the greatest tennis player on the planet. Meanwhile, mobile phone apps are a lot simpler and include many similarities to the original Pong format (shown below.)


Pong and The Rise of Tennis
Although basic, Pong opened up new doors for both sport arcade games and tennis in general throughout the late '70s and '80s. The game grew in popularity, largely because anybody is capable of playing Pong. With no age limit, it became one of those games that you can spend passing the time with your friends or against the CPU. Although the first version has no progression through tournaments or rounds, the action and excitement of trying to beat the CPU on a higher difficulty level made the game extremely addictive. Even today you can get hooked instantly with the online version of Pong!

With the choice of three difficulty levels or just against the skill of your friends, fans continue to purchase Pong machines in the modern era. The Analog Arcade Bar recently tweeted a successful venture of purchasing a vintage console...

We drove all the way Milwaukee to get her, but she was worth it. #pong #analogarcadebar #arcade #analogqc pic.twitter.com/oHY0ExU3pW
— Analog Arcade Bar (@AnalogArcadeBar) May 15, 2015

Atari has revealed that 35,000 Pong machines were sold in the '70s, just 1/3 of the total number of machines that have been distributed around the world – a staggering achievement. Furthermore, over 200,000 home consoles were sold through Sears with several ‘clone’ Pong games invented to dethrone Atari as the market leader. Several improvements and added features were made to keep Atari's version on top which included ‘Pong Doubles’, allowing four user-controlled paddles with two players on each side of the game. 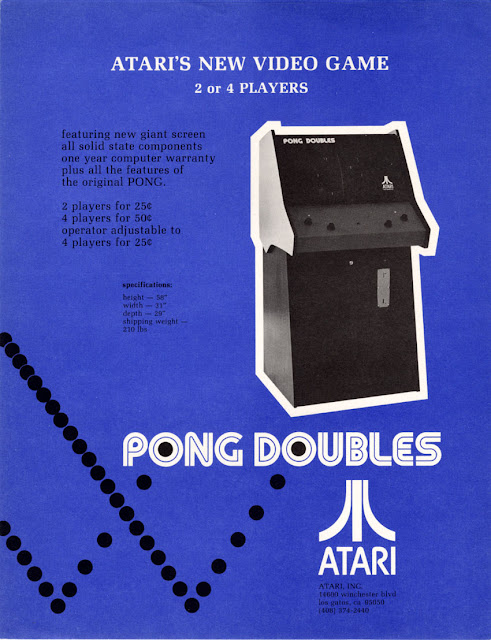 The Open Era of tennis began just a few years prior to the release of Pong with spectators watching established names like Rod Laver - who won all four of tennis' Grand Slam events in 1969. In the late '70s and early '80s, American stars Jimmy Connors and John McEnroe would both bring an entertaining style of play into the sport. Their success, along with the rise in popularity of tennis itself, would lead to the development of more video games. In 1984, Match Point was released - a game which allowed users to control the movement and swings of players. Technological advancements posed quicker play, making it one of the most realistic tennis games of the time.

The Modern Era and Wii Tennis
Tennis and tennis gaming has come on a long way since the '80s. The popularity of the sport has certainly increased globally in the past several decades along with its television coverage. Wimbledon executives continue to fight free viewing of the major tournament on BBC in Britain, which certainly has helped its popularity throughout the years. Other major events are also well covered in the media with matches often televised around the world.

In recent years, viewers have been treated to some of the greatest players of all-time including the battles of Rafael Nadal and Roger Federer in the men’s singles tournaments and the Williams sisters dominating the women's singles tournaments. Novak Djokovic is now ranked as the greatest men's tennis player in the world, who has already won this year's Australian Open. His quest to emulate Rod Laver’s Grand Slam achievement continues next at Wimbledon where he is priced at 13/8 with betfair to earn back-to-back crowns at this year’s event while Federer and Britain’s Andy Murray hope to defeat the Serbian.


Meanwhile, tennis video games have also grown in popularity with impressively realistic graphics and games featuring real-life tennis stars. The Nintendo Wii, released in 2006, first allowed gamers to physically play the game through a camera and a tennis racket remote. This brilliant level of integration meant players could genuinely feel as though they are making the shots. Wii Tennis allows players to play either singles or doubles and also face different opponents which also taught strategy along with the enjoyment.

The EA Sports Grand Slam Tennis series allows you to play as your favorite tennis stars from across the globe, like Andy Murray and Serena Williams, while entering the same tournaments that they compete in real life. The standard of both graphics and realism is clear to see, while the opportunity to play in different stadiums and court surfaces all contribute to an all-round improved gaming performance.


The Legacy of Pong
Back in the '70s and '80s, nobody would have expected that 30 years later you would be able to play real-life tennis tournaments in career mode or use a console that follows your exact physical motions. But even with the realism of modern games, the difficult level of play has to increase to keep producing and adding new features. That is why Pong's simple platform remains so magnificent. Even though variations were created through the years, the game's design remained true making it’s longevity a legacy that will never be beaten. Of course, modern games are superb on the eye and are - in some aspects - more enjoyable, but Pong is a timeless classic that will continue to live along side modern gaming technology.