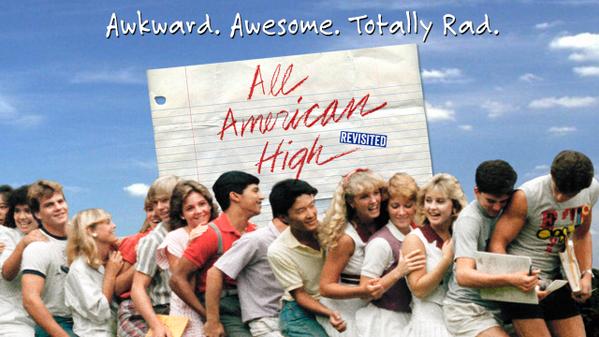 Flashing forward 30 years later, Rosenfeld has remastered the original film and sat down with many of the students to revisit their teenage selves. The new All American High Revisited was just released on September 15 to DVD and VOD services. Check out the trailer...


The film primarily follows a foreign exchange student from Finland and her experience of American high school during her senior year. In All American High Revisited, Rosenfeld travels to meet with her and several of the other '84 graduates and reflect on their lives now and then.

I've had the awesome privilege of reviewing the film thanks to Virgil Films! I thoroughly enjoyed the film which truly is a snapshot in time of high school in the '80s. The added interviews of the people 30 years later were really interesting and the people were very forthcoming with their perspective now. I'd highly recommend '80s nostalgia-holics to check it out!

You can find All American High Revisited on DVD at Amazon. You can also purchase or rent the film from Amazon Instant Video, iTunes, and Google Play.
Newer
Older