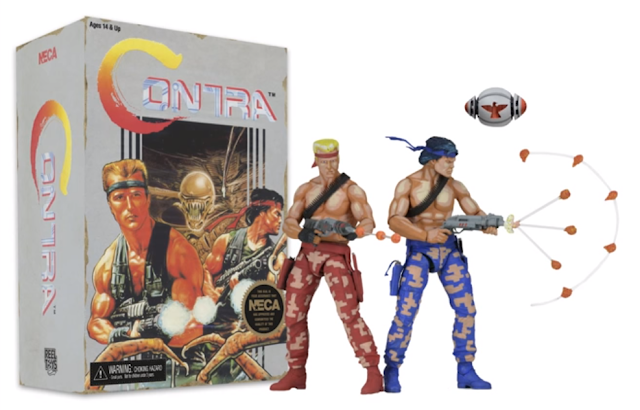 ↑ ↑ ↓ ↓ ← → ← → B A BUY!!! NECA announced today via Pixel Dan that the latest additions to their video game action figure toyline will be from Contra. So far, NECA has primarily produced figures based on NES movie properties, such as Batman, Godzilla, and Rambo. Now they will add Bill Rizer and Lance Bean (had no idea these guys had names) as the first figures produced strictly from a video game property. 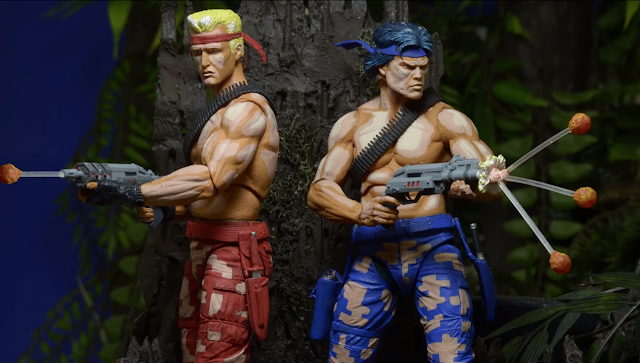 As a huge Contra fan, I'm extremely excited about this announcement. From the photos released, it looks like you'll be able to recreate the coveted spread gun fire blast. The 7" tall figures also come with flying capsule used to obtain weapons during the game and a killer box featuring the classic Contra art.

NECA will begin shipping these to retailers in April 2016. For more information, follow NECA's official Facebook and Twitter accounts. Watch the announcement video below for more pics!