Prince Dead At 57, My 5 Favorite Tracks In Tribute 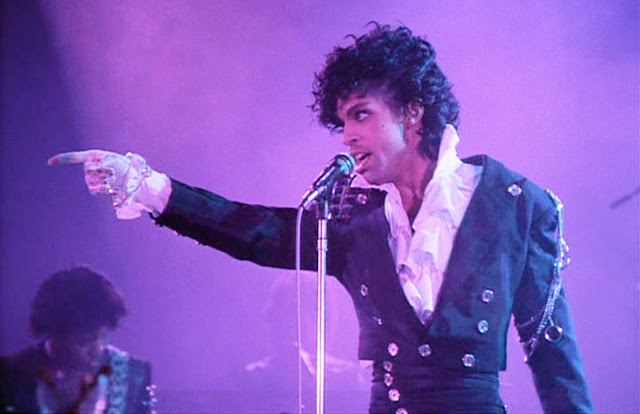 2016 has claimed another talented and highly popular '80s music artist. According to Deadline, Prince was found dead at his Paisley Park home in Minnesota. His publicist, Yvette Noel-Schure, confirmed his death after police and medical staff were called to his estate this morning. Prince was reportedly suffering from the flu and taken to the hospital earlier in the week. He was just 57 years old.

Prince's career spans way beyond the '80s of course, releasing 39 studio albums from 1978-2015. (Just think about that for a minute, that's more than one per year.) He was inducted into the Rock and Roll Hall of Fame in 2004 and won 7 Grammy awards with 32 total nominations. He's also among a select few artists to sell 100 million records worldwide.

As far as his impact in my personal music tastes, I was probably introduced to him at the local roller-skating rink in the early '80s. The singles from the 1999 and Purple Rain albums were seemingly always on the radio and on MTV. Sadly, I never purchased a Prince record until 1989 when the Batman soundtrack hit stores. That summer, it was Prince and only Prince on my stereo. After that, I remember the Diamonds and Pearls album being highly influential and then when The Hits boxset was released in 1993, it was all about going back and listening to his singles.

As a tribute, I thought I'd list my 5 favorite Prince tracks and invite you to do the same in the comments.

Prince is widely known for how closely he protected the copyright to his music. On days like today, it kinda stinks you can go to YouTube and watch a music video or publish parts of his career on a website. However, I will leave you with his Superbowl XLI halftime performance in 2007. I'm not able to embed it here, but I invite you to click over if you've never seen it. The Miami rains poured into Sun Life Stadium and instead of ruining the concert, created the perfect environment for Prince to perform some of his greatest hits. It's easily regarded as one of the best Superbowl performances in its 50-year history.