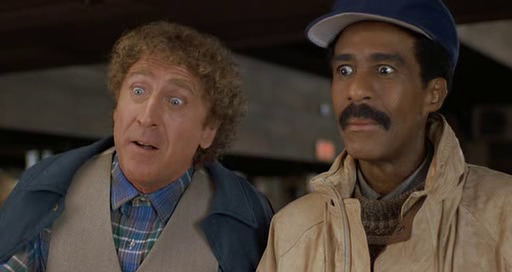 Comedy legend Gene Wilder died at the age of 83 yesterday. Ironically, he was on my mind this past weekend with my son reading Charlie & the Chocolate Factory for his 4th grade class. After seeing the book on the kitchen table, I asked my wife if Wilder was still alive. I did a quick Google search and found out my first notion was incorrect and that he was indeed still living. It was quite strange yesterday when news broke about his death just a couple days after I randomly confirmed he was alive.

Most people will probably remember him as Willy Wonka, Dr. Frederick Frankenstein in Young Frankenstein, or Jim "the Waco Kid" in Blazing Saddles. All were memorable roles, but the film I've watched the most times that starred Gene Wilder would probably be toward the bottom of most people's lists. I enjoyed Willy Wonka & the Chocolate Factory but even as a kid in the '80s, I was never big into musicals. I didn't discover Blazing Saddles until I was a little older and although very funny and quotable, Westerns have never been my thing either.

Comedies, more specifically buddy comedies, are what I gravitated toward in my young teenage years toward the end of the '80s and early '90s. Movies like Bill & Ted's Excellent Adventure, Twins, Dumb and Dumber, Tommy Boy, and Wayne's World were some of my favorites. There was also that rotation of comedic film actors like Chevy Chase, Steve Martin, John Candy, Tom Hanks, Dan Akyroyd, and more that seemingly teamed up every year.

A couple such films in the late '80s became personal favorites for both me and my pal Wyatt. I think he taped both off HBO or Showtime as his family had satellite channels. First was Armed and Dangerous with John Candy and Eugene Levy. Every scene had a laugh or line that just connected with our sense of humor and almost every viewing involved rewinding the highway scene several times. The other movie was See No Evil, Hear No Evil starring Richard Pryor and Gene Wilder. 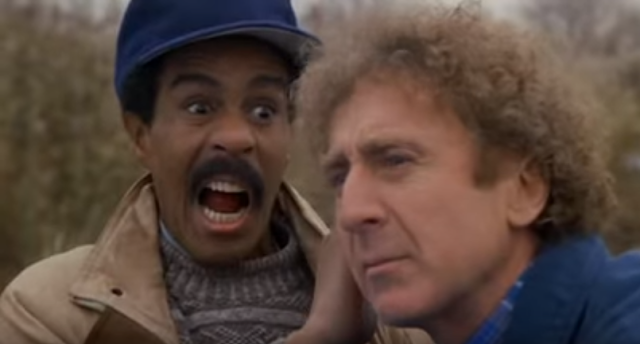 It was the first Pryor/Wilder movie I ever watched and one of the first R-rated comedies as well (Major League being the other.) The blind guy meets deaf guy shtick really worked for us. Plus, it was also the time when us teenagers thought swearing (and more specifically, the hardcore creative swearing in these type of comedy films) was hilarious. I think we were both aware of Pryor's style but seeing Willy Wonka drop some f-bombs also added some level of comedic value to our young minds.

Wilder was my favorite of the duo in the movie mainly because I found him hilarious during the "freak-out" moments of the film...and there were several. But his comedy was also subtle, like when the police officer is trying to take his mug shot or when he portrays the German doctor at a hotel convention and mistakenly introducing himself as "Dr. Kesselbaum" instead of "Kesselring," puzzling the hotel clerk. Wilder's comedy was both attention-grabbing and backhanded throughout this film and I think it's why he worked well teaming with Pryor.

When you think about their movies, most people will name Stir Crazy or Silver Streak before getting this one, especially since it received bad reviews from the minute it was released. Most critics saw the comedy as juvienelle and stupid which is probably why we connected with it more than adults. It did however lead me to watching those earlier Pryor/Wilder films which I guess gave it some intrinsic value to me beyond the childish comedy. Despite the bad reviews, See No Evil, Hear No Evil was a box office success and held the top spot for two straight weeks. Maybe it's not Wilder's best film, but it's one that connected me to his acting career.

Thank you Gene Wilder for sharing your talents. You are gone but not forgotten.