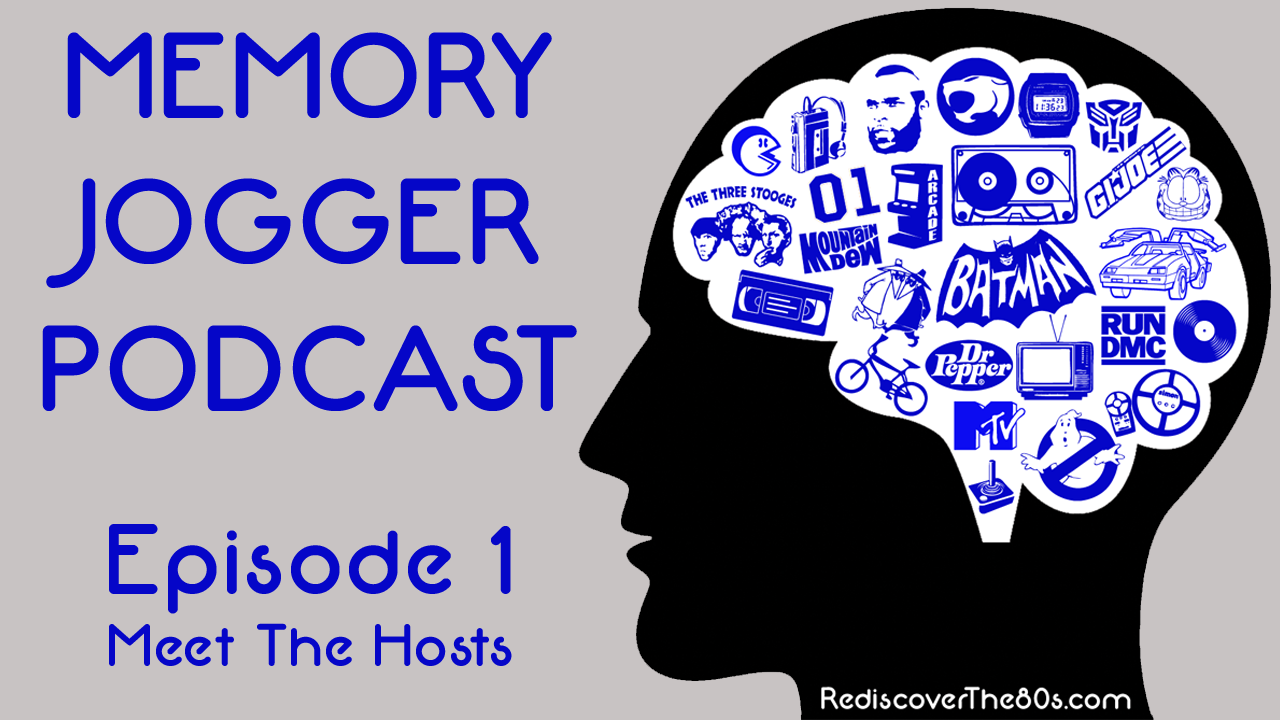 Rediscover the '80s is proud to present the new Memory Jogger Podcast! Jason and Wyatt will be challenging their brains in an effort to remember pop culture from their childhood. The format of the show will be more free-flowing about a general theme rather than dialing in a specific topic. Rather than trying to give a history lesson, we'll be talking about our personal experiences as it pertains to growing up in central PA during the '80s.

In the first show, Jason and Wyatt introduce the podcast's concept and jog their memories on their 30+ year friendship. You'll hear how we were actually playmates before we can even remember, childhood stories of visits to each other's homes, and how nostalgia remains present in our lives today. We also thought Tom Petty's "Running Down a Dream" would be appropriate theme music leading in and out of the podcast.

We won't be exclusively talking about '80s culture on the show, but being that the majority of our childhood was spent in the decade, you can expect a heavy dose. Also as part of the show notes, we'll be compiling all (or a good portion) of everything that gets mentioned or name dropped during each episode. We hope you'll enjoy listening to our memories and also invite you to share your own through the comments section of the show notes or by interacting with RD80s social media.

You can find the new Memory Jogger Podcast as part of the Rediscover the '80s Podcast feed and we'll also be releasing show's on the RD80s YouTube channel. Stream the first episode below and let us know what you think!