Original 'Unsolved Mysteries' Series Returning But Not The Pepsi Club 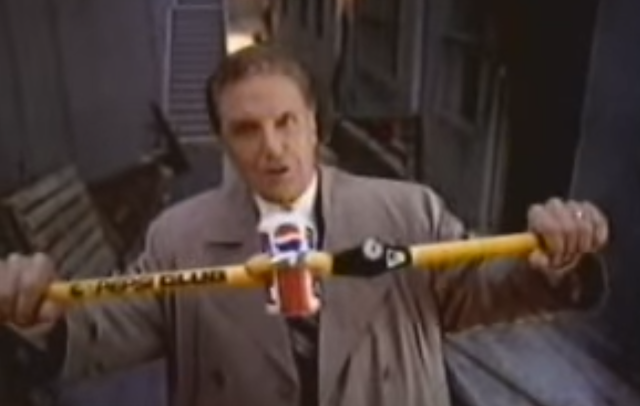 The Wrap is reporting that the original Unsolved Mysteries series is coming to TV streaming for first time. Amazon will begin hosting episodes in 2017 that include updated content to stories featured in its original run between 1987-1999. Two seasons of the revived 2008 show starring Dennis Farina are already available.

Original host Robert Stack and its terrifically creepy theme brought mysteries to over 12 million viewers on average throughout its first 6 seasons. It's popularity was high enough that Stack spoofed his hosting role, complete with trenchcoat, in several movies (Baseketball), commercials, and even a PSA for drunk driving before he passed away in 2003. Most of these cameos were comedic in nature like WebTV which made the spoofs even more fun.

You might remember Stack promoted the "Pepsi Club" in a fun 1997 commercial to deter theives from stealing Pepsi. The advertisement came complete with a dramatization of a theft to further the Unsolved Mysteries trope.