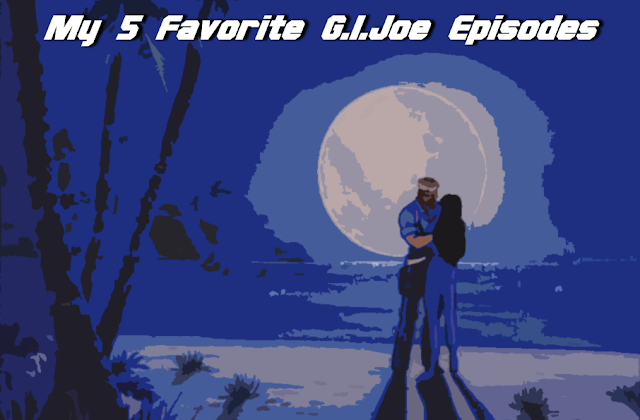 Thanks to some recent G.I. Joe themed articles I've posted, Mickey from Retro Ramblings reached out about doing a crossover article about of 5 favorite G.I. Joe: A Real American Hero episodes. I gladly agreed to compile a list and thought it will also be fun to also choose our favorite 5-episode miniseries. So, once you've check out my picks below, be sure to click over and see Mickey's top choices!

Now before I reveal the list, let me just give a couple qualifiers. This list is based on the original Sunbow/Marvel series. I'm also picking these episodes from both my '80s kid perspective and my adult eyes. After rewatching the entire series recently, there are definitely some episodes that are more entertaining than others. Of course as a kid, they were all good and worthy of the run home from the bus stop to watch. So, my list is based on my favorite characters as a kid and episodes I remember watching plus some that really stood out as great stories in retrospective. 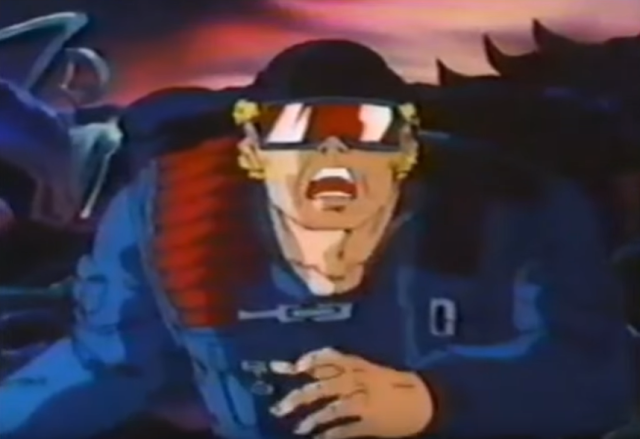 Nightmare Assault (Season 2 Episode 24) When Doctor Mindbender creates a machine that turns the Joes' dreams into nightmares, Lowlight is the only person who can help his friends overcome their fears and foil Mindbender's evil plot.

Low Light has always been my favorite Joe. It wasn't necessarily based on his character in the series but mainly on the figure itself. I've always like his Sniper Night Spotter uniform and accessories. He was mainly a supportive character except for a couple episodes. Low Light (and his sister) had a prominent role in "Glamour Girls" but he and his back story really came through in "Nightmare Assault." While Larry Hama's original file card description states "the night belongs to Low Light", the Sunbow series is quite opposite that he dislikes the darkness and even dealt with past abuse by his father which instilled daily recurring nightmares. So much depth for a character that I originally clung to simply based on his cool rifle with a bipod. I don't specifically remember watching this episode as a kid, but it might be one of the scariest of the whole series with the snake imagery and all of the Joes in peril throughout. 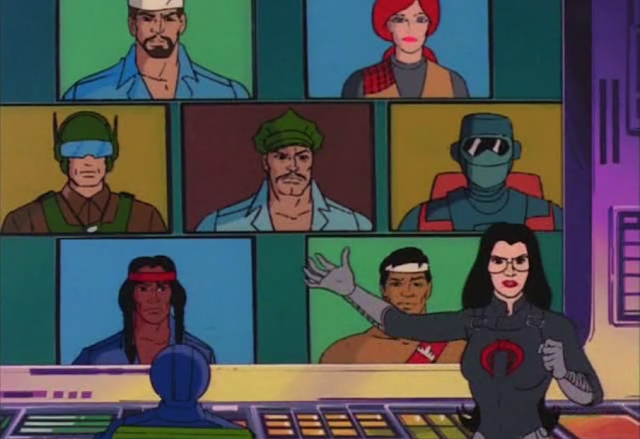 Captives of Cobra (Season 1, Episodes 32-33) Cobra kidnaps family members of several G.I. Joe members and brainwashes them to obey the Baroness' commands. The Baroness commands the captives to attack the Joes in her attempt to retrieve the explosive crystals that Cobra created.

I remember watching this 2-part episode as a kid for a couple reasons. First, the story features just a slew of characters from both factions. Plus, there were all the family members and the cliffhanger meeting with their Joe kin that has stuck in my brain over the years. Secondly, the episode also featured the huge dual cab ATV that carried the crystals. It was such a pivotal part of the episode that I can't even remember it showing up in any other episodes. (Was it even released as a toy?) During my recent rewatch, "Captives of Cobra" still has edge-of-your-seat appeal that sucked in my 12 and 10-year old boys. 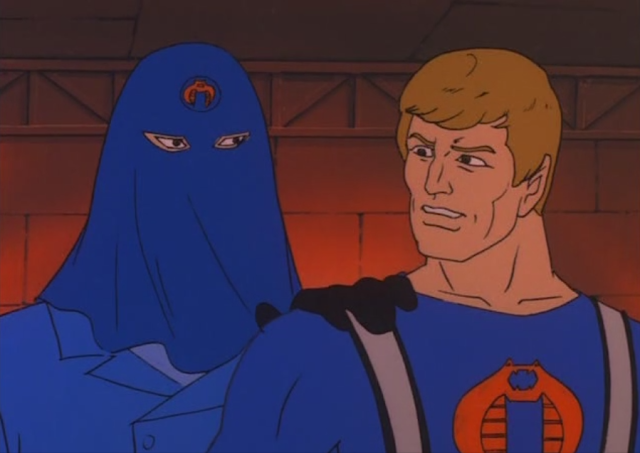 The Traitor (Season 1, Episodes 46-47) G.I. Joe designs a new armor treatment that's impenetrable to laser fire and missiles. While on leave, Dusty is desperate after seeing his mother struggle with her asthma and mounting medical bills, so he makes a deal with Extensive Enterprises' Crimson Twins to pay for the costs in return for the armor formula. He secretly informs Cobra about it, leading his team into an ambush that left Duke in a coma. Now, the Joes have a traitor in their midst.

Dusty was another of my favorite characters and figures as a kid. The desert gear made him perfect for the hours I played outside (usually around my dirt driveway.) This episode also led to using Dusty as a spy among my Joes since I didn't have many Cobra figures. Rewatching this episode made me really appreciate the writing and how the several twists made for a great story. I know I probably didn't understand the whole plot in this episode as a kid, but watching now makes me wish Hasbro's movie producers would take note.

Without Worlds End (Season 1, Episodes 36-37) During a struggle between G.I. Joe and Cobra, an accident triggers an experimental weapon. The Joes are plunged into unconsciousness. When they awaken, the explosion hurls them into an alternate reality, where Washington, D.C. and the rest of the world are under the control of Cobra.

Episodes like this is why this series is still so entertaining today. Often times when cartoons enter different dimensions or go off the norm, the episodes just seem out of place. However, Worlds Without End plays out as a Planet of the Apes style movie that flips the reality of the Joes. I can't specifically remember watching this 2-part episode as a kid but it had to have been mind-blowing to actually play out a Cobra-ruled world and defeated G.I. Joe team in the actual series and not just in our playtime.

Memories of Mara (Season 1, Episodes 45) G.I. Joe go underwater to find a nuclear submarine called the Nerka, and rescue a crew being held captive by Cobra. Helping in the search is Mara, a woman Shipwreck saved from drowning who has blue skin that was genetically modified by Cobra to be the first of many "aquatic commandos".

Shipwreck was always one of the characters that I liked plainly based on his attitude. He always seem to walk to his own drum beat and even though was part of the team, never let Duke or anyone truly boss him around. While he definitely had "the hots" for several Joe girls, giving him a pseudo mermaid as a love interest was just brilliant. When they couldn't be together that just compounded Shipwreck's love for the sea and later play into his mind in the "There's No Place Like Springfield" 2-part episode.

G.I. Joe: A Real American Hero was built on several mini-series stories, two that began the everyday series and one that introduced the new characters in season 2. As a bonus, here is my favorite...

Arise, Serpentor Arise! (Season 2, Episodes 1-5) After being inspired by a strange dream, the fiendish Doctor Mindbender plans to obtain the DNA samples of history's greatest conquerors in order to make the Cobra Emperor.

While I hold dearly the original mini-series and my early memories of watching G.I. Joe for the first time, my favorite 5-episode story is the creation of Serpentor. Not really because I liked the character but more for the worldwide plot used for the battlefield. The other 5-episode arc's had a worldwide feel also, but to me this story really gave a interesting reason for battles across the earth. Plus, when you add in the new characters and teaming them up with several of the original characters, it made for some great teams and just a smorgasbord of personalities.

Well that does it for my list! Tell me how many of my choices would be in your Top 5 and other episodes you hold in high regard in the comments below. Also, don't forget to click over and see Retro Ramblings' Top 5 G.I. Joe Episodes too!