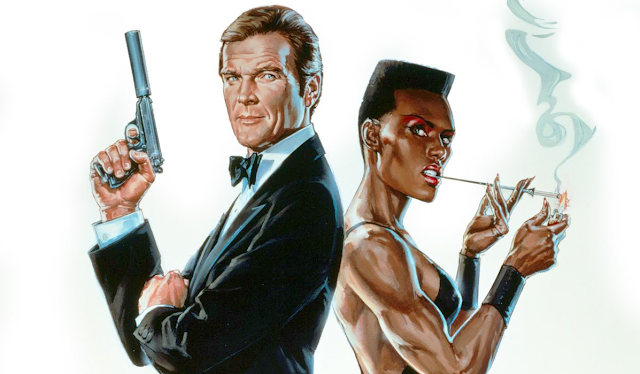 A neighboring family from my childhood subscribed to HBO. Occasionally, I would phone down to my house and ask my parents if it was okay to watch certain movies. My friend's dad was there to supervise so we wouldn't watch anything too inappropriate and he was the one who insisted that I call home.

I was about 10-12 years old at the time so these calls were usually for PG-13 movies (one of which I remember was Peggy Sue Got Married.) Sometime I'd say in 1986, I was visiting and a movie called A View to a Kill came on. Even though it was rated PG, I made the phone call for permission. It was approved by my parents and I was introduced to the English spy James Bond. It was truly an eye opening experience for my young brain. I had been introduced to the idea of secret agents before mainly in cartoons, but this real life version was very appealing. 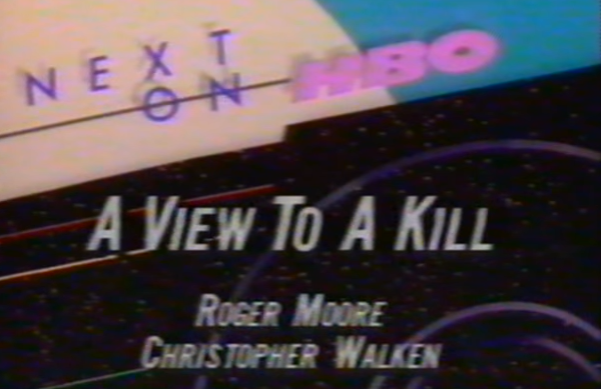 James Bond had cool gadgets like x-ray glasses, tiny cameras hidden inside rings, and submarines disguised as icebergs. He was never afraid of danger nor the company of beautiful women. And while he spoke with an British accent, he spoke the universal language of fighting against the bad guys. For my young eyes, it was a intriguing fantasy world that I would grow to love from that point forward.

Last week at the age of 89, James Bond actor Roger Moore passed away. It was a sad day for me because he was the actor who introduced me to the character. He portrayed Bond over the span of 12 years and 7 films. He was also the oldest Bond actor, beginning his career at age 45 and retiring at age 58 in 1985.

He's probably not the popular choice for most fans when asked "who is your favorite James Bond", but he was my favorite. Over the years I've consistently watched his Bond films the most when given the choice. Live and Let Die, The Man with the Golden Gun, The Spy Who Loved Me, Moonraker, For Your Eyes Only, and Octopussy are all very rewatchable to me with, of course, A View to A Kill being the one that takes me back to my childhood.

While scrolling through clips of Roger Moore on YouTube recently, I found this A View To a Kill promotional video which includes behind the scenes footage and some history behind the movie. Check it out below as a farewell tribute to Roger Moore...