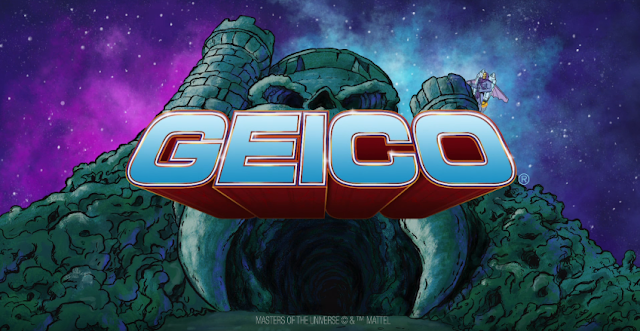 Masters of the Universe continues to be used in modern culture which recently has been in television advertising. You might remember that UK retailer MoneySuperMarket used characters in a live-action commercial with Skeletor dancing through the streets. This time, American car insurance giant GEICO taps into Eternia to reach '80s kids at heart.

He-man, Teela, Man-At-Arms, and Battlecat have cornered the evil Skeletor and threaten to vanquish him to another dimension. Skeletor appeals to He-Man's wallet to escape the situation in the new commercial. Enjoy below...

Shout out to @childgolden on Twitter for bringing the ad to my attention.
Newer
Older
Powered by