Retro Con 2018 Is Guaranteed To Be Truly Outrageous! 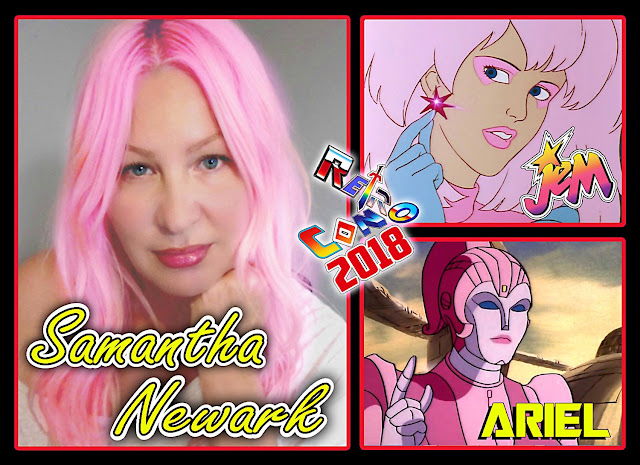 We are just two months removed from Retro Con 2017 and as great as the show was, it's now time to get ready for next year's show! Dates have already been announced along with the first celebrity guest. Retro Con 2018 will return to the Greater Philadelphia Expo Center in Oaks, PA on October 13-14, 2018. RD80s is excited once again to publish announcements throughout the coming year and of course, coverage at the convention.

It's Showtime, Synergy! The original voice of Jem and Jerrica from Jem and the Holograms will be attending Retro Con 2018! Voice actor Samantha Newark will be on hand to meet at the show as well as be one of the judges for the Truly Outrageous Karaoke Contest. Newark also voiced the Autobot Ariel in the "Wardawn" episode of the Transformers G1 series that revealed the origin of Autobot Leader Optimus Prime. She is also a singer and anime fans may remember her performance of “In Your Eyes” from the classic 1986 anime film Project A-ko.

For more on Samantha Newark, visit the official announcement on the Retro Con website. Mark your calendars now and we hope to see you at Retro Con 2018!
Newer
Older
Powered by