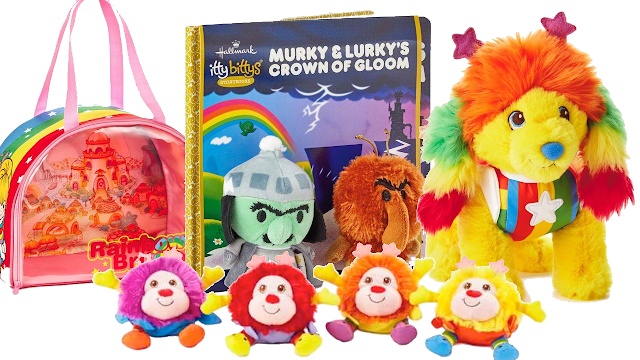 Since it’s reboot in 2015, Hallmark’s Rainbow Brite has enjoyed a level of success not seen since it’s original release in the early 1980s. This winter, Hallmark has extended the brand with several new pieces sure to brighten the day of new fans and old friends of the most colorful girl in the universe. 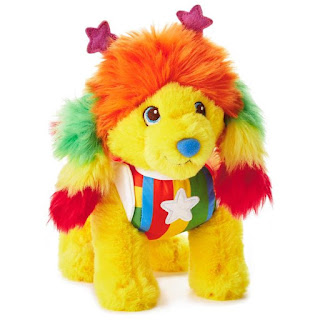 New plushes include the the beloved Puppy Brite. With his floppy ears, adorable expression and soft build, Puppy Brite is sized perfectly to play along with the 18” Rainbow, Stormy, and Tickled Pink dolls previously released and one of the most adorable characters in the line. Joining the colorful canine are several Baby Sprites. Late arrivals to the original world of Rainbow Brite, the '80s counterparts to these lovely little tykes are very rare and very coveted by original fans. With their multi-colored fur and cute as a button faces, the sprites are sure to be best-sellers. 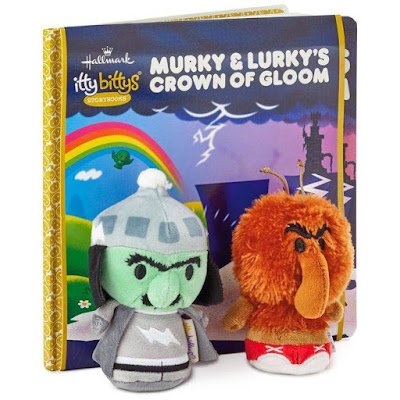 Two new itty bitty’s have joined the Rainbow Brite line as well. The villainous Murky and his bumbling assistant Lurky come as a pair along with an all new book Murky and Lurky’s Crown of Gloom. Written by Megan Haave with illustrations by Ralph Cosentino, it’s the second Rainbow Brite story in the itty bitty storybook collection. 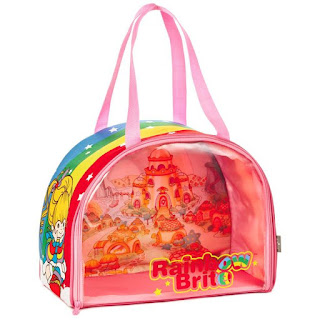 Another new release in the Rainbow Brite line is the Rainbow Land Toy Carrier Bag. The canvas case is decorated with bright sides, and a clear front that allows the characters to be fully seen while on displace in front of a beautifully painted backdrop of Rainbow Land, perfect for displaying the dolls or itty bittys.

Thanks to Hallmark, this winter has been a bright and beautiful one and it looks like the spring will probably be the same way. Upcoming releases in the Rainbow Brite line will include a video game collaboration with Coleco, more stories, even and rumors of Funko Pop figures have begun circling around on the internet. Only time will tell, but from where I’m standing Rainbow’s colors are only getting brighter.
Newer
Older
Powered by