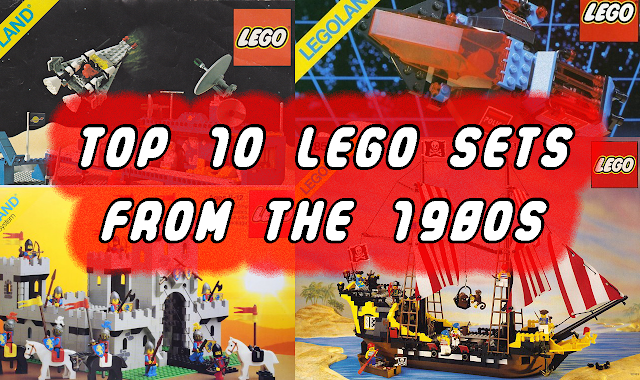 LEGO was a source of fun, and it encouraged our creativity and determination while we were growing up. Making LEGO constructions was an activity that we all looked forward to. While having the best LEGO sets made you a king, successfully constructing one promoted you to “legendary” status amongst your peers. You became simply immortal and untouchable.

The 1980s is considered as one of the most creative and productive period for LEGO designers as they came up with amazing sets. Here are 10 LEGO sets from this era that you just cannot afford to miss out on. 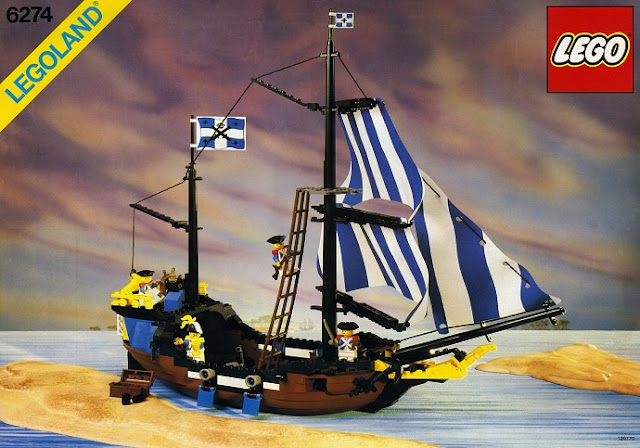 The LEGO Caribbean Clipper is otherwise known as the Governor’s Ship Sea Hawk is a set that contains a master flagship and four mini-figures. This set is an exact replica of the Imperial soldiers’ master flagship boasting of four cannon holes, two on either side.

The Caribbean Clipper is one of the only two sets that contain mini-figures with a rare Governor’s Broadside. The set has at least three cutlasses, a musket, and a pistol as weapons. The 396-piece set is much appreciated by LEGO lovers and collectors who appreciate creativity with a keen eye for detail because this is a masterpiece. 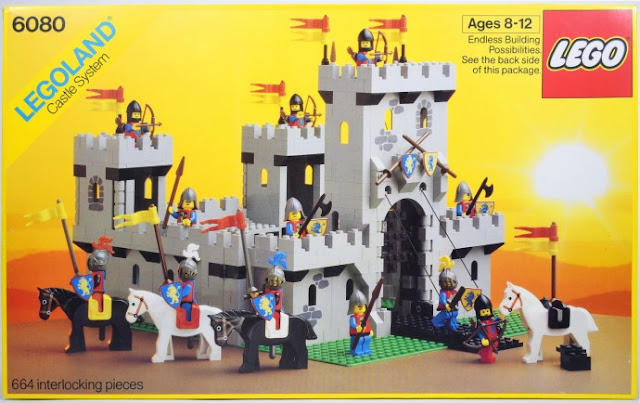 All the hype that surrounded the King’s Castle was not for nothing. LEGO devised a fantastic piece of artwork presenting a modular castle design with towers, dungeon, and the King’s throne. The set has 3 mini-figure variety: archers, soldiers, and knights manning the castle.

The winch for the drawbridge at the castle’s entrance is a genius piece of work that adds taste to this exciting treat of a game. The set has 12 figures, 4 horses, and 4 types of weapons; and these are at your disposal. The Castle’s playability and attraction are only increased by its mobility and ability to change its shape. More complex designs have since been released, but this 669-piece solid set was painstakingly made by 1984 LEGO designers. 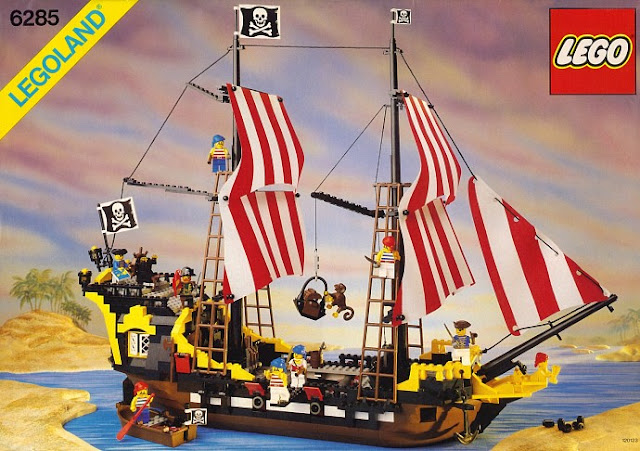 This pirate-themed Black Seas Barracuda set is also known as the Dark Shark. It’s made up of 865 pieces and 8 mini-figures. There are four cannons on the ship (two on the left and two on the right), two square-rigged masts, and there are also four cargo bays (each bay is covered by a hatch). The captain’s quarters are housed in a stern castle, and it becomes accessible when the wall is folded downward at the stern.

A rare featured monkey and a comic captain-look makes the set fun and interesting to construct. The Black Seas Barracuda may share common features with the Caribbean Clipper. If, however, you take a closer look, you will notice that the architectural contrast differs immensely. 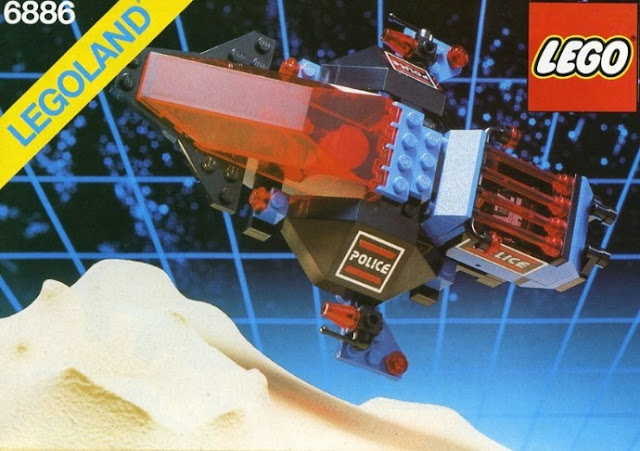 Galactic Peace Keeper is a space police set that is otherwise known as the Space Police Hunter. This package comes with a spaceship that has two mini-figures: a space police and an astronaut. It features exchangeable jail cells, two laser guns mounted on expandable arms that are hidden beneath the ship’s side canopies. These particular canopies are unique to this cell only. The Peace Keeper’s parts are movable and detachable, and this makes it less complicated. The 121 pieces set poses no challenge to construct; however, the brilliance of its design, when it takes shape, makes it one of the best pieces LEGO ever had manufactured. 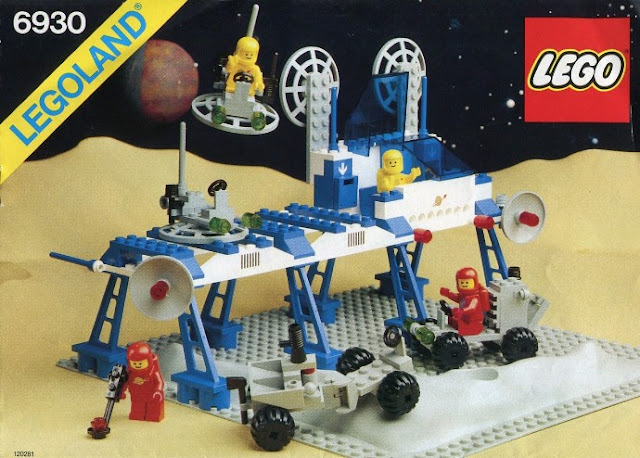 The Space Supply Station is easily seen as one of those LEGO sets that involved a lot of thought before it was put together to recreate a space station look and feel. It included a large surface base, 2 identical hover vehicles, and 4 astronauts (2 red and 2 yellow). A storage bin is affixed to one of the hovercraft and two load skids are fitted in the back.

The base sits on a creator baseplate, and it has a long platform sitting on support struts. The platform holds two landing pads for the hovers and a control center.

On the inside of the control center is a clever attachment of two seats with computer screens and storage bins in front. Communication is thriving in the station by two large dish antennas outside. You really do not have to visit a space supply station to see one. This 202-piece LEGO set brought one into your house decades ago. 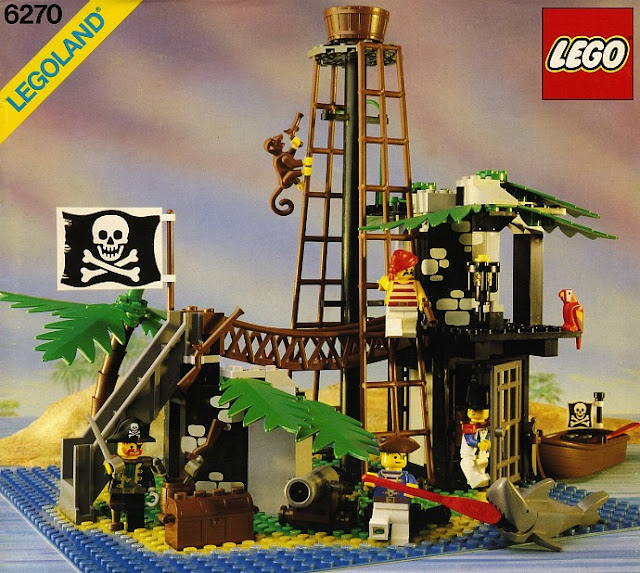 Are we to assume that 1989 was the year that LEGO designers brought forth their stroke of genius? This is not an assumption, but a deduction as we take note of, yet another masterpiece: The Forbidden Island set which is commonly known as the Pirate Island. This Forbidden Island is another stunning success that debuted in this year. It included a pirate hideout, 3 pirates (it also includes Captain Redbeard and his First Mate Rummy), a boat, a monkey, a shark, and a captive imperial soldier.

There is a staircase on the island that winds up to a bridge made of “rope” leading to the primary floor of a tiny building. Here, there is trapdoor that leads to the prison cell contained on the ground floor. A cannon, treasure box, and a lofty mast with a bird’s nest give the piece an outstanding look when completely assembled.

The Forbidden Island was one of the first sets and the first production of pirates. It was later replaced by the much larger Rock Island Refuge, though it had already made its mark as one of the 1980s finest. 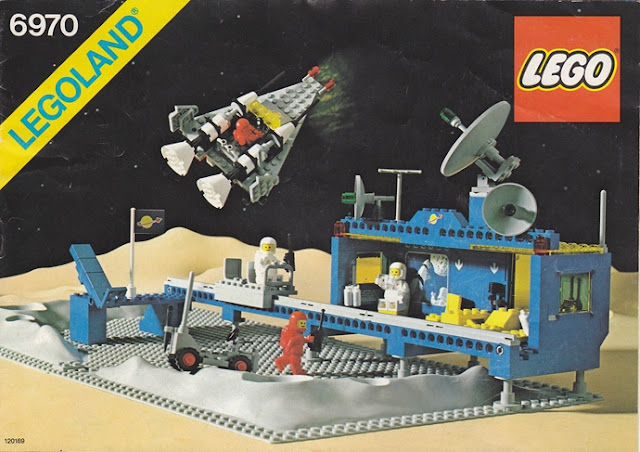 Command bases do not come much better than the Beta-1 Command Base. It is a classic set that comes with a surface station that includes a spacecraft, an open cockpit, a two-rocket engine, a rover, four space astronauts (two are white and two are red), and a short monorail track.

The 254 pieces are built on two baseplates which represent a crater. There is a blue building, a launch rack for the spacecraft, and the monorail track. The contents of the room are a room with two seats, a table, and two beds. On its roof are several antennas, together with one large dish antenna on a turntable. The viewscreen on the interior wall provides visibility showing the rocket prior to launch.

It is extremely difficult to believe that the innovative design of the Beta-1 Command Base is a 1980 design. The designers have really outdone themselves, and this may be thought of as a precursor to expect great crafting during this decade. 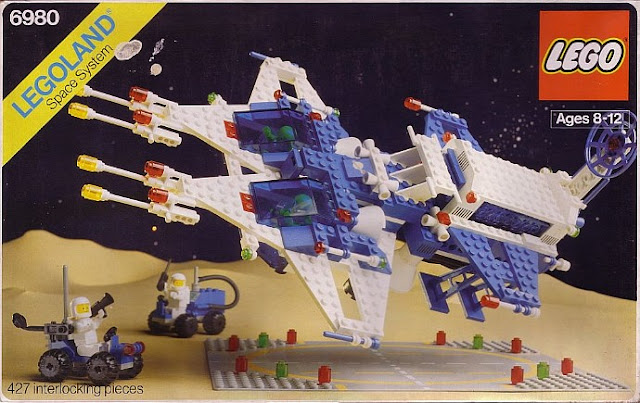 Prepare yourself to be blown away by the Galaxy Commander, LEGO’s first twin-cockpit spacecraft. Included in the packaging are a spaceship, a landing pad, two rovers, and five space astronauts (two white, two yellow, and one red).

The spaceship has two detachable segments. The front section is comprised of two cockpits and the aft section has a separable lab module that is held in place by two clamps. The lab module’s section is accessible by folding the roof to the side and is equipped with a dish antenna that can lie flat on the roof. The rovers were also customized; one was fitted with a metal detector while the other was equipped with a horse.

The sophisticatedly designed spacecraft was the largest space set of its time with 427 pieces. 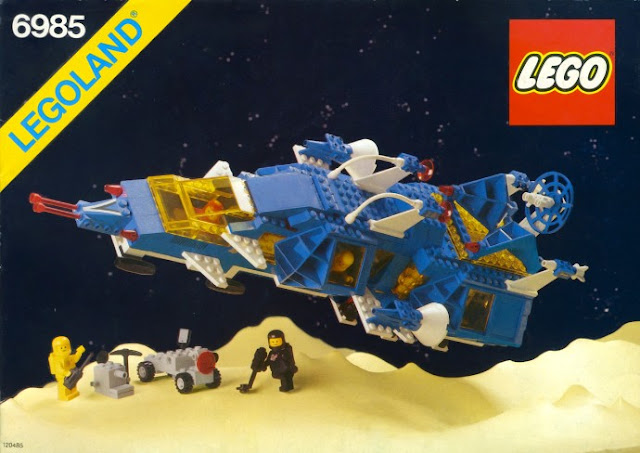 The Cosmic Fleet Voyager was one of the best gifts from LEGO to 1980s LEGO lovers and collectors alike. Also known as the Tauren Ore Carrier, the Cosmic Voyager comfortably accommodates a spaceship, a rover, and four astronauts represented by black-, white-, red-, and yellow-garbed mini-figures.

The transparent-white spaceship has two detachable compartments; one is a research room and the other is a storage room. The 413-pieces LEGO theme is equipped with vents, grills, arrows, and horses, thereby lending to it a legitimate look.

The Cosmic Fleet Voyager was the second largest creation of this decade after the Galaxy Commander. But the ultimate fun in building it is valueless. 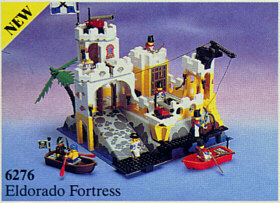 Here is another 1989 classic, which seems like the best year of the ‘80s for LEGO. The Eldorado Fortress is a 517-piece pirate-themed set that consists of 8 mini-figures, a firing cannon, a crane, an underground treasure safe, a jail, and the Governor’s chambers are also included. The “firing” cannon operates when the rear nipple is pulled and released, hence “shooting” the cannonball.

Which Are Your Favorite 1980s Sets?

LEGO sets will still continue to wow us for quite some time to come. It does not matter which decade it is, and what is the design; but the 1980s has definitely left a memorable mark in brick-building circles. So much so, that collectors continue to collect them and those who had them as a child, continue to write about them in forums.

Which set caught your attention from this era? Do you have a set or think that there should be one on this list that we did not include? We would love to hear from you. Please share your thoughts, views, and comments with us.