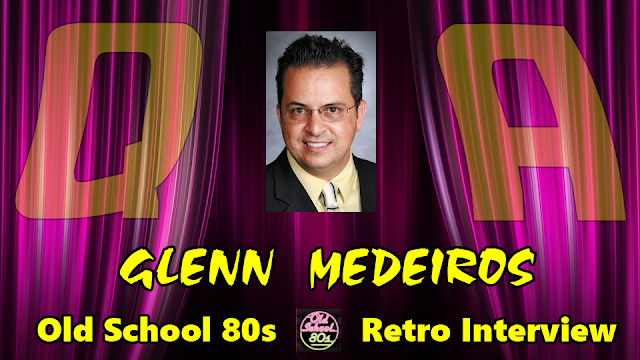 (This interview was originally published February 20, 2014 on the now-retired Kickin' it Old School blog. It is one installment in an incredible series of interviews we are republishing on Rediscover the '80s for posterity and your enjoyment. These are more than just interviews in a way; they are more like '80s timelines or oral histories on their respective subject matters. Please keep in mind the original date because some content could be specific to the time of the interview, though the majority should be timeless and totally rad.)

This time that awesomeness is Glenn Medeiros. He is probably best known for his 1987 worldwide hit "Nothing's Gonna Change My Love for You" and also his 1990 smash "She Ain't Worth It". The handsome Hawaiian burst onto the pop scene in the late-'80s and immediately became a teen heartthrob. He still makes and performs music, but has turned his attention more to education and teaching in his native Honolulu. Find out a little about him, his big hit songs and more as we get on to some selections from my interview with Glenn Medeiros... 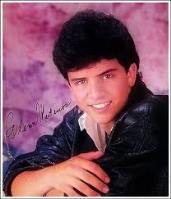 Q: When did you know you wanted to be a professional musician? When and how did you get your own start in the music industry?

Glenn: I've always wanted to be a professional musician ever since I can remember. I got my start as a professional singer after winning the Brown Bags to Stardom Contest in Hawaii [in 1987 at the age of 17].

Q: Of all of the songs, how did you choose to cover George Benson's "Nothing's Gonna Change My Love for You"?

Glenn: I chose it as the song I would use for the contest mentioned above. It was one of my favorite songs at the time. I'm also a big George Benson fan. 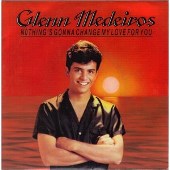 George Benson originally recorded the single for his 1985 album 20/20. Medeiros' version of "Nothing's Gonna Change My Love for You" not only won that local radio talent contest, but also caught the ear of a visiting radio executive from Phoenix, Arizona. He took the record back to the mainland and it eventually became a hit, not only in America, but all over the world.

The single peaked at #12 on the Billboard Hot 100, but also spent four weeks at #1 on the UK chart in July 1988 while going to #1 or #2 in at least eight other countries. I have always found the song quite appealing and it usually seems to bring a smile to my face whenever I hear it. Here is the music video for "Nothing's Gonna Change My Love for You" by Glenn Medeiros...

Q: Please take us back to when you first performed and recorded your version. Did you feel like you were making something that could be special? What do you remember about recording it? 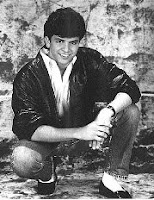 Glenn: I've always felt that George Benson's version was much better than mine and I still do today. Timing is everything and I was lucky. I've always thought the song was special. Recording the song was nerve racking because I had very little experience in the recording studio before singing the song in a small studio here in Hawaii.


Q: You were just 17 years old when the song became a hit. Were you prepared for the attention and all of the other things that come with a pop stardom? What are some of your best memories and coolest things you were able to do at the height of popularity back then?

Glenn: No one can ever be fully prepared for becoming a pop star. I was lucky to be surrounded by people who kept me grounded. I enjoyed most meeting the people I did when I traveled to over 30 countries. I also enjoyed seeing the many historical buildings throughout Europe and Asia. My favorite city is Paris.

Q: What are your feelings about "Nothing's Gonna Change My Love for You" now over 26 years later?


Glenn: The song is special because it speaks of unconditional love. Also, the tune is very catchy. I still enjoy singing it.


Q: It just missed being technically part of the '80s, but I still want to ask about "She Ain't Worth It". How did that song end up coming to you to record? What can you share with us about creating this hit? Did you have any expectation that "She Ain't Worth It" was going to become the smash hit it did? 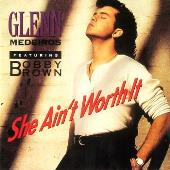 Glenn: My record company felt it would be best for me to get into the hip hop scene. Although I loved listening to hip hop, I did not feel it was the best route for me to take; however, I was persuaded to eventually do so. I do like the song, but I'm not too keen about the title. I thought it had a good chance to be a # 1 song because it was catchy and it did have the full support of MCA Records.


Q: What can you tell us about Bobby Brown and performing with him on this song?

Glenn: Bobby is a good person. He was just surrounded by the wrong people that had a bad influence on him. I enjoyed working with Bobby. He is surely one of the most talented people I have ever met.


"She Ain't Worth It" was released in May of 1990. It had a little bit of a new jack swing feel to it featuring a rap by none other than Bobby Brown. It reached the top of the charts spending two weeks at #1 on the Billboard Hot 100 in July of 1990. I remember it well from all of the radio airplay it received that summer and it still makes me bop my head to this day. Here is the music video for "She Ain't Worth It" by Glenn Medeiros featuring Bobby Brown... 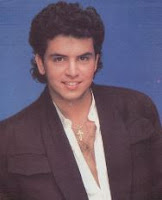 Glenn: Great melodies and creative use of technology to develop new music with the onset of computer-based arranging.


Q: What are some of your proudest professional accomplishments? Do you still actively sing and/or write music?


Glenn: I owe so much to my music career. Traveling opened up my mind. Touching people with my music was a true blessing. I still sing and write music in my free time and I plan to do more writing in the future.


Medeiros received his BA in History and his MA in Elementary Education and has taught nearly every grade at various schools in Hawaii. He is currently the Vice Principal at Maryknoll High School in Honolulu.

Q: What else is Glenn Medeiros up to nowadays?

Glenn: I am finishing up my doctorate degree in Educational Leadership at USC. I hope to graduate in a few months. I have a wonderful family and I appreciate everything I have.


I am so pleased that Glenn was able to take some time to answer some questions so I could share them with you here. I want to take this occasion to again thank Glenn Medeiros for his contributions to '80s pop culture especially through "Nothing's Gonna Change My Love for You" and, even more, for going back to the '80s with us here for a little while as well.