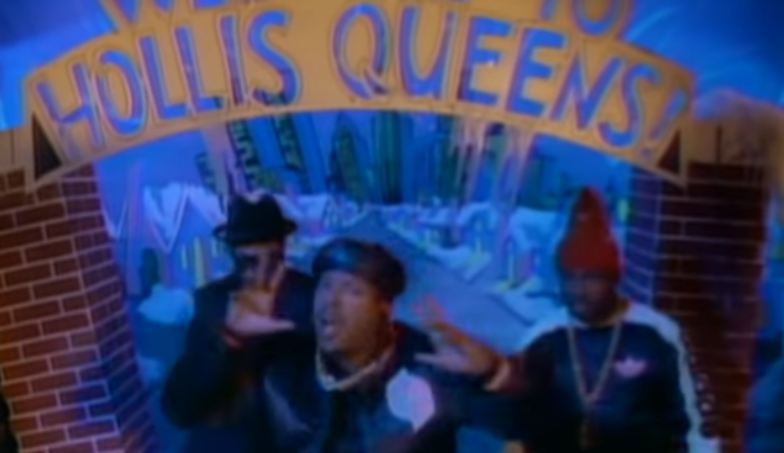 The MTV era of music was by far the best and gave us thousands of great (and not so great) music videos to accompany our favorite songs on the radio. As a fun way to rediscover these weird, ground-breaking, sexy, epic, and just plain fun visual masterpieces, I'm offering my very own Bodacious Breakdowns which include stills from the video and my off-beat commentary. The featured video will either be selected at random or suggested by you!

In 1987, Run-D.M.C. released what was the 2nd ever rap single to feature a Christmas theme (Kurtis Blow "Christmas Rappin'".) They were hesitant at first when their publicist Bill Adler presented the idea to release a song for the A Very Special Christmas album benefiting Special Olympics. But after hearing the concept for "Christmas in Hollis" and working with producer Rick Rubin, the highly successful rap group agreed to make the record.

The music video was shot during Run-D.M.C.'s 1987 tour and was directed by Michael Holman (Graffiti Rock.) It features an elf from the North Pole who manipulates Santa's Naughty/Nice list and pays a visit to Hollis, Queens, New York (for which the song is named after.) The music video also features an appearance by Daryl "DMC" McDaniels' actual mother. Rolling Stone magazine awarded it the Best Music Video of the Year for 1987.

Let's get in the holiday spirit by rediscovering the music video. Then, scroll down for what popped in my head while watching in my bodacious breakdown... 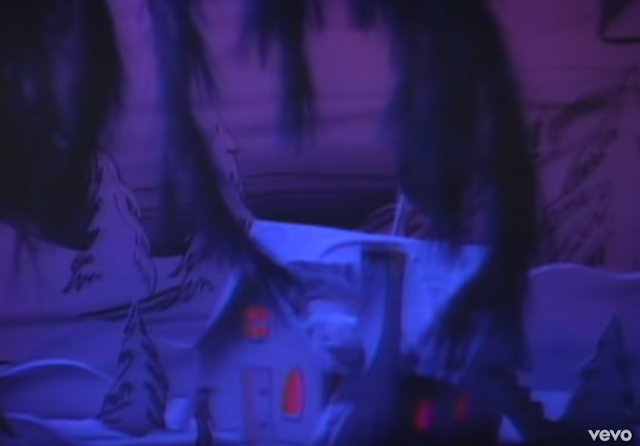 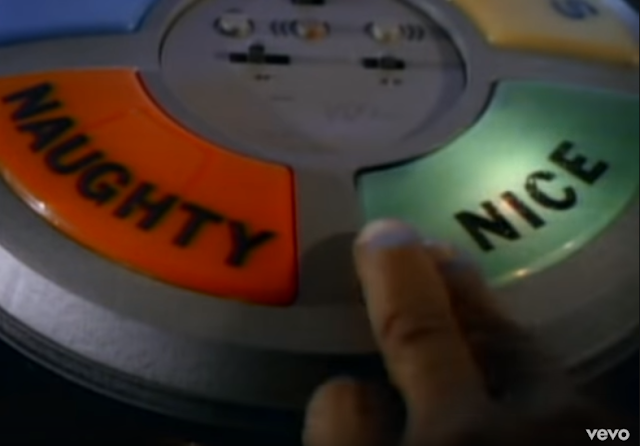 0:09 - Santa's elves converted a Simon game for his Naughty/Nice list! I love technology. 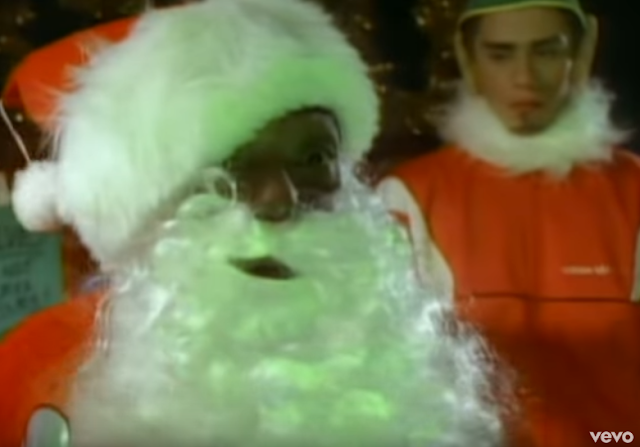 0:24 - And why is this elf in charge of the Naughty/Nice list? He doesn't look like he has much experience. 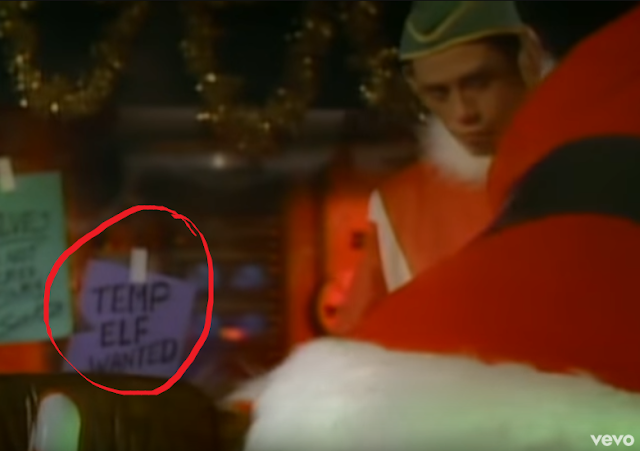 0:30 - Just what I suspected, leaving priorities to temporary help. Santa needs a business partner for Christmas!! 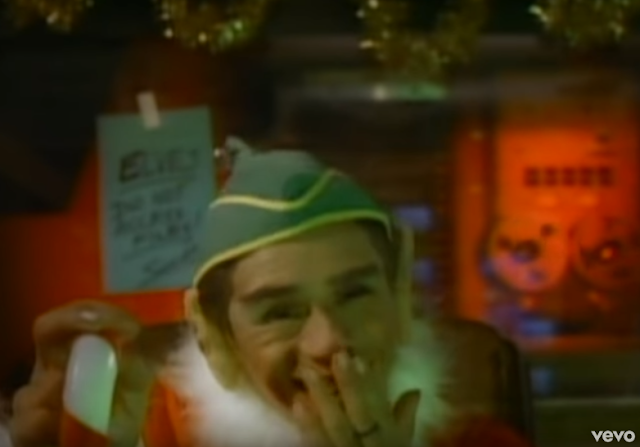 0:52 - Now this elf is just messing up Christmas for all these nice kids! If I had a rubber hose, I would beat him... 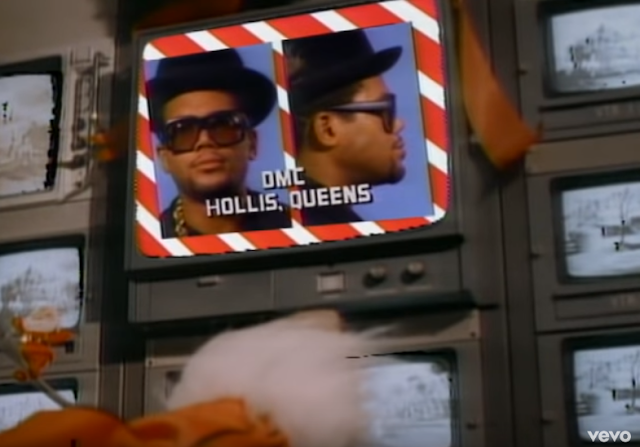 1:02 - I swear if he marks Run, DMC, and Jam Master Jay as naughty and they don't get new Adidas jumpsuits for Christmas, this elf is going down! 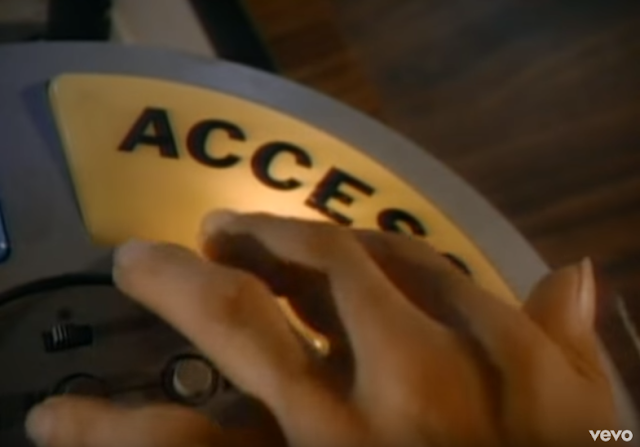 1:09 - Wait, the Naughty/Nice Simon is also a voyeur device? Why would Santa want to leave in the first place? This elf must have a blackmail picture of Santa spiking the eggnog or something. 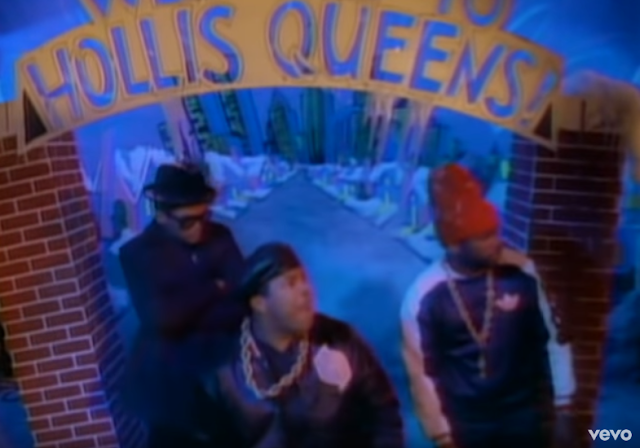 1:15 - Nice to see they keep their streets nicely shoveled in Hollis. 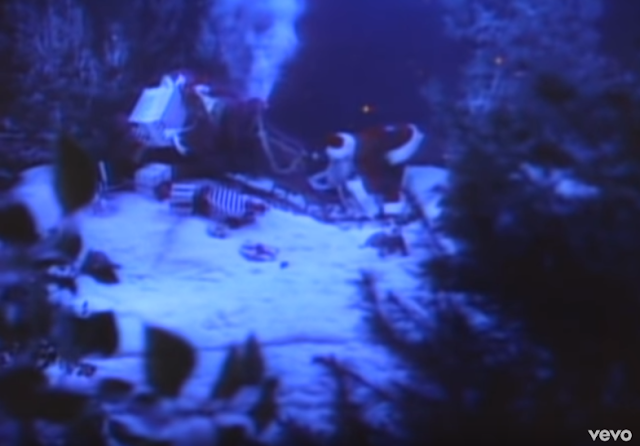 1:16 - Maybe Santa IS spiking the eggnog if he's crash landing the sleigh! 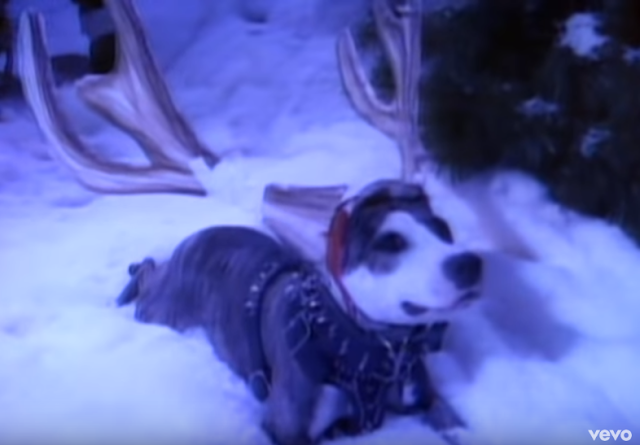 1:21 - Ill reindeer...or maybe the Grinch is soliciting Max as a taxi service for extra holiday cash. 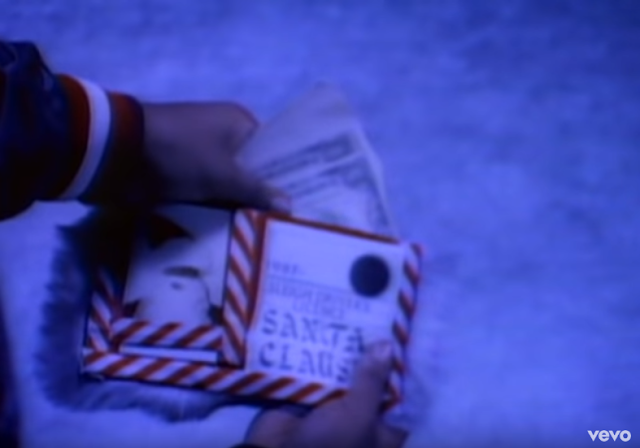 1:36 - Santa carries ALOT of cash. Maybe he wasn't boozing but got sleigh-jacked! 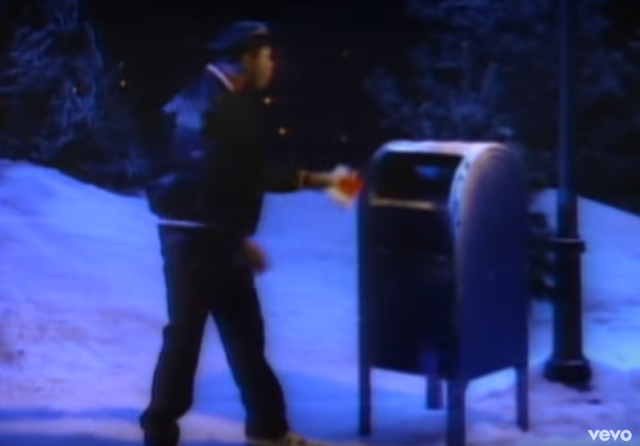 1:45 - Rev Run, doing the right thing and mailing back Santa's wallet. However, it may not get far if he's not applying the proper postage. 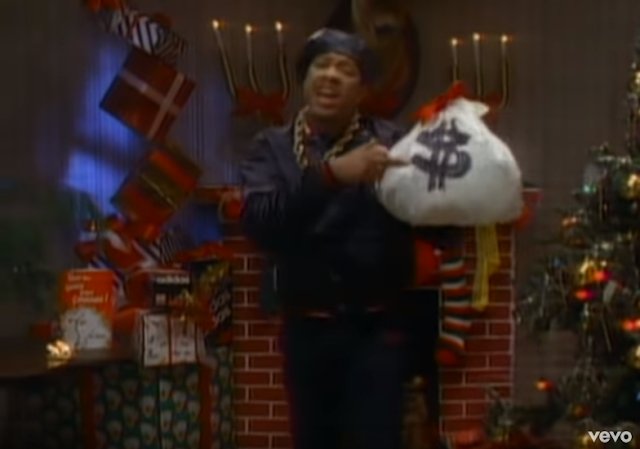 1:51 - Why is Santa never moonlighting for Brinks Security when he stops at my house???!!! 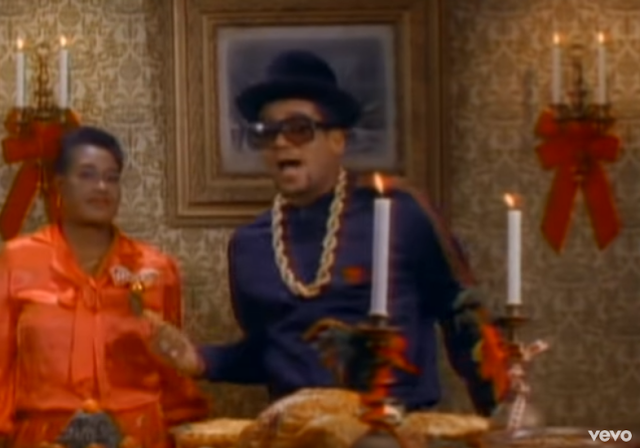 2:05 - Moms has got the spread...and on a rotating table! I need that at my house so I don't have to bother anyone to pass the cranberry sauce. 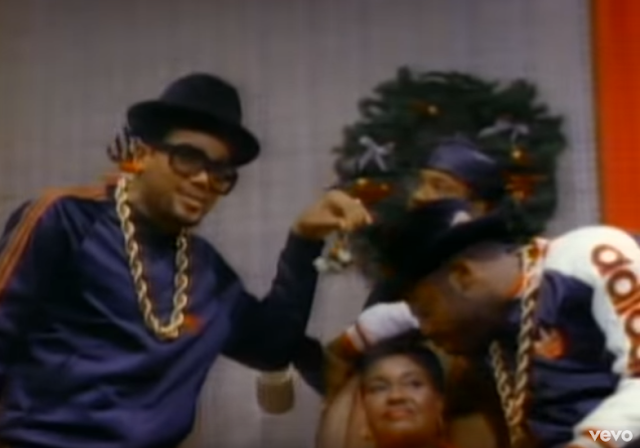 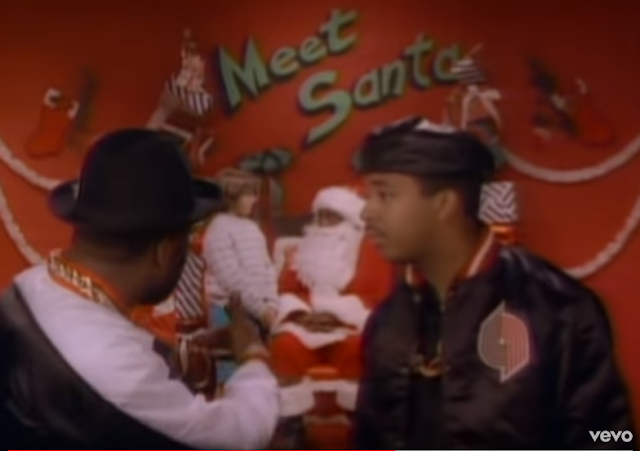 2:30 - I think I might put that rad Trailblazers jacket on my Christmas list. Man, what ever happened to those shiny sports jackets? 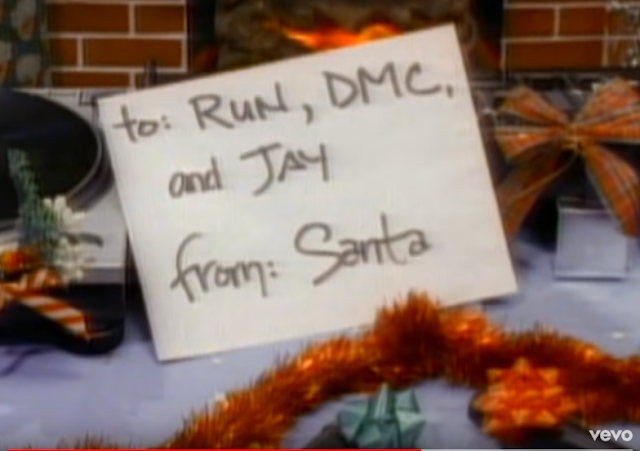 2:40 - Santa is dope! Two microphones and an old-school turntable for Christmas presents! 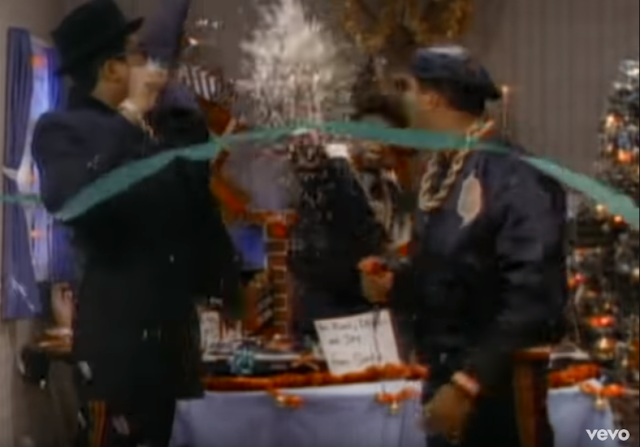 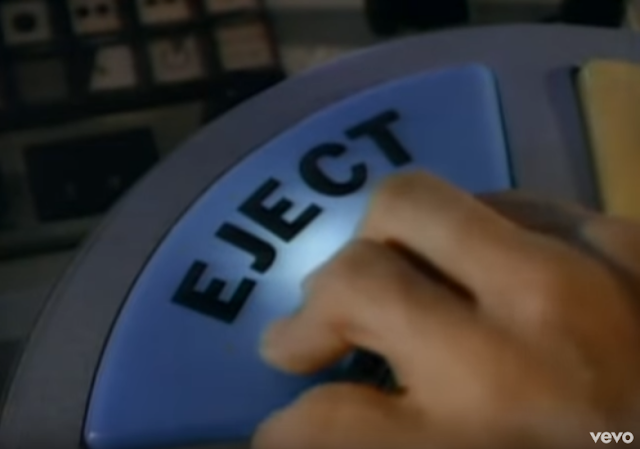 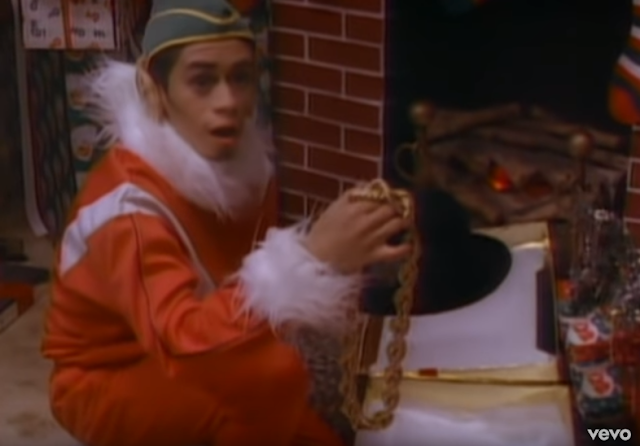 3:27 - Holy Snowballs! The elf teleported...and he's stealing DMC's chains! C'mon Moms, get him outta here before he steals the homemade mac and cheese! 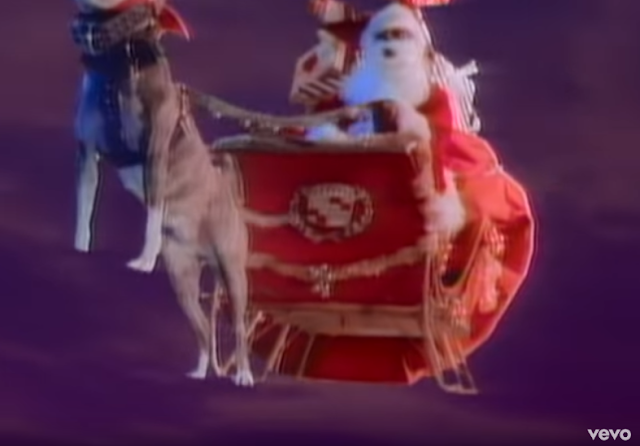