Reasons Why the '80s Was Just the Best All-Round Decade 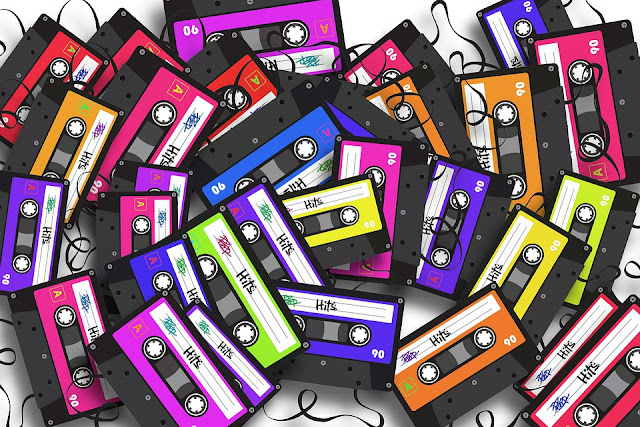 The '80s really were the greatest all-around era. There were so many technology advancements and the pop/rock scene just exploded to name just a couple things. Take a look below if you want more more random reasons why the '80s were so great.

One of the best '80s boy bands Duran Duran produced the hit single “Hungry like the Wolf”. This was a new-wave anthem with just a little bit of strangeness. The video featured the band messing around in a sunny spot, sporting the finest '80s fashion gear, which added to the charm and allure of the song itself.

The '80s really was the decade of music. This British record label actually came from humble beginnings, and before anyone knew it, the independent label had become a mark of quality. They went on to support bands such as Pixies, Modern English, Cocteau Twins, and Throwing Muses.

This era saw a leap in comedy. The '70s was a comfortable time for comedians as they were able to play it safe and still get the crowd roaring. The '80s came along and ruined the '70s image, especially in the UK. French and Saunders, Black Adder and even the Young Ones hit the screen and this changed the world of pop culture. Since then, new comedians such as Vic Dibitetto have come to light and this all stems from a series of changes that happened a few decades ago.

Girls Just Want to Have Fun

Cyndi Lauper was another icon from the '80s who changed the world as we know it. She was a musical genius who brought around a style that hadn’t really been seen before. She combined a cartoonish style with pop gems with some saying that she was Madonna, before Madonna. The songs she wrote burst onto the scene and brought joy to a lot of people, especially women.

The Cure quickly became famous with lead singer Robert Smith known for his smeared lipstick and his crazy gang. They focused on singing wonderful tracks that were both bizarre and cryptic and as time went on, the band completely reinvented themselves. This brought about a new wave of music and it also meant that the band would go down in history as being one of the best things to come out of the '80s music scene.

Sure, home taping might have killed music but that didn’t stop people from creating mixtapes for their loved ones. Mixtapes came from a very personal place with a lot of emphasis on song selection. You could even decorate the front of the tape with your own personal message too, and as we all know, using Spotify just doesn't seem to be the same.

The Smiths had a huge run of hit singles. This was seismic for the scene and it also served as inspiration for any band to come out after them too. The band has certainly come a long way, but it is safe to say that the '80s really was the time when they burst onto the scene.

Music wasn’t the only thing to come out of the '80s. In fact, Super Mario Brothers was one of the biggest hits from a decade when times were happier and simpler. Something as simple as two guys running away from mushrooms would be enough to keep you entertained for hours. Sure, Mario games are still being produced to this day, but you really can’t compete with the ones that were released during this golden age.

The '80s was known for strange toys. Cabbage Patch Kids, Teddy Ruxpin and were just a few that kids would go crazy over at the mere idea of owning them. And the anticipation of receiving one at Christmas made this a great era for some of the best toys.

As mentioned above, the '80s gave birth to a whole new level of comedy. A lot of funny movies were released from the beginning of the decade like Airplane! to later in the decade like The Naked Gun. One-liners really came back and people loved it, which helped the comedy movie scene not only transform but also take off at the box office.

Steven Spielberg really came out of his shell in the '80s and became a film-making sensation. At one point it felt as if every single blockbuster was created by him, including the Indiana Jones series, E.T., Poltergeist and The Color Purple. In this day and age, he’s still able to give every adult an inflated sense of nostalgia and it is safe to say that things have never been the same since.