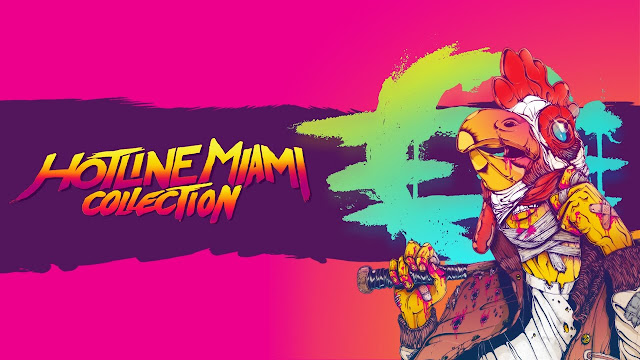 For those of us who grew up gaming in the 1980s, the following generations of games were often disheartening, to say the least. It's not that these were bad, not from technical, artistic, or gameplay perspectives, but they did massively stray from what the early generations were about. Simple sprite games had a purity which was largely abandoned for what was, at the time, flashy 3D graphics, to the detriment of old-school gamers everywhere.

Not all is doom and gloom though, as, over time, a return to retro styles and gameplay began to reappear. Sometimes this was through games set in the era, while in other instances, it was the explosion of the indie scene which reignited the '80s soul. With that in mind, we want to cover 5 of our choices in this regard, of new(ish) games that capture the '80s spirit.

Released in 2012, and set in 1989, Hotline Miami is an intense top-down shooter from Dennaton Games. Hyper-violent, and coated with the bright neon which dominated '80s pop culture, this game was a revelation when it came out. With an ageless style which still holds up perfectly today, this is not a game that anybody who played the likes of Gang Busters should miss. Even better, the game can be commonly be found fairly cheap on websites like G2A and Steam.

Perhaps the largest AAA to ever stick to the '80s theme is 2006’s entry is Grand Theft Auto: Vice City which is easily one of the most memorable in the series. Pastel clothes, authentic music, and a wide selection of '80s inspired vehicles make Vice City another game which oozes '80s decadence. Available over a whole range of systems, this game is old enough now that it has very low requirements and a low price.

Online casinos are actually some of the most reliable options in terms of access to classic '80s-style games. Slots are the most common example on this front, with games like Retro Reels and Crazy '80s effortlessly combining '80s themes with modern convenience. These are available from an enormous range of online bonus casinos, so trying them out with free spins and bonus cash makes the process incredibly convenient.

Developed largely by a single person, Toby Fox, 2015's Undertale is readily regarded as one of the best RPGs of all time. It also contains a graphics and a visual style that effectively mirror hardware limitations of '80s computer and console systems. With a heavy focus on puzzles and choice, Undertale is a critical darling with a depth which illustrates just how well substance matters over raw flash.

Of all the games on this list, Thunderflash is unquestionably the one which best mirrors a true late-'80s gaming experience. As a top-down Run-n-Gun game, Thunderflash wears the inspiration of games Ikari Warriors and Alien Syndrome on its sleeve, and it's all the better for it. By foot, sea, air, or motorcycle, this game has you lay waste to hundreds of unique monsters and cliché '80s villains alike, all on your quest to destroy the terrible Kashmir terrorists.

Whether going for an authentic look like Thunderflash or importing the feel as with Vice City, it's great to see that an '80s style in games isn’t something the world has forgotten. Part of this is undoubtedly due to dedicated fans and nostalgia, but thanks also need to go to the relative simplicity of this early style of game development. On whatever reason this world leans, one thing is clear, the '80s may be over, but their games will never die.
Newer
Older
Powered by