11 Modern Technologies Invented In The 1980s 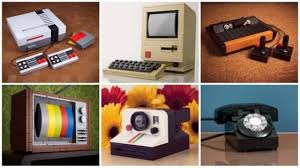 We live in a truly astounding era for technology. Whether it’s the internet, smartphones, or worldwide near-instantaneous communication, there’s almost no problem faced by humans that we haven’t been able to come up with an ingenious solution for. Take entertainment, for example. If you wanted to play a game of roulette or slots, all you’d need to do today is fire up your PC, your smartphone, or your tablet, and hit up a casino website to try and find some top-quality no deposit slots offers. Before the internet and smartphones, you’d have to painstakingly travel to a physical casino, which could take a long time depending on where you live and could incur significant travel costs. It’s no understatement to say that living in such a technologically advanced era can sometimes feel like a blessing.

While it’s true that some shops have declared they will stop selling CDs now, and that many consumers prefer downloaded media, the CD is still the physical medium of choice when it comes not only to music storage but also to data storage in general. The CD was a joint development venture between tech giants Sony and Philips (who would later jostle for Nintendo’s attention over a CD-based add-on to the SNES console). Interested to know what the first piece of music released on CD was? It was a collection of Chopin waltzes performed by Chilean pianist Claudio Arrau. Of course, Dire Straits’ Brothers In Arms album popularized the CD, but it wasn’t the first album available on the medium.

Another two-letter acronym with the power to change the world, the PC - or “personal computer” - was a 1980s invention. In 1982, IBM created the PC, changing its reputation as a manufacturer of massive industrial machines and marketing its new machine towards a more domestic market. The operating system, DOS, was the gold standard for many PCs going forward, and the first PC even included support for early dot-matrix printers and word processing software. Not bad for $2,000, eh? Today, the IBM PC seems hilariously basic, but it laid the groundwork for the monster gaming PCs you see on a regular basis these days.

Prior to the 1980s, any computer that was running an operating system was almost certainly reliant on a text-based interface for navigation. If you weren’t particularly tech-savvy...well, for one thing, you likely weren’t using a computer, because these devices were exclusively marketed towards those who knew what they were doing back then. Still, if you didn’t have the know-how, you probably couldn’t use a PC because of its labyrinthine interface. Apple - inventors of the iPhone and the iPad - introduced the world’s very first graphical user interface, or GUI, in 1984 with the Macintosh. Now, a non-graphical user interface is pretty much a thing of the past. We have Apple to thank for that. 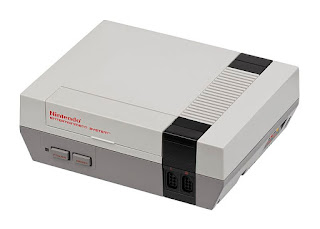 Technically, the first gaming consoles were introduced to the market in the 1970s. The Magnavox Odyssey - by today’s standards a laughably primitive console which used overlays and pixel dots - launched in 1972, while the iconic Atari 2600 got its start in 1977. However, there’s a reason the gaming industry organizes its history into pre- and post-Nintendo Entertainment System categories; in 1983, the NES revolutionized the concept of gaming consoles completely. With games like Super Mario Bros, The Legend of Zelda, and Metroid all to itself (mostly), even the beginning of retro football games, the NES completely transformed the gaming landscape and rescued it from a cataclysmic economic crash.

Somewhere on you or near you right now is a smartphone. According to statistics, nearly 4 billion people around the world are currently smartphone users, and there’s still room for growth in the market. We have the 1980s to thank for that particular phenomenon. Of course, early mobile phones were nowhere near the sleek, modern device you currently hold in your hand; they were huge, clunky, and not particularly user-friendly. Still, they were seen as technologies of the future when they launched. Imagine being able to contact someone while on the move! Now, we take this for granted, but in the '80s it was a very big deal indeed.

You probably don’t have an answering machine in your house or flat, right? Your smartphone is likely where most people get hold of you. Of course, these machines are still available to purchase if you’d rather have separate numbers, and they’re also popular with businesses. Answering machines - and the concept of voice mail in general - began in the 1980s. Prior to answering machines, you would need to leave messages with other folks to get them to your intended recipient, but after voice mail was introduced, you could simply leave a message and hope the person would get back to you. We’re still using voice mail today.

We’re cheating a little bit with this one, as we don’t regularly see people walking around with Sony Walkman devices rattling around in their pockets. However, it’s impossible to imagine the modern world of Spotify and streaming music services without the Walkman to lay the groundwork. Sony’s portable music player was the first device to allow people to take their music out and about with them, and although it used a relatively primitive cassette-based system, its hardware - along with the headphones that came with it - was a revelation. Now, all of our music is either digitally stored or streamed, but the Walkman paved the way for that possibility.

This isn’t technically a technology that every single one of us uses on a daily basis, but on the other hand, it could certainly be viewed that way. The Space Shuttle wasn’t the first successful space mission, but it was the first transport with the potential to become a fully-operational orbiting laboratory permanently stationed in space. The launch of the Space Shuttle occurred in 1981, and we can still see its influence today if we look at the International Space Station. It was arguably the culmination of the Space Race politics of the 1950s and 60s, so the next time you look up into space, think about the Shuttle launch and be suitably awed. 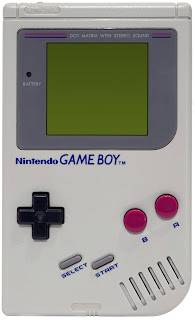 Again, we are cheating somewhat with this one, because technically the first commercially successful handheld gaming console was 1978’s Merlin. However, Nintendo massively popularized the concept of handheld gaming with the Game Boy in 1989, which - across several iterations, granted - sold 118 million units to Merlin’s 5 million. Today, games are readily available on smart devices, and it’s hard to imagine that world existing without the Nintendo Game Boy. Titles like Tetris and Super Mario Land popularized the idea that playing games out and about was not only just as cool as console gaming but could arguably be even cooler.

The criminal process would be significantly slower and more taxing without the concept of DNA profiling, first invented in 1984 by geneticist Alec Jefferys. The first DNA profiling patent was actually filed in the USA by Dr. Jeffrey Glassberg, but the two were invented independently, so they can both lay claim to the first-ever DNA profiling systems. DNA profiling has made the identification of murderers and other serious criminals much, much easier; instead of matching fingerprints to files, we can now identify an individual from their fingerprint. It’s no stretch to say the criminal justice system has benefited enormously from this technological advance.

Okay, okay - the first actual smartwatch debuted in 1998 in the form of Seiko’s Ruputer (although there were other options available). However, in 1983, that same company developed the Data 2000, a watch that came complete with a keyboard that allowed you to enter data into the device. The watch could store up to 2000 characters, hence the name. It was an incredibly primitive form of smartwatch technology, but it’s hard to imagine today’s Apple Watch or Samsung Gear devices without the work laid down by the Data 2000. If you regularly wear a smartwatch - or even a fitness tracking device - you have Seiko and the other pioneers of the 1980s to thank for that. The '80s smartwatches may not have been particularly smart by today’s standards, but they were geniuses back then!
Newer
Older
Powered by