Interview with Taco, singer of '80s hit 'Puttin' on the Ritz' 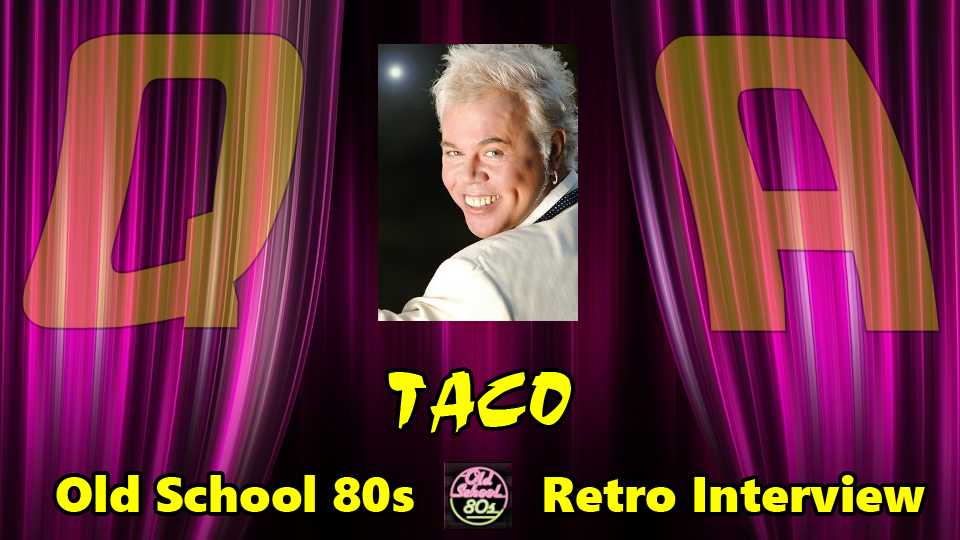 (This interview was originally published January 27, 2011 on the now-retired Kickin' it Old School blog. It is one installment in an incredible series of interviews we are republishing on Rediscover the '80s for posterity and your enjoyment. These are more than just interviews in a way; they are more like '80s timelines or oral histories on their respective subject matters. Please keep in mind the original date because some content could be specific to the time of the interview, though the majority should be timeless and totally rad.) 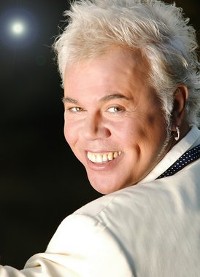 This time that awesomeness is Taco Ockerse. He is best known solely by his first name and for his 1983 hit version of the Irving Berlin classic "Puttin’ on the Ritz". Taco was raised mostly in Germany where he studied dance and theater. He made a name for himself on the European supper-club circuit by dressing in formal attire and performing dance versions of American standards. This is certainly represented in his most recognized song.


He has not released a new studio album since 1987, but currently resides in Germany and is still performing regularly all over the world. You will find out a little more about this surprising hit single and the man behind it as we get on to some selections from my interview with Taco…

Q: You were born in Indonesia and have spent much of your life in Germany, yet you are often described as a Dutch singer and entertainer. Are you of Dutch descent? 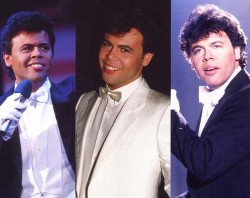 Taco: I am to this day Dutch, was born in Indonesia and consider myself a “Planetarian” having lived, traveled and worked on nearly every continent!


Q: I have to ask about your first name. It is obviously unique. Do you know how or why your parents chose that name for you?


Taco: Taco is a typical Dutch name from the province Friesland. My parents chose this name after reading a book of children’s names. Outside of the Netherlands, my name is quite unique and has been the cause for many a surprise and smiles. In Japan, Taco means octopus; in France, an old carriage taxi; in Spain, high heels; and as we all know in Mexico, a national dish. And these are just a few examples! 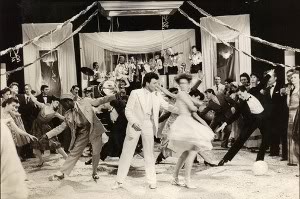 Q: You mentioned living in several different countries as you were growing up including the United States. How old were you when you lived in the U.S.? Did that time in the U.S. impact your musical tastes or future at all?

Taco: I was ten years old when we moved to Seattle. We stayed at my aunt’s place with my four cousins. It definitely had a deep impact on my life. From 8th grade on, I started visiting the “American International Schools” and became as I’d call it a “second-hand American” from “I pledge allegiance…” to living and learning the complete American way of life.


Q: Do you consider yourself foremost an actor or singer? Do you enjoy one better than the other? 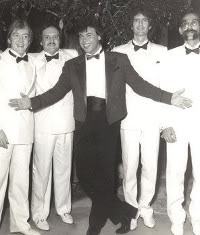 Taco: I think both professions are part of the same coin, they go hand in hand.


Q: How did you end up getting your first record contract with Polydor in 1981? What were your expectations and goals when you started out?

Taco: It occurred just by chance. I had recorded a demo tape and the particular song was chosen by a jury to participate in a German song contest “Traume brauchen Zeit” and became my first single. I had no great expectations because my goal was to sing and perform in English. I sacrificed my first record contract which contained a clause saying I would record solely in German. The rest is history! 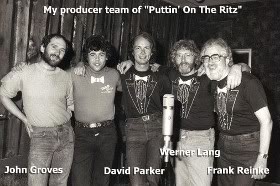 Q: In 1983, your cover version of the single “Puttin’ on the Ritz” had worldwide success. Why did you decide that you would record a cover of this song as your first single?

Taco: At that time, I composed and sang rock, soul and blues songs. To get away from the German pop image, I had to come up with a radical new image. And with the new electro pop movement, I combined the American song book with new wave beats which found very little acceptance when it was first released. 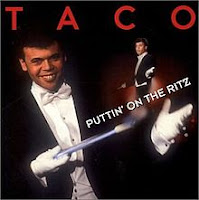 “Puttin’ on the Ritz” was originally written by the legendary Irving Berlin in 1929 and was introduced in the film of the same name in 1930. The term means to dress very fashionably and is inspired by the Ritz Hotel. Taco’s 1983 version of the song became a hit in over 40 countries including the U.S. where it would peak at #4 on the Billboard Hot 100 in September of that year. Originally recorded in 1981, this surprising success was triggered when MTV picked up the video which showcased Taco’s distinctive look and performance he had perfected in the supper clubs. The unlikely hit ended up becoming one of the biggest songs of 1983. Here is a music video for “Puttin’ on the Ritz” by Taco…


Q: Did you feel you had something special there back then when you recorded “Puttin’ on the Ritz”? Could you have ever anticipated the worldwide success it would have? Did you expect it to even get radio airplay in the U.S.? 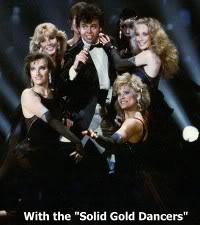 Taco: No way, it took us all by surprise!


Q: You added some parts of other Irving Berlin songs (like “White Christmas,” “Gotta Dance” and “There’s No Business Like Show Business” among others) to your version. Was this intended as a tribute to Irving Berlin? Did you ever get to find out Berlin’s reaction to your version?

Taco: The original “Ritz” version we recorded, contained a multitude of tributes to Broadway hits until we were notified that Mr. Berlin’s songs may under no circumstance be mixed with other composers’ compositions. I think that made the end result only better. Years later, I was very fortunate to be able to speak to Mr. Berlin on the phone and he told me how much he liked our version of his song. 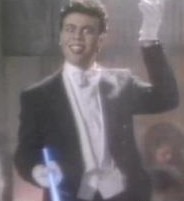 Q: A great song can certainly be timeless. How do you explain that a song which was over 50 years old could become a highly charting pop hit?

Taco: It was the combination of the old material with the modern sounds of the Eighties.


Q: Do you attribute some of the song’s success to MTV playing the music video regularly on its channel? 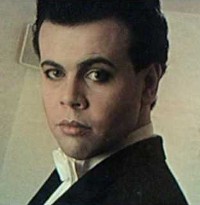 Taco: Definitely! I owe MTV a huge amount of the success, and it gave us the freedom to not have to travel and be present everywhere around the world anymore.


Q: How did things change for you after this song’s incredible success? Were you prepared for all of the attention?

Taco: Since the song didn’t really hit it off when we first released it, I got acclimated to its success very slowly, keeping me quite down to earth to this very day. Life has been a roller-coaster ride ever since!


Q: When you have a mega hit song like that, do you (or did you) ever get sick of playing it? 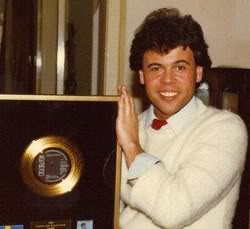 Taco: No, because as an actor, I take on a new approach each time I perform it, varying the arrangement and tempo over the years.


Q: What are your feelings about the song today?

Taco: Today “Ritz” is like a past lover, one that always lingers on your mind and makes you feel young again.


Q: What is personally your favorite version of this song originally written in 1929?

Taco: My very favorite version is that of Clark Gable in Idiot’s Delight [1939].

The song has been covered many times and has appeared in several films. In addition to its use in the 1930 film of the same name, “Puttin’ on the Ritz” would go on to be performed by Gable in 1939’s Idiot’s Delight. The version that probably best popularized the song was performed by Fred Astaire in 1946’s Blue Skies. Other than Taco’s version, I have always been partial to the hilarious performance by Gene Wilder and Peter Boyle in the 1974 Mel Brooks film Young Frankenstein. Here is video of the performance that Taco preferred best, Clark Gable in Idiot’s Delight…


Q: You note as one of career highlights being meeting the Reagan’s at the White House. How did that opportunity come about? What do you remember about the experience? 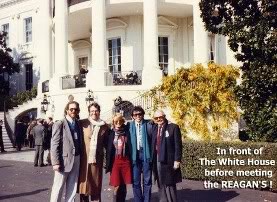 Taco: My American manager at that time was friends with Gail Burt, Mrs. Reagan’s private secretary. She organized an unforgettable day for us at the White House with lunch included and a letter of gratitude from Mr. Reagan personally to top it all. 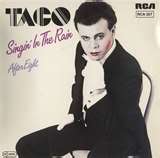 Taco: It has a lot to do with record company politics. I was signed to a publishing company and not to RCA directly at that time. And to prolong a continuous career in the States would have meant moving and living in America which I was not willing to do back then.


Taco's second single was not a hit in the U.S., but saw moderate success in other countries peaking at #49 in Germany, #46 in Canada, and #98 in the UK. Here is the music video for "Singin' in the Rain" by Taco...


Q: I don’t look at the term “one-hit wonder” as a negative because it is one more hit than most artists ever get to have. You have had more success outside the U.S., but here you are considered a “one-hit wonder.” What are your feelings about that moniker? Are you proud of your big U.S. hit?

Taco: Of course I’m very proud and grateful for the success I have had. I love my job and have turned my hobby into a career. It has been so rewarding to see so many different places and meet so many interesting people. I can look back on a truly fulfilled life and that’s what counts.


Q: Some '80s pop superstars “run away” from the '80s and some embrace the success and fans from that decade. How do you personally deal with and keep the '80s alive and in perspective?

Taco: Funny enough, it’s the TV shows around the globe, the many remembrance and tribute shows that keep us '80s artists working. I, for instance, just did a couple of TV performances in Russia. And I sing in front of three generations nowadays! 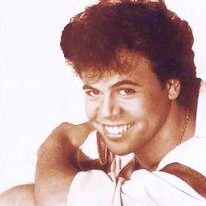 Q: After well over three decades in the business, from your perspective, how has the music industry changed over that time?


Q: What else is Taco Ockerse up to now? Musically and otherwise?

Taco: I’ve worked on screenplays, still write songs, do commercials and perform my swing and soul show with my band. In my free time, I’m a regular house and garden fan, entertaining my hobbies.

I am so pleased that Taco took the time to answer my questions so I could share them with you here. I need to send special thanks to his manager, Roland “RoCo” Colerus for helping to coordinate the interview. Please be sure to visit Taco’s official Facebook page to find out more about what he has been up to. I want to take this opportunity to again thank Taco Ockerse for his contributions to '80s pop culture with “Puttin’ on the Ritz” and, even more, for sharing his memories with us here as well. And remember, “If you’re blue and you don’t know where to go to, why don’t you go where fashion sits…”

Follow @OldSchool80s on Twitter for a daily dose of '80s nostalgia and read more Retro Interviews on RD80s.
Newer
Older