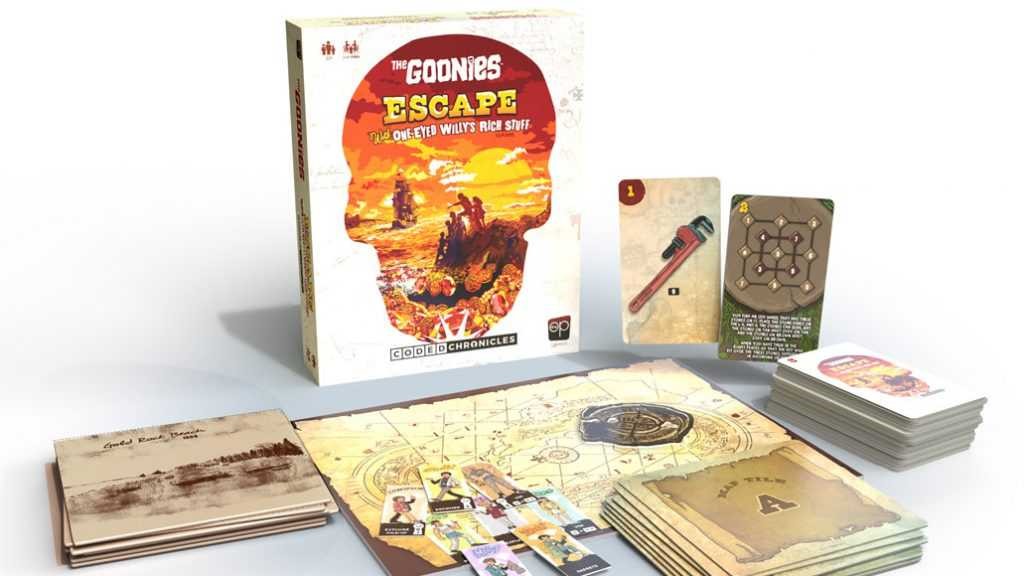 Coming Fall 2021 from The Op Games is a brand new at-home escape room style game featuring The Goonies! Fans of the 1985 film have likely dreamed about being part of the gang and going on a treasure hunting adventure. The Goonies: Escape with One-Eyed Willy’s Rich Stuff immerses players in a new narrative story that allows them to relive iconic moments from the film and solve puzzles with a unique code-revealing mechanic. 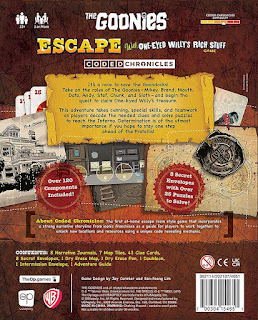 Synopsis: You play as Mikey, Brand, Mouth, Data, Andy, Stef, Chunk, and Sloth and go on a quest for One-Eyed Willy’s hidden treasure. Each character offers their own special skill as everyone must decode clues and get the answers needed to reach The Inferno. Just keep the dreaded Fratellis away from adding to the obstacles in this challenge that calls for the gang’s collective focus and dedication! Lose yourself in real-time puzzle-solving and swashbuckling suspense, without a time constraint cutting off the fun. After all, “Goonies Never Say Die!” Preorders coming soon on Amazon.
The Goonies is the third game in the Coded Chronicles series with previously releases Scooby-Doo: Escape from the Haunted Mansion and The Shining: Escape from the Overlook Hotel.
Also check out other Goonies themed games like Monopoly: The Goonies Edition and The Goonies Dice Set available now from The Op Games store.
Images and synopsis courtesy The Ops Games
Newer
Older