A fellow blogger of mine, Dan Fogerty, recently wrote an article for Underscoopfire.com called Movies Everyone Should See: Ghostbusters. The article triggered some of my own memories of Christmas in 1985. I was a huge Ghostbusters fan and frequently wore a sweatshirt with the image above (Picture cropped to protect the innocent.) For my 9th birthday party in November of the same year, I also remember playing a game of musical chairs using a 45 record I owned of the Ghostbusters theme.

This summer, my family took a road trip to PA to visit family and friends. While I was there, I got to dig through some of my old keepsakes. Among them I found about a half-dozen picture packs, one of which was from Christmas morning in 1985. Here are some of the memories that were triggered from Dan's article. This first picture is of me in my new unwrapped "Back Off Man...I'm a Ghostbuster" sweatshirt: 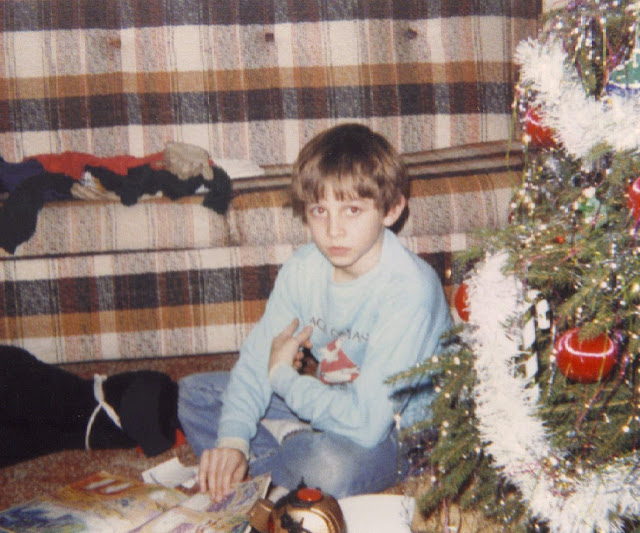 You'll also notice my "Back Off Man...I'm flipping through my Masters Of The Universe sticker book" expression. Notice the pile of other clothes that I received that Christmas that are flung on the intricately patterned couch. The gold robot (in the bottom portion of the pic) came to life when you pushed the red button on top of his head. The large black thing that looks like a dead animal was actually a large stuffed animal dog. Unfortunately, none of these items are still in my possession. 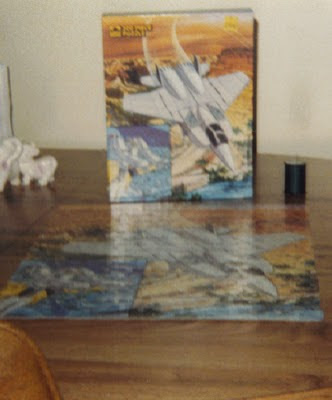 This Gobots jigsaw puzzle was also a present I received that year. (Also, no longer in my possession) 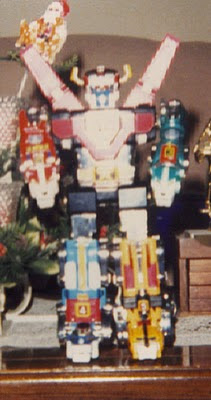 But the one thing I can still claim to have is my diecast Voltron! Such a great toy for a 9 years in old in 1985. I really loved the cartoon and it soon became my most prized possession, that I shared carefully with my friends.

So there is a look into my past. Many more memories and moments from my childhood in the 1980s to come!
Newer