Footloose Shoes of the '80s 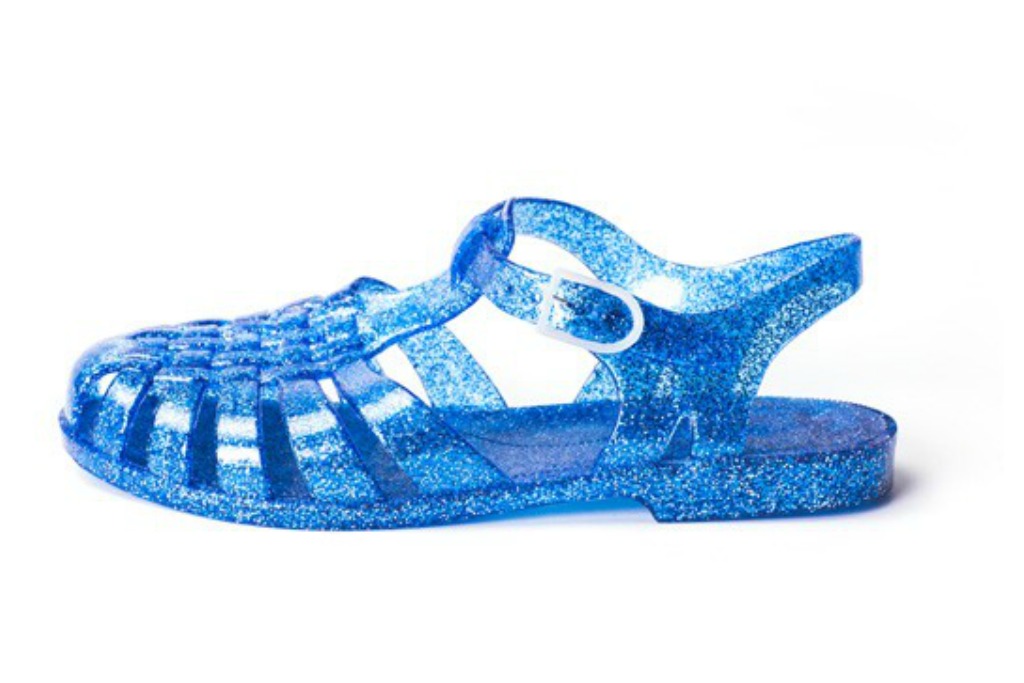 I would classify these as the "crocs" of the 80s, although they were mainly designed and worn by women. Introduced at the 1982 World's Fair, former bank president Preston Haag developed the plastic shoes as his new family business. The were an immediate hit and really excelled in the market after Bloomingdale's of New York began selling the shoes in 1983. Most '80s ladies will agree that they were probably the most uncomfortable shoe trend of the '80s! 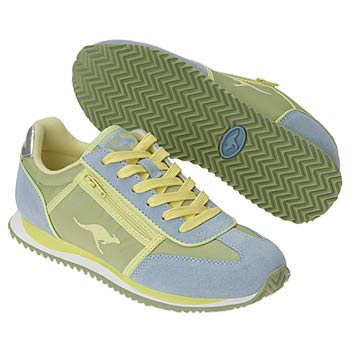 Having to jog with your keys jingling in your pants pocket was a problem solved in the early 80s. Created by avid runner Bob Gamm in 1979, KangaROOS quickly became popular and one of the top 5 sports shoe brands in the mid 80s. At one point 700,000 pairs a month were being produced. The KangaROOS "Dynacoil" technology, tested by NASA, was one of the first innovations developed for athletic shoes. NFL legend Walter Payton developed his own line and was famously rewarded with a Lamborghini for his contribution. 'Roos are still around today and still being manufactured for worldwide sales with those famous zipper pockets.
Adidas Superstar "MY A-DIDAS!!!" The Adidas company was actually founded in 1949 by German Adolph "Adi" Dassler. Well known for their contributions to basketball and soccer footwear in the 1960s and 70s, it wasn't until the hip hop movement of the 80s that Adidas Superstars became an urban icon. Run-D.M.C. chose to wear them with no shoelaces, as opposed to the "phat" shoelaces look that were popular with other sneakers like Nike Air Jordans. 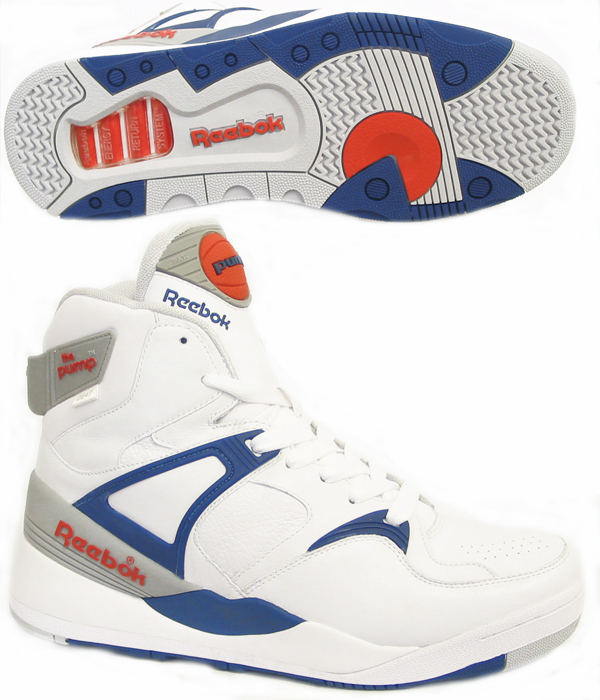 In 1989, Reebok released the Pump as a high end Basketball high top shoe. They became insanely popular in the early '90s, mainly with Dee Brown's routine at the slam dunk championship in 1991. Dominque Wilkins was actually the first NBA player to wear the Pump in 1989. Reebok continues to offer the pump today, now also in boots for snowboarders and hockey skates, worn by NHL stars like Sidney Crosby and Alexi Kovalev. 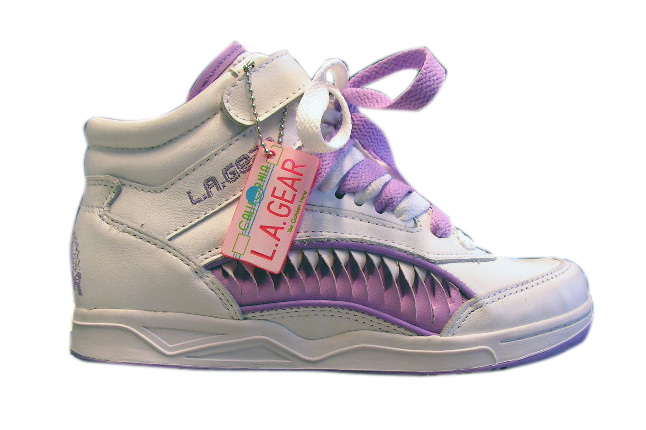 Like KangaROOS, L.A. Gear was founded in 1979 and became a very popular brand in the mid to late 80s. Founder Robert Greenberg closed his little roller skate rental shop in 1985, after he learned that only about 20% of athletic shoes were being used for their intended purpose. He began importing athletic shoes from Korea and marketing them as fashion sneakers for women. The brand became so popular that in 1989, only Nike and Reebok had sold more. Men's shoe lines were created as well, with Kareem Abdul-Jabbar being one of the first athletes to wear the L.A. Gear brand.
Newer
Older