Interview with Demian Slade, the $2 paperboy from 'Better Off Dead' 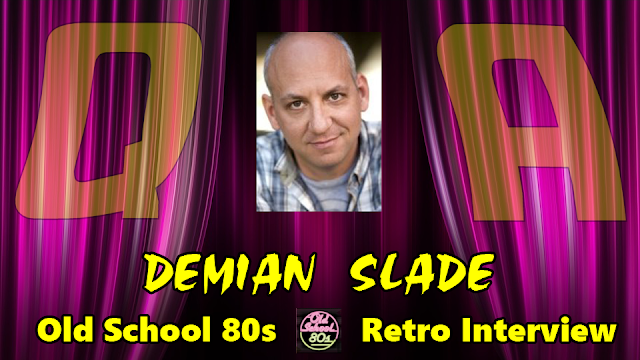 (This interview was originally published January 15, 2014 on the now-retired Kickin' it Old School blog. It is one installment in an incredible series of interviews we are republishing on Rediscover the '80s for posterity and your enjoyment. These are more than just interviews in a way; they are more like '80s timelines or oral histories on their respective subject matters. Please keep in mind the original date because some content could be specific to the time of the interview, though the majority should be timeless and totally rad.)

This time that awesomeness is Demian Slade. You probably remember him best as that pesky paperboy in 1985's Better Off Dead that just wanted his two dollars. He played that awesome role as a 12-year-old and continued acting in other roles into the early-90s. More recently he has written and acted in his comedy web series called Untreated. Find out about him, making Better Off Dead and more as we get on to some selections from my interview with Demian Slade...

Q: How did the role of paperboy "Johnny Gasparini" in Better Off Dead come your way? How were you made aware of the role? What do you remember about the audition process? What previous acting experience, if any, did you have? 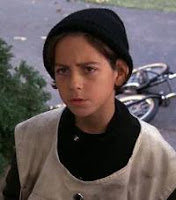 Demian: My agent got me the audition. I met with Savage Steve Holland and one of the producers. I remember thinking the more serious I played it, the funnier it would be. They liked what I did and I got the part. Plus, I gave them a headshot where I had a menacing expression and wore a leather jacket. I think that sealed the deal. Prior to that, my only acting experience had been playing a gun carrying, foul-mouthed disco midget named Harold in a post-apocalyptic film called Radioactive Dreams.

Q: What were your expectations going into the film? What can you tell us about Savage Steve Holland and your experience working with and being directed by him?

Demian: I knew it was a good script and expected it would be funny. He was fun to work with, really easy going. He story-boarded every scene. I recently found out it was semi-autobiographical. The two dollar kid was based on an actual paperboy from his childhood.

Better Off Dead was released in August of 1985 and the surreal teen romantic dark comedy has gone to become a cult favorite developing a growing fan base over the years. It was written and directed by Savage Steve Holland and starred John Cusack as a high school student who becomes suicidal after his girlfriend breaks up with him, ends up agreeing to a ski race down the deadly K-12 slope, gets chased by a paperboy (played by Slade) who just wants his two dollars, fixes up a Camaro with a French foreign-exchange student and ends up with that girl in the end. I've previously had the privilege of interviews with Yuji Okumoto (the Japanese drag racing brother who speaks like Howard Cosell) and Rupert Hine (musical contributor and producer of the film's soundtrack).

Q: Your character does not get a ton of screen time, but the scenes you're in are certainly memorable and surreal. Was your character scripted out pretty carefully? Who came up with the switchblade comb (I always thought it was funny that all the rest of the time he wears the knit hat)?


"I want my two dollars!" has to be one of the more quotable lines from the entire decade of '80s movies. Here is a video featuring each of Slade's scenes as "Johnny" the paperboy wanting his two dollars in Better Off Dead...

Q: What can you tell us about John Cusack and your experience working with him both onscreen and off?


Demian: He was cool. He treated me like an adult, which I appreciated. He seemed very grown up for his age - self-assured and professional.

Q: Please share anything you can remember about filming your scenes in Better Off Dead. I imagine they took a lot of footage of you riding your bike around. (Did you get to keep the bike?) Did you film any of the stuff on top of the car or on the ski hill or was that all stunt guys? Did you actually get to ride your bike across Dodger Stadium for that final scene?

Demian: I did not get to keep the bike. I tried to buy it, but it was already promised to someone else. I was on top of the car only for the close-ups. I accidentally cracked the windshield with a newspaper, which took about an hour to replace. The ski hill shots were done by a stunt double. However, that WAS me riding the bike at Dodger Stadium at the end. I think Michael Jackson performed there a few days later.


Q: You were only about 12 years old when you made this movie. First, how was that process making a big feature film as such a young kid? Second, did you relate to the material at all or get the humor at all back then?


Demian: I had a pretty good time, although three hours of tutoring and having my parents there kind of cramped my style. And yes, I do think I got most of the humor at the time.


Q: Any other interesting details about making Better Off Dead that you can share with us and let us in on? 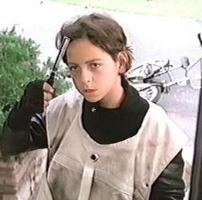 Demian:  I remember filming the scene in the park with the group of paperboys. All the other kids rode their bikes faster than I could. If you watch the scene, notice how I disappear into the background. Also, I couldn't accurately toss a newspaper to save my life. Thank goodness for the editing process.


Q: What were your feelings about your work and the film as a whole when you first saw the final version in 1985? It was only rated PG back then, but you were probably a little younger than its target audience. Where and when did you first see it?


Demian: I'm pretty happy with my performance. Though, still to this day, people laugh when I try to be intimidating. It's a gift and a curse. When I first saw it, I thought that the first half was really funny and the second half was a bit slow. I saw it in a theatre in Pasadena, where I grew up.


Q: Were you recognized in public at all afterwards for your role in the film? How often did people come up to you and say "I want my two dollars!" Do you still get recognized much as the paperboy and do people still demand their two dollars? 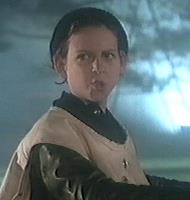 Demian: I've actually never been recognized for that film, not even when it first came out. People who already know it's me, however, quote it all the time... sigh. There have been times I've heard random people talking about it and they have no idea it's me. It just happened again the other day.


Q: What are your feelings about the film Better Off Dead and your part in it now over 28 years later? Did you ever think people would still be shouting "I want my two dollars" because of you almost three decades later?


Demian: I have a hard time watching it objectively because of my connection to it. I think it's a funny movie and certainly original. I'm grateful to have been a part of something that is so well remembered. I could never have predicted that it would live on as it has. 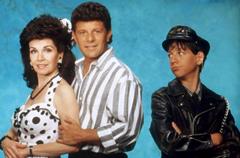 Demian: I had some larger rolls after Better Off Dead, although not as well remembered. I played Matthew Perry's nerdy sidekick, "Eugene Blooberman," in a sitcom called 'Second Chance.' [21 episodes 1987-1988] This was obviously before 'Friends.' I also played the punk rock son of Annette Funicello and Frankie Avalon in 'Back to the Beach' [1987.]

Untreated is a comedy web series that takes place in a drug and alcohol rehab where sobriety and sanity don't necessarily go hand in hand. I am the writer/creator and lead actor. Please check it out at UntreatedTheSeries.com. My goal is to have the show picked up as a half-hour sitcom. It's kind of like The Office but instead of people being a little crazy at work, they are being really crazy in rehab.


The sitcom Second Chance which many might not remember was one of the first shows developed for the Fox Network. As mentioned, in addition to Slade, it starred a pre-Friends Matthew Perry and Randee Heller who was Daniel's mother in The Karate Kid. It ran as Second Chance in 1987, but then was revamped and re-titled Boys Will Be Boys in 1988. Here are the original opening credits for Second Chance...

Q: What else has Demian Slade been up to more recently? Both acting and otherwise? 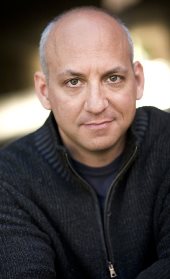 Demian: I live with my wife, pug and cat in Los Angeles, CA. I'm a residential manager at a local rehab for doctors and other professional-types who have addiction problems. I think I am most proud of the work that I do there, although I'm still acting and making my own projects.


I am so pleased that Demian was able to take some time to answer some questions so I could share them with you here. As he mentioned, be sure to check out his work on Untreated at UntreatedTheSeries.com. I want to take this occasion to again thank Demian Slade for his contributions to '80s pop culture especially through wanting his two dollars in Better Off Dead and, even more, for going back to the '80s with us here for a little while as well.