If 80s Cars Were Used In A Disney Pixar Movie... 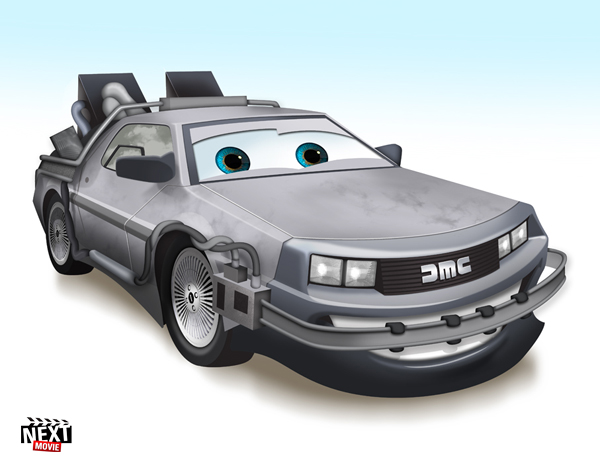 Most people familiar with the Disney Pixar Cars franchise would agree that Cars 2 didn't quite live up to the original film. Well, I've got an idea for Cars 3, that was actually imagined even before Cars 2 hit the theaters in June 2011... add some classic 80s TV and movie cars!! NextMovie.Com commissioned the artistic abilities of Neil Robinson of OldRedJalopy.Com to imagine some famous movie cars as if they were in the next Pixar movie in early 2011. The result was 7 famous cars as Pixar characters, ready to come alive!! Here are the few taken from that collection from the 80s...
Now, we just need Neil to complete the 80s set with the A-Team van, KITT, Magnum P.I.'s Ferrari (with a mustache) and maybe even Airwolf!!

More OldRedJalopy.Com Art!
The journey back to the 80s continues! As many of you know, I'm a sucker for 80s fan art. Neil has also showcased his talent through some great posters available on his website. They include some famous movie quotes and some classic 80s TV vehicles. The posters below and others from Die Hard, Terminator, Star Wars, and James Bond are available to purchase through OldRedJalopy.Com.

Here is my favorite poster by far. Some real thought and detail went into this A-Team photograph that is made to look like its taken from an old scrapbook. The paper-clipped note at the top is a very nice touch.

All pictures belong to NextMovie.Com and OldRedJalopy.Com used with permission.
Newer
Older