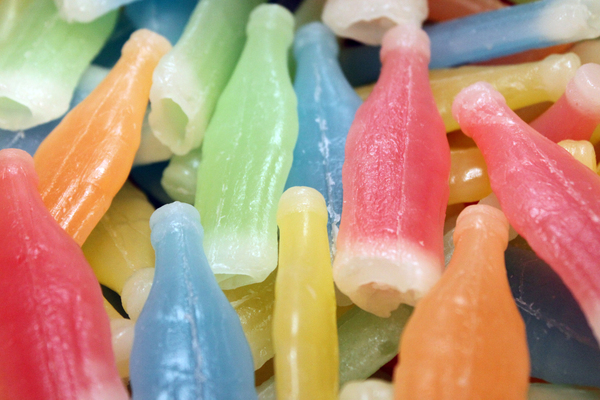 The 1980s exploded with color with everything from clothing to candy expressing bright vivid color. Just stop for a second and think about what Miami Vice would've been like if Crockett and Tubbs wore black suits. What if Trapper Keepers only came in gray and had no designs? What if Jem and the Holograms dyed their hair brown? What if the Voltron Force took the "Defender of the Universe" into a paint shop and spray painted Voltron all silver? What if Nerds had been all white and tasted like those awful chalk-like candy cigarettes?

Color made the '80s what we remember now...and probably kept advertising agencies in a constant battle of one-upping each other. Expression through color even flooded into music. I've found at least 20 songs from the 80s with colors in the title to make the Ultimate '80s Color Playlist! Blue and red seem to dominate the list, but there is still plenty of other colors represented. Check out the list below or listen to the playlist on YouTube...