RD80s 1st Birthday: A Look Back 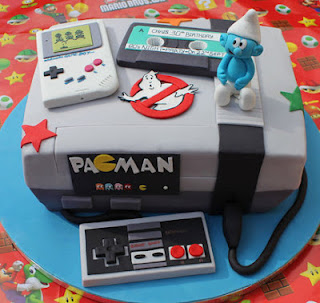 Wow! Has it been a year? Can't believe it. It's flown by, as they say. I've met many great people over the past year through this blog/website and through Facebook & Twitter that has made this first year better than I could've possibly imagined!! A leaping Tecmobowl high-five goes out to all of you! I thought I'd reflect back on this first year and give everyone a "bird's eye view" into how SockofFleagulls began this RD80s journey.

Beginnings
Oct 1, 2011 is when I finally decided to start blogging about the 80s memories dying to get out of my brain. I've always retained so much about my childhood that I wanted to somehow download those memories from my brain into a virtual history book, I guess you would say. History was never my favorite subject in school, but it seems I've grown to like it more and more probably since the 9/11 tragedy. We live in a great country and I'm fortunate to have those awesome 80s memories mainly because of the freedoms we have. So my approach when starting this journey was to combine my memories with 80s history...to rediscover the culture and sprinkle in what I remember. 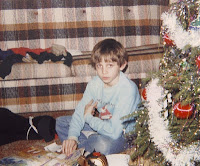 My first post was inspired by fellow blogger Dan Fogarty of FogsMovieReviews.Com who had written about the movie Ghostbusters. It triggered memories of pictures I found while visiting my family in PA months earlier. I decide to scan and post the photos which included me wearing a Ghostbusters sweatshirt I received for Christmas in 1985. I also posted pics that I took with my camera of some of my presents that year, which included a GoBots puzzle and a diecast Voltron (which I still have.) I had many ideas initially that I wanted to blog about, but Christmas '85 was how it all began, folks.

New Friends
Fogs' inspiring post was actually not from his own site, but was featured on a site called UnderScoopFire.Com that had caught my eye. The "children of the 80s" content was right up my alley and before October was over, I had made contact with creator Howie Decker and began posting music related columns for the site. My first column was about the history of the Keytar which is still one of my favorites. Soon after I began posting about misheard lyrics and retro top ten lists, I decided to finally join Twitter under the name "SockofFleagulls" as a tribute to one of my favorite 80s bands. My first celebrity interaction was with one of the original MTV veejays, Martha Quinn. From then on, my whole opinion of Twitter changed. That interaction led to sending Martha a few copies of The 80s Game (which features Martha) to sign as giveaways for my followers. I soon realized after that Martha encounter that I wanted to do more than just blog...I wasn't sure what but it didn't take long to venturing outside of just my perspective of the 80s.

More Than A Blog
About a month in, I began posting reviews of 80s arcade games, humor-related material, and 80s fan art. I also added pages to the blog including Finds on Amazon, Giveaways, and a RD80s Podcast (which was me and my Ultimate 80s Playlists.) After I discovered Radionomy in December, I began the journey to develop my own streaming 80s radio station. I wasn't sure what to do with my music podcast and decided to use the podcast bug I caught to filter into my own station. On March 24, 2012, Rediscover the 80s Radio went on the air on Radionomy and the Tune-In Radio app. 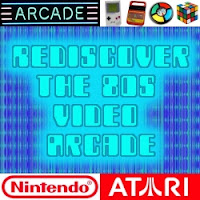 For the longest time, I also wanted to have a space for 80s video game fans (like myself) to "geek out" when they feel like it. Using Google sites, I was able to launch the Rediscover the 80s Video Arcade on September 1, 2012. I began mostly with my favorites, but I still want to add many more games as time permits over the next year.

About the same time as the RD80s Video Arcade rolled out, I also decided to convert my 80s exam posts into a weekly trivia quiz called Moonman Trivia. With MTV and music probably being my two favorite interests from the 80s era, I figured some trivia would also fit in nicely with the site. Still would like to somehow develop a leaderboard and a more interactive game.

Connecting To The Online 80s World
I've had the privilege of being contacted by numerous people over the past year in regards to my site and to assist with the promotion of products and memorabilia in relation to the 80s. I always enjoy receiving those emails and it makes me feel like what I do is appreciated by more than just me! Over the past year, I've had a chance to promote a new single by Limahl (lead singer of Kajagoogoo,) three books from Rhino Records' Single Notes collection, the video game Saturday Morning RPG, the A-Z of the 80s website, and currently the 80s novel 49 Mix Tapes from author Jeff Tompkins. I've got some more promotions in the queue already and a few new releases in the upcoming year that I will be pursuing!

Another connection that has truly helped keep my creative juices flowing is the League of Extraordinary Bloggers. The concept is simple...Brian at CoolandCollected.Com (who is the host of the League) posts a weekly topic about pop culture and then the blogging begins! Anyone and everyone who had a blog can write about the topic and then post a few links to others sites. Undoubtedly, my favorite topics since joining the League in July have been the Pop Culture Vacation (for which I wrote a 2nd post to tour the West coast) and the Holy Grail of Shopping Sprees. I invite anyone with a blog to join the fun! A big thank you goes out to Brian and the other League members who I've got the chance to interact with over the last few months.

Thank You!
With 257 blog posts, 1100+ Facebook likes, and 72000 pageviews in the first year, I've got alot of people to thank! First, I have to thank my longtime friend and Agents of M.A.S.K. partner-in-crime Wyatt Bloom. He is always sending me ideas for posts and my go-to guy for bouncing ideas off of as well. We've got some fun things cooking that I hope will come to fruition this coming year!
And in no particular order, the rest of the thank yous...Howie, Corey, Tank, Joe, and Googs (The UnderScoopFire Voltron,) Fogs (and Tank) for having me on the Title Pending Movie Podcast which is always a blast, Brian Morin for keeping my music knowledge sharp on SongPop, Marky Lewis for creating some great banners for RD80s Radio, fellow bloggers Jennifer Schulting, ShezCrafti, OldSchool80s, the Cold Slither Podcast crew, and the League of Extraordinary Bloggers for always inspiring my 80s brain, Tom Mathias for always sharing, retweeting, and commenting on RD80s stuff,  RoadsideWonders for the continuous song-stuck-in-head battle on Twitter, artists Ian Glaubing, James Hance, Neil Robinson, Luis Diaz, Layron DeJarnette, Derek Deal, Rhys Cooper, Carl Jagt, Jude Buffum, Very Important Pixels, Matt Owen, and Chris Tupa for allowing more to post their awesome creations, Dawn aka SharePt_Chick and Count_Marzo who are always fun to interact with on Twitter, Kendra Kendrick for liking everything I post on Facebook...I'm sure I'm missing many others! (Please don't be offended if I didn't mention you or link back to your social media page but I do want to finish this birthday post up for October 1st!!)

Thanks again everyone for a great first year and I'm definitely looking forward to rediscovering more with you in RD80s' 2nd year!!
Newer
Older