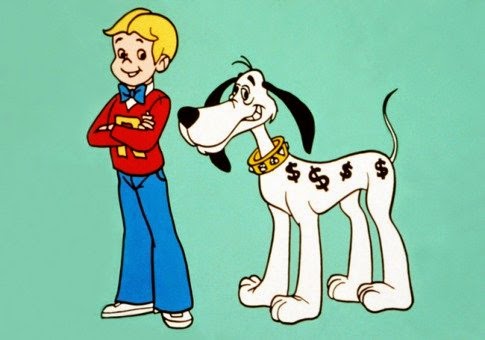 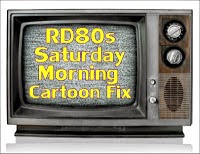 If there is one thing that I miss most about growing up in the 80s, it would have to be watching Saturday morning cartoons! There was nothing like pouring yourself a bowl of your favorite cereal and getting up early to watch great cartoon shows. So why can't we relive a little of that now? Thanks to Youtube, we can watch full episodes of those great 80s animated shows (some of which are not yet available on DVD.) So, come rediscover your forgotten Saturday morning cartoons with RD80s Saturday Morning Cartoon Fix! This week's feature cartoon is Richie Rich!

I usually group the Richie Rich cartoon with the TV series Silver Spoons when remembering my television habits of that time. I enjoyed watching both as we all could entice our imaginations on what we would buy if we had as much money as Rich Rich or Ricky Stratton.


Hanna Barbera brought the exceeding wealthy comic book character to life in 1980. Richie Rich told the story of a very rich kid and the adventures with his friends including his loyal dog Dollar. Throughout the life of the cartoon, robbers would frequently try to "cash in" on the wealth with Richie and his friends trying to stop them. His trusty robot maid Irona would also come to the rescue when he was in need.

The series was paired up with numerous shows over the course of its run including Pac-Man, Scooby & Scrappy Doo, and The Little Rascals. Episodes were split into four different segments. "Richie Rich Richies" dealt with threats to to the Rich family fortune. "Richie Rich Treasure Chest" featured stories around Dollar or Richie's butler Cadbury. "Richie Rich Gems" were humorous short clips. And when Richie and his friends were out solving mysteries or thwarting crime, the segment was called "Richie Rich Zillion Dollar Adventures." The cartoon was also a little different than the popular comics from the 1950s. Richie and his friends were in their early teen years, while the comics portrayed him much younger. Dollar and Irona were also more involved with the story than in the comics. Seven episodes of the Richie Rich cartoon were released on the The Richie Rich/Scooby-Doo Show, Vol. One

DVD in 2008 courtesy Warner Home Video. Many more still have not been released. I found one episode on YouTube that is broken in two parts below. Also enjoy a quick break with a 1987 Trix commercial where the rabbit "turns the tables" on the kids!