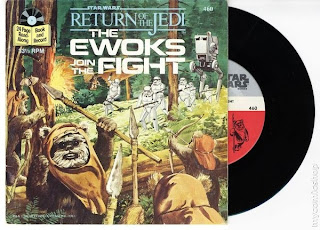 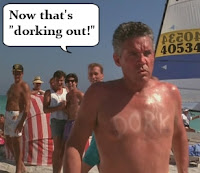 There are NOT many things I would say I "geek out" over nowadays. I used to be more tech savvy than I am now, but for some reason I'm not phased by being one or two steps behind everyone else. It seems I've replaced my hunger for new tech with rediscovering old tech. Even though I probably have the same emotions as geeks finding out that the latest iPad is three ounces lighter, I don't think "geeking out" is the proper term for my retro obsession. From now on when I get giddy over rediscover something, I am officially calling it "dorking out" and I really had one of those moments today.

I have been recently thinking about the fun Read-Along Adventure books I had as a kid. You remember the ones...they came with a record or (in the mid to late 80s) a cassette and basically told you the story as you read through the book. Each one had a sound that told you when it was time to turn the page. Some may argue today that these story books were the product of lazy parents. I disagree. Disneyland Records pretty much invented these at a time when the only choice to enjoy animated movies was at a theater. Kids in the late 50s through about the mid 80s had to use their imaginations to relive the tales. If you were lucky, you had a Viewmaster, a Fisher Price Movie Viewer (pic above,) or Read-Along Books as your portable DVD player of the time. It really wasn't until the popularity of VHS players that kids could enjoy movies at their disposal. 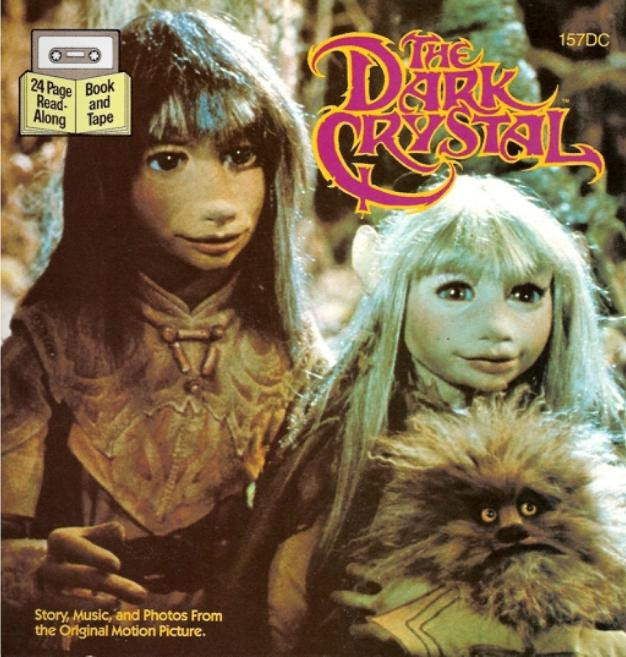 It's getting increasingly difficult for me to remember a time when I had to wait "until it came on TV" to watch some of our favorite shows and movies. It really makes you appreciate the tech of the time like Read-Along Books. It's also why I "dorked out" when I found ReadAlongAdventures.Com today. Not only did I find an extensive list of books that I remember reading and listening to at the foot of my parents' black wood-finished stereo, but also downloadable books! The site boasts audio files for many books no longer in print production and what I really "dorked out" over...flash files containing the audio and visuals from the actual book that you can click from page to page with the story! ReadAlongAdventures.Com is a preservation of awesome that I love finding on the web.

Read-Along Adventures took reading books to the next level. Sure, there were books available based on our favorites, but adding that audio track with music, sound effects, and narration made all the difference to me as a kid. Most were based on the actual story from the movies we loved like Back To The Future, Gremlins, E.T., and pretty much all the Disney classics. Some even used new stories from the worlds of Masters of the Universe, Scooby-Doo, G.I. Joe and Transformers that you couldn't find on TV or in a theater. For example, Buena Vista Records released some original books from the Star Wars expanded universe in 1983. Books like Planet of the Hoojibs (shown below) took characters like Chewbacca and Princess Leia on a new adventure. 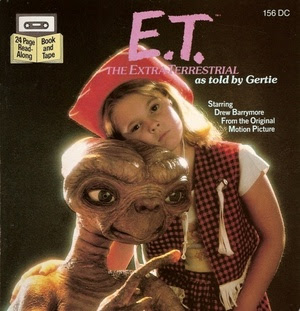 I gotta say that I am looking forward to showing some of these preserved books to my two young boys. I've subjected them to alot from my childhood (most of which they have enjoyed) and I think they will appreciate these as the are learning to read. A word of caution though...you might cringe at the production level of some of the books. Most are NOT portrayed by the actors in the movies and the music is mostly original to the books as well. (Some did like Drew Barrymore with E.T.) But for me, those factors which most people see as negative just add to the retro mystique of these books and the fact that many of us didn't care if they weren't 100% exactly what we remembered. It didn't diminish the value of bringing the cartoons and movies we loved into our living rooms (and later into our cars with cassettes.)