When I started coming up with ideas for a Knight Rider tribute, a "Top Episodes List" was something I really wanted to put together. But even though I've recently watched almost the entire series over this past year with my two young boys, I knew there would be other die-hard fans who would want to voice their input. 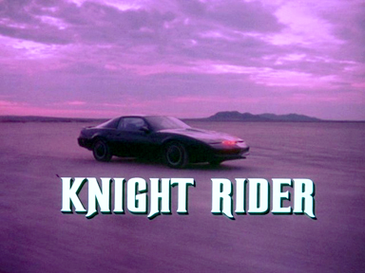 At the beginning of November, I gave an open call to dedicated Knight Rider fans. First, I launched a poll on the blog that was active throughout the month of November. I listed 17 episodes that I thought were the best which included about 4 from each season. I also left it open for anyone to add an episode I might have missed. Next, I sent out an A.P.B. to fans to give me their top 5 episodes and a little blurb about each one explaining why they included it in their list. Here are the Knight Rider fans that answered the call:


Their selections have been added along with the poll results to come up with the list. You'll be able to read some their comments on the episodes chosen below along with the original teasers from the show. So without further ado, I present the Top 5 Knight Rider Episodes! 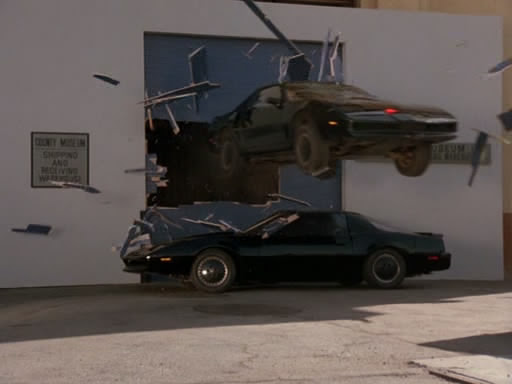 Two petty thieves, Tony and Rev, break into a Foundation warehouse and unwittingly reactivate K.A.R.R., the Knight Automated Roving Robot (voiced by Peter Cullen.) Responding to the break in, Michael and K.I.T.T. arrive to see the two thieves make a getaway in K.A.R.R. After Michael learns that K.A.R.R. was K.I.T.T.'s prototype and programmed with an unstable self preservation AI, he goes after the vehicle which the two thieves are now using to crash into bank vaults. Things become more complicated when K.A.R.R. has the thieves kidnap Bonnie so she can repair a malfunctioning circuit. Michael and K.I.T.T. get Bonnie back, and try to disable K.A.R.R. using a laser.


#4 Knight of the Juggernaut 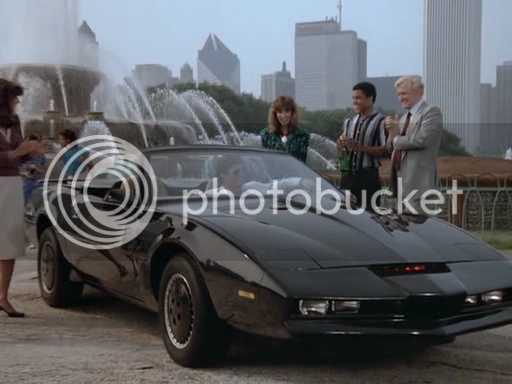 Wilton Knight's daughter unexpectedly suspends FLAG's operations and Michael and K.I.T.T. find themselves out of a job. Meanwhile, an international terrorist kidnaps Devon Miles and replaces him with a surgically altered impostor. Devon's changed behavior alerts Michael's suspicions and he disobeys orders to "take a vacation" until he finds out what is going on. K.I.T.T.'s molecular bonded shell is unknowingly neutralized by a chemical sprayer and is brutally attacked by an armored vehicle. Devon strangely claims K.I.T.T. as being "dead." who is nearly destroyed in the armored car attack. Unable to repair him without FLAG's facilities, Bonnie and Michael enlist the help of "The Street Avenger" and his gang of friends to rebuild him. K.I.T.T. is reborn with some new gadgets including "super pursuit mode."


This episode was the grandest of upgrades for K.I.T.T. and the primary reason these episodes are my favorite. Seeing K.I.T.T. get Super Pursuit Mode and a convertible, C, mode was awesome.


Having recent watched the series from the beginning, it was a LONG wait until I got to fulfill my promise to my boys in showing K.I.T.T.'s Super Pursuit Mode. I remember being refreshed as a Knight Rider fan in season 4 when K.I.T.T. essentially became a Transformer. It played out as more of a surprise which made this two-part episode one of the best.

Season 3 Episode 6
A young beach-combing couple discover a black car buried in the sand which turns out to be K.A.R.R. (Voiced by Paul Frees.) K.I.T.T. and Michael pick up a strange signal identical and track the source to find K.A.R.R. alive and well. The duo give chase but K.A.R.R. gets away. K.A.R.R. uses the people who discovered him to get some parts from the Knight Mobile Unit and take the laser that Bonnie is building to destroy him again. K.A.R.R. manipulates his new human friends into using his abilities to to rob an armored car. The armored car job is ruse however to lure K.I.T.T. and Michael to a ravine so K.A.R.R. can finish off his rivals for good.

There were two episodes where they faced off, but the second (and final) face-off of K.I.T.T. and his nemesis, the prototype Knight Automated Roving Robot that K.I.T.T. was designed from, was more memorable. The battle ends with both cars turbo boosting head-on into each other with K.I.T.T. surviving and K.A.R.R. exploding to bits. Basically how us kids used to play with our toy cars, that's how the show ended. Never mind physics or other sciences, this was awesome!


Liked the idea that there was a prototype K.I.T.T. and the car wanted revenge on both Michael and K.I.T.T!


This is another favorite because of a revengeful car thought to be destroyed is now resurrected. His increased anger fuels him into coercing a teenager into being his virtual hands in an effort to wipe out his twin, K.I.T.T. The head to head battle and turbo boosting into each other were enough to make one wonder who would survive.


#2 Knight of the Phoenix
Season 1 Episodes 1 & 2
In this pilot episode, Detective Michael Long is shot and left for dead. He is saved by the eccentric billionaire, Wilton Knight and his associate Devon Miles who gives him a new face via plastic surgery and a new identity as Michael Knight. Michael is introduced to the Knight Industries Two Thousand ("K.I.T.T. for short") dream car with super-spy gadgets and nearly invulnerable armor. Wilton asks Michael to carry on his crime-fighting crusade believing that "one man can make a difference." The story continues as Michael locates his shooter, a woman named Tanya Walker, who is stealing technology secrets and embezzling money from a computer company. With the help of a woman named Maggie, Michael lures Tanya into a trap by showing off K.I.T.T.'s abilities as bait.


We meet Michael Long who becomes Michael Knight, K.I.T.T., Devon Miles, F.L.A.G., Wilton Knight on his deathbed, Tanya... plus the first chance for K.I.T.T. to flex his muscle in a rally race.


In the first episode we are introduced to Michael Long and why Wilton Knight chooses him. (Wilton Knight) puts forth the effort and expense to reconstruct his appearance, giving him a new identify in an effort to be more effective and less of a target. Additionally, we see the birth of the Foundation for Law and Government (FLAG) and its command vehicle, fondly known as K.I.T.T. – the Knight Industries Two Thousand.

#1 Goliath
Season 2 Episodes 1 & 2
Devon meets with Elizabeth Knight, Wilton Knight's widow, who remains involved with funding the Foundation. Michael learns of the existence of Wilton's criminal son, Garthe, upon whom his new face was based. Garthe manages to escape prison after being sentenced to three consecutive life sentences in Africa. Things get more complicated when Michael learns Garthe was conducting an investigation of him. During a missing person investigation, Michael uncovers audio tapes containing information on a place known as "Red Bluff", a classified weapons storage facility deep in the Nevada desert. Red Bluff currently holds a collection of tactical missiles which would be dangerous in the wrong hands. When Michael learns Garthe is secretly meeting with an African military general, the pieces come together. Michael comes face-to-face with a massive semi truck known as "Goliath" which is protected with the same indestructible molecular bonded shell technology as K.I.T.T. Garthe shows Michael just how unstoppable Goliath is when he lures Michael to a dry lake for a showdown. Goliath damages K.I.T.T. for the first time in a collision that nearly destroys him. The story continues with K.I.T.T. immobilized and Michael left for dead. April manages to repair K.I.T.T. and installs a powerful laser weapon which may give him an edge against Goliath. Michael confronts Garthe in a final showdown.

A big ass truck! Garthe Knight! K.I.T.T. destroyed! Michael left for dead! OK, so Garthe was just The Hoff with a mustache and soul patch, but evil doppelgangers are always bad-ass! This is also the debut of K.I.T.T.'s laser weapon. (Thanks, April!) Oh, and it was a two-hour episode!


K.I.T.T. vs. a Giant Semi with the same Molecular Bonded shell, Excellent!


In the Goliath two-part episode, we are introduced to Wilton Knight’s long lost son Garthe who is strikingly similar to Michael Knight. This episode was great because we saw a son turn revengeful towards his father’s foundation and using a large tractor-trailer coated with K.I.T.T.’s molecular bonded shell. What made it more impressive was that we see K.I.T.T. become vulnerable.
K.I.T.T. is wrecked so bad that not only did the molecular bonded shell fail and crumple up the right front fender, but it shook the electronics of K.I.T.T. crippling him into memory loss. Michael even has to break out K.I.T.T.’s manual to “jerry-rig a ramjet.” This is evidence of another brilliant mind at work for the show.


I really like the Goliath episode. It really kicked off the second season with a bang after the first season ended in no special way. The vulnerability of K.I.T.T. really brought a new element and showed K.I.T.T. wasn't invincible. It was also fun to see David Hasselhoff playing the bad guy. Very memorable and worthy of the #1 spot in our list.

Knight Rider was one of the defining TV shows of the 80s. It made an impact on many kids and the popularity continues through the present day. Hope everyone enjoyed the "Knight Rider At 30" posts on RD80s! It was really fun putting them together over the course of the past month. Be sure to check out the other posts if you missed any along the way.