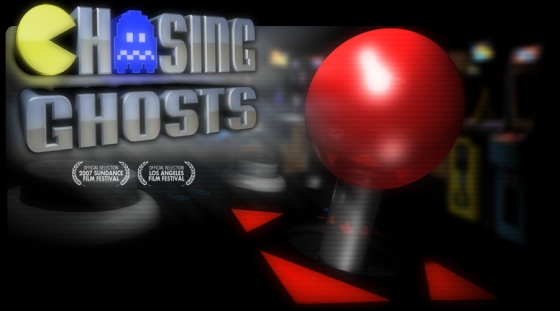 I love watching documentary films about the 80s. A few that I've blogged about in the past are the 2007 film King of Kong: A Fistful of Quarters about one man's dream to beat the high score on Donkey Kong and A to Z of the 80s' short documentary on one man's experience of owning a DeLorean DMC-12.

For those of us who remember pumping quarter after quarter at arcades throughout the 80s, Hulu streaming has recently released another great video game documentary called Chasing Ghosts: Beyond The Arcade. The 2007 film takes us to Ottumwa, IA to rediscover "the video game capital of the world" and home to the world famous Twin Galaxies arcade. The film follows the lives of the first arcade celebrities who were featured in Life magazine and played in the televised 1982 Video Game World Championships. Enjoy the full feature film below courtesy Hulu!