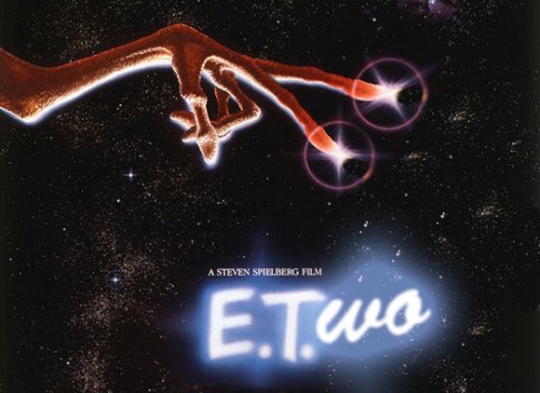 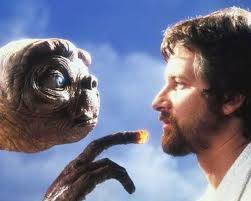 E.T. was one of the true blockbuster films of the 80s, raking in $792 million worldwide at the box office. After it's success, Steven Spielberg and Melissa Mathison actually wrote a sequel to the film called E.T. II: Noctural Fears. Take want you want from the 19-page pitch story, but it thankfully never became a reality. It definitely wasn't from lack of interest as author William Kotzwinkle who novelized the movie script, also wrote a sequel entitled E.T.: The Book of the Green Planet

. So what was the real reason that an E.T. sequel never happened? Spielberg says "sequels can be very dangerous because they compromise your truth as an artist. I think a sequel to E.T. would do nothing but rob the original of its virginity. People only remember the latest episode, while the pilot tarnishes." I'll agree with his statement. There aren't many sequels that don't take at least something away from the original, but with the film making so much money at the box office, it's still kinda hard for me to believe it didn't happen.

Earlier this week, I had a fun conversation with Pop Rewind on Twitter that spawned some E.T. sequels names. I proposed that we jointly come up with our best sequel names, just in case Spielberg's wallet could use some extra dollars. Check out the five sequels I came up with below and then click over to see the final five on Pop Rewind!

E.T. 2: Text Home - E.T. makes his way back to earth 30 years later. With advanced technology now at his lighted fingertips, he finds it easier to text home, but the phone keyboards don't have his alphabet characters. E.T. "macgyvers" a fax machine, a Bop It and roll of quarters to his phone and sends a mayday text to his home planet.

E.T. 2: Rise of the Landfill Monster - After returning to earth several years later, E.T. learns that not only did the Atari 2600 game bearing his name suck more than Mega Maid but that millions of unsold cartridges were buried in a New Mexico landfill. Surprised that the humans would store them so close to Area 51, E.T. uses his telekinesis and the alien technology found at Area 51 to raise the cartridges from their makeshift cemetery and form them into an Atari executive eating monster. 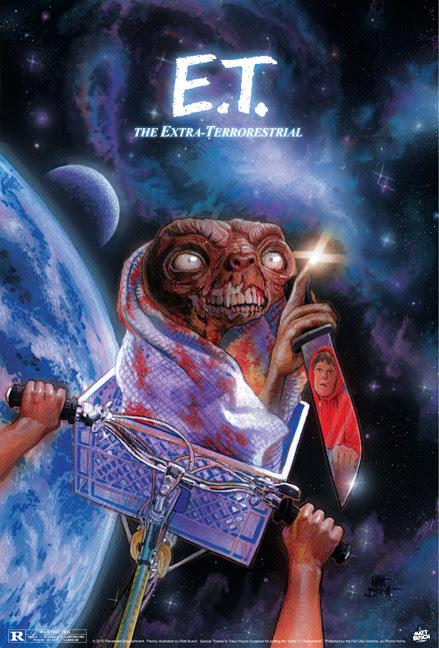 E.T. 2: Attack Of The Pencil-Necked Walker - Upon his return to a post-apocalyptic earth, E.T. is again found dead in a ditch. This time, however, E.T. comes back to live as a flesh-eating zombie and forces Elliott to tote him around on his bike looking for humans who have just eaten a pack of Reese's pieces. (Apparently, the thin candy shell is apocalypse proof.) 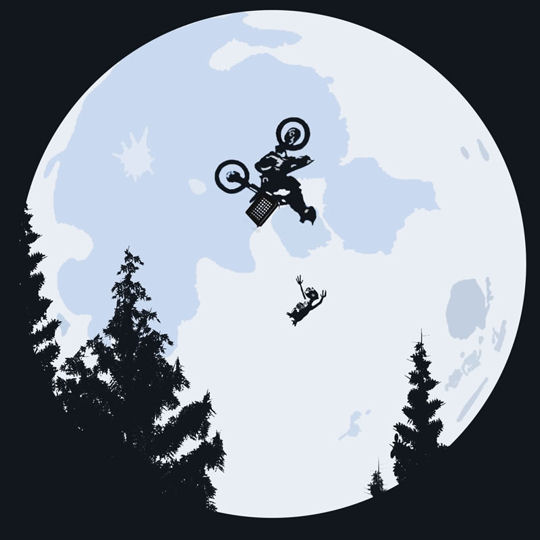 E.T.M.X. - After thoroughly enjoying the bike ride flight to escape the police, Elliott inspires to be a professional motocross rider. He realizes he is not very good at the sport and manages to contact E.T. for help. Elliott builds a basket on the front of his motocross bike so E.T. can help him during his next competition. 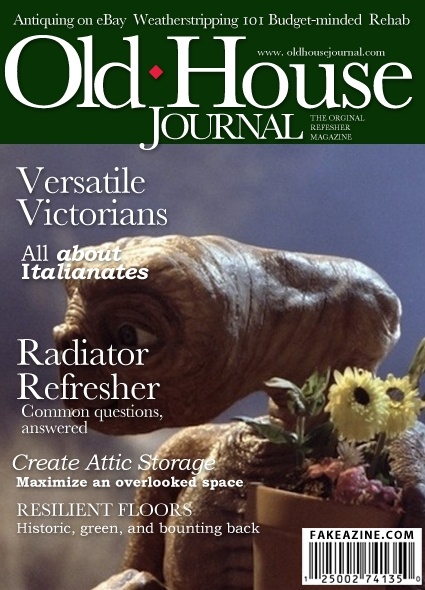 E.T. 2: The Constant Gardener - E.T. returns to earth in 2013 and is accidentally abandoned again by his alien friends (someone get him one of those GPS skin implants or a shock collar already!) Word had quickly spread in his first visit that E.T. has the power to produce the most vibrant flowers. Upon hearing he is back, HGTV swarms to broadcast his talent for gardening. With Speak N' Spells no longer being easily accessible, E.T. agrees to host the new "Pimp Your Garden" show to raise money for that $20 million collect call back to his home planet.