My Most Hated '80s Top 40 Singles By Popular Artists 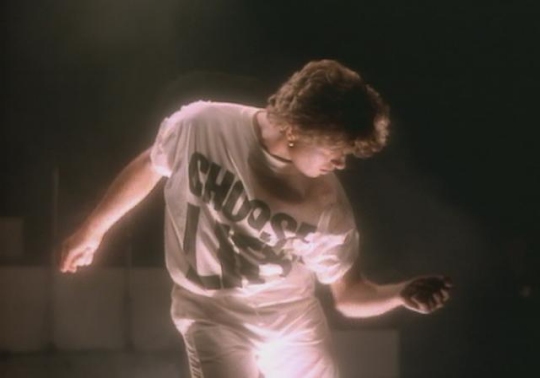 My Most Hated '80s Top 40 Singles By Popular Artists

This week's assignment for the League: What piece of pop culture did you HATE as a kid?

You can probably guess my most hated things as a boy growing up in the 80s. Cabbage Patch Dolls, Care Bears, Rainbow Brite and Strawberry Shortcake were all on my hit list. But instead of bashing one of those franchises mainly cherished by girls, I thought I'd take a different approach. One of my favorite topics to discuss is 80s music. No decade gave us more variety in popular music than the 80s, with the 90s a close 2nd. When I first thought about this week's topic, my mind immediately rushed to my most hated 80s songs as a kid. I imagine that most people who are "tuned in" to 80s music would agree with some of my choices like Bobby McFerrin's "Don't Worry Be Happy" or Tony Basil's "Mickey." Those songs I can honestly say I loathe and would rather listen to the Ricola yodelers sing "I Want A New Drug."

But instead of taking the easy way out, I figured I'd give myself a challenge. So I thought I'd take popular artists and some of my personal favorites from the 80s and try to choose their worst top 40 singles. I've chosen Michael Jackson, Madonna, George Michael/Wham, and Prince as the four popular (and most successful) artists. For my personal favorites I'm choosing Phil Collins/Genesis, Huey Lewis, Sting/Police, and U2. This is not gonna be easy.

Michael Jackson "Farewell My Summer Love"
There isn't really a single released from Thriller or Bad that I would say I hate. I had to go the easy way out and choose this song. I really can't say I hate it but would definitely put it near the bottom on my list of MJ favorites. The title track of the "Farewell My Summer Love" album was released by Motown in 1984 and barely cracked the top 40. The song was grouped with other tracks from a lost 1974 recording session, but didn't seem to feed off the Thriller album's success.

Madonna "Cherish"
A toss up between this song and "Papa Don't Preach," I can genuinely say I dislike both of these songs. The "Cherish" video...now that's a different story. It definitely did everything to reinforce Madonna as a sex symbol but the song itself was as ugly as Sean Penn's bank account in 1989. Some argue that it was a nice break from Madonna's stronger religious and sexual themes from the first two singles on Like A Prayer. To me, the doo-wop style didn't fit well.

Wham! "Wake Me Up Before You Go-Go"
Probably the easiest choice on this list. Hated the song. Hated the pretty boy look. Hated those goofy-looking hat mullets like Ridgeley wears in the 2nd half of the song. Now don't get me wrong...I LOVE "Everything She Wants" and "Careless Whisper" is one of the best saxophone songs of all time so I'm not bashing here. Just saying that this song sits atop my Limburger cheese list.


Prince "Alphabet Street"
I don't recall Sesame Street approving this video and I know I didn't either. Was really surprised to see this song made it to #8 on the charts, but hey, when your Prince it's truly difficult not to make a hit. Maybe I disliked this song because I was well past my Sesame Street years when this came out in '88. But he definitely redeemed himself to anything I hated when he released my favorite track the next year..."Batdance."

(Deep Breath) I'm actually turning physically ill with the thought of having to announce these next songs. These are some of my favorite and most collected artists of the decade and was hard pressed to find songs that I would consider telling people "I hate." So, the approach I took was from a greatest hits collection standpoint...what song would I likely hit skip on my MP3 player if I were listening to their most successful songs today.

Phil Collins "You Can't Hurry Love"
Call me a doo-wop hater if you like, but this was definitely Phil's weakest offering of the twelve top 40 hits he had as a solo artist in the 80s. The song's success the first time around with the Supremes (#1 in 1966) I believe helped it reach #10 for Collins in 1983. I wouldn't say I hate the song but can definitely see myself skipping this one on my MP3 player. Just for the record, I LOVE his other doo-wop hit "Two Hearts" and it would never come close to this list. The bridge where Collins belts "Yeah, she knows.." really display his vocal range.


Huey Lewis & The News "I Know What I Like"
Sorry, Huey, I know what I don't like...listening to you babble on about what YOU like. This song just seems to smell of a late night at the recording studio with some alcohol. "Hey Huey, we need one more track to complete this album." (Drink) "Okay, well I'm fresh out of ideas." (Drink) "How bout you just tell me the stuff you like and that will be the song?" (Drink) "Okay." All kidding aside, the song made it #9 so I'm sure I'm in the minority on this one. Just too many more songs I'd put ahead of it if I was putting together a playlist.

Sting "Russians"
I can appreciate this song now which featured Mr. Summoner's warning about the Cold War, but growing up in that era, I'm surprised it was successful as it was. But hey, it's Sting. Even Rocky IV couldn't knock this song off the charts, which was released the same month. But for as up-beat and vibrant as 80s music is, this song is just too dark and drab for me to do anything but put it at the bottom of my Sting favorites.


U2 "Angel of Harlem"
Easily my least favorite U2 song. This anthem to Billy Holiday that featured a horn section just seemed to drown out their signature sound. It was different or at least what I wasn't used to hearing from U2 so I guess that's what steered me away from it.

There they are, the worst from the best. Let me know what you think of my choices and also check out more "Most Hated" from the League this week:

Toyriffic thinks G.I. Joe blows.
Midnight Monster Spookshow goes off on the cartoon good guys.
Nerd Rage Against The Machine would prefer to lose Footloose.
Geeky Vixen would love to send My Little Pony to the glue factory.
Pop Rewind has something to say to cereal execs.
Fortune & Glory Days would like the Power Rangers to morph themselves.
Shezcrafti wants her money back from her visit to Zoobilee Zoo.
Newer
Older