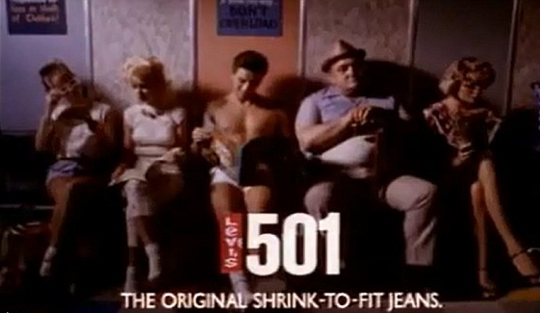 We see many television commercials nowadays that use our beloved '80s music to sell a product. I get irritated at the ads when the song really doesn't mesh with what they are trying to sell me like the Swiffer ad campaign that used "What About Love?" by Heart. However, some companies do a better job of using the music to at least get me to laugh like Liberty Mutual Insurance campaign that used Human League or Cape Cod potato chips that used Flock of Seagulls.

As much as I do get irritated sometimes to see some of my favorite songs in advertising, it's really not new by any means. In fact, children of the '80s could have very well seen their parents cursing at their television sets throughout the decade for butchering the music they grew up with in TV commercials. Looking back now, we can truly see the impact of the advertising partnership between brand and song had during the '80s. Not only did classic tunes help to sell a product but sometimes even resurrected the music to the charts once again. 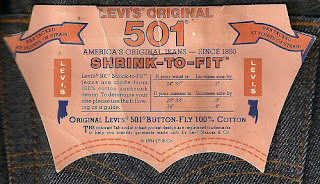 A perfect example is the Levi's 501 ads in the '80s that used popular '60s music. Before Brad Pitt famously pranced around in his boxers to "20th Century Boy" and Flat Eric head-banged to Mr Oizo, the iconic jean brand first established their name as the "inventors of the blue jean" with a collection of creative advertising campaigns in the '70s. The evolution of Levi's brand would then continue in the '80s with the famous and sometimes controversial 501 television commercials.

They seamlessly meshed the soulful '60s R&B sound with the visual association of male models in their underwear, slipping on Levi's 501 jeans. The ads became so popular that record labels even re-released the singles to incredible success on the music charts (mainly in the UK.) Here are four of those memorable 501 TV commercials and their impact in music history.

"Parting" (1987)
featuring "When a Man Loves a Woman" by Percy Sledge
Rock and Roll Hall of Famer, Percy Sledge hit the jackpot with his #1 smash hit "When a Man Loves a Woman" in 1966. A well-known song today for popular movie soundtracks and TV shows, this golden oldie is arguably one of the best songs from its era. In 1987, Levi’s used the song in an advertisement depicting a solider leaving for war and saying goodbye to his girl. Instead of just handing her his goodbye letter, he instead gives her his 501s with the letter in the back pocket. The popular advert grabbed the attention of the British public so much so that the song was re-released and climbed to #2 on the singles chart, two spaces higher than its initial release 21 years earlier.


"Entrance" (1987)
featuring "Stand by Me" by Ben E. King
Benjamin Earl Nelson aka Ben E. King is the genius performer and co-composer of the hit "Stand By Me." The song reached #4 in the US in 1961 but wouldn't impact the UK charts until Levi's used it in the 1987 "Entrance" ad. It featured a club with a strict "no blue jeans" dress code. After witnessing a man being denied entry into the club, another man dressed in black jeans parades past the bouncer and into the club. Combined with the top ten re-release of the song in the US a year prior for the Stand By Me movie soundtrack and the exposure in the Levi’s ad, it would reach the #1 spot in the UK and the top ten in 5 other European countries. Interestingly, at this time the #2 spot in the UK was taken by the aforementioned "When a Man Loves a Woman" proving that Levi’s influence on the music charts was truly magnificent by manipulating both the #1 and #2 spot at the same time.


"Bath" (1986)
featuring “Wonderful World” by Tony Jackson
Originally performed by Sam Cooke, this ballad was written for his high school sweetheart Barbara Campbell and released in 1960. It would be his 2nd best charting song up to that point in his career, reaching #12 in the US and #27 in the UK. Other artists like Johnny Nash, Art Garfunkel and Herman’s Hermits would cover the song in the '60s and '70s and would also be used in the famous lunchroom scene in the 1978 film Animal House. Then in 1985, Greg Chapman's version would be featured prominently in the film Witness, catching the eye of the Levi's marketing team. The following year it would be used in the "Bath" ad which featured a guy taking a bath in his jeans after a workout. It would propel the original single up the charts to the #2 spot in the UK and would later be claimed as the 19th greatest song ever featured in a TV commercial by UK’s Channel Four in 2005.


"I Heard It Through The Grapevine" was shuffled around Motown in its early origins, being recorded by Smokey Robinson & The Miracles and also by Gladys Knight & The Pips. However, its greatest success didn't come until Motown released Marvin Gaye's version toward the end of 1968 and the single spent 7 weeks atop the US charts. In the 80s, the song was first brought back to pop culture during the opening credits of the 1983 film The Big Chill. Then in 1985, Levi's got in the act by using it for their "Laundrette" ad featuring model Nick Kamen where he famously strips down to his boxers at the laundromat. Thanks to the popularity of the ad, Gaye's single would again rise on the UK charts to the #8 position. A year later, the song would again be used in advertising thanks to Buddy Miles and the California Raisins.

Two other Levi 501 ads used '60s music during the '80s, but did not spawn a re-release of the original single.

In 1987, an ad featuring a war veteran returning home to be reunited with his girl used the 1965 #1 hit "My Girl" by the Temptations. The girl gives him a present of Levi's 501 jeans to which the veteran immediately puts on and re-wraps his uniform to mail back via "return to sender."

Then in 1989, Levi's "Pick Up" ad used the 1963 Ronettes hit "Be My Baby." featuring a nerdy-looking guy and pretty girl broken down on the side of the road with car trouble. A handsome man in a pickup stops to give assistance and ends up towing the broken down car with his jeans, demonstrating the durability of 501s. With the girl now as his passenger, he pops the clutch on the truck which causes the back bumper to fall off and leaving the nerdy guy behind.