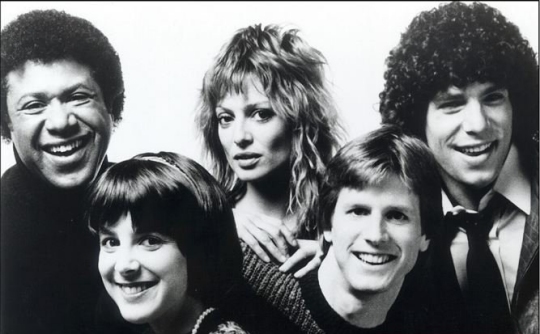 Thanks to Atria Books/Simon & Schuster, I was able to get my hands on the new book about the early years of MTV before its official release! The new book titled VJ: The Unplugged Adventures of MTV's First Wave is an oral history of the music television revolution directly from the mouths of the people who experienced first hand...the original VJs. Together with Gavin Edwards, contributing editor at Rolling Stone, the VJs give first hand accounts of "the hijinks of music stars like John Cougar inviting Nina to a late-night 'party' that proved to be a seduction attempt, Mark partying with David Lee Roth who offered him cocaine and groupies, Aretha Franklin making chili for Alan, and Bob Dylan whisking Martha off to Ireland in his private jet." 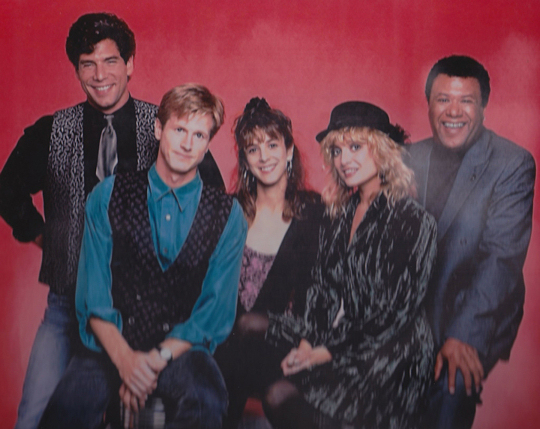 Before I give you my review of the book, check out what these other more famous people had to say:


“This is an essential read for anyone who was there or for those who missed it when MTV really meant Music TeleVision. These 5 VJ's were thrown into a completely new format and made it work beyond anyone’s wildest dreams. Mine included.” — Rick Springfield

“Crazy days and nights in a different time--Nina, Mark, Alan and Martha will bring it all to life for you. This book is a joyride!” — Jane Wiedlen, The Go-Go's

“VJ is a near textbook on ingenuity, luck, perseverance, fame, and the adjustment to life post-fame. There are also at least fifteen paragraphs that made me think, "I can't believe they're actually revealing this!" — Richard Marx

“MTV hit the airwaves during the golden age of album rock radio and massive rock touring, and took it all to another level. VJ is a fun and informative ride, told through the eyes of the five people who experienced the MTV phenomenon from the most intimate perspective possible.” — Kevin Cronin, REO Speedwagon

“For latchkey kids of my generation, the original MTV VJs were the best babysitters we ever had. When our parents weren't looking, they gave us secret glimpses into a better, sexier world. They were the coolest people, on the coolest TV station, with the coolest jobs on the planet. This is their story.” — Michael Ian Black, New York Times bestselling author of You’re Not Doing it Right


RD80s Review: The book starts on wild note with the VJs giving their experiences with the immortal gigolo David Lee Roth during the peak of his popularity (all except Nina that is, who is the Sammy Hagar fan of the group.) The VJs then begin the journey with a life-story roundtable of sorts (including excerpts from interviews with the late J.J. Jackson) on how they were musically groomed for the job of their lives. Then, the MTV Voltron comes together in New York City. We get hear how they were hired, first met, and truly bonded during the blastoff and moon landing of Music Television. The story of the early years continues with the VJs abusing the car service, dealing with Nina's Playboy picture surfacing, and gaining access to clubs and restaurants around New York City (sometimes thanks to J.J.'s many connections.) More topics include wild holiday parties on Christmas and New Year's, celebrity encounters, and fashion trends through the years. And then, the struggle with change. The party of five comes to a halt in 1986 with the departure of J.J. and Nina. Then one by one, the other originals part ways with MTV. We also get to hear in a very personal way how the death of J.J. in 2004 impacted each of their lives.

The book reads almost like a documentary film with the VJs going back and forth on each topic. Frequent backdrops of current events and actual correspondence keeps the timeline running seamlessly throughout the book. But it also reads as five mini-biographies by following each of the five before and after their employment at MTV.

If you are a person who is nostalgic for the early days of MTV like me, this book is published for you. There isn't a better way to get all the stories from the very beginning of the cable channel than from the people who lived it. The book also includes so much of the early '80s New York City lifestyle that it encompasses the whole essence of the era being explained. It was very easy for me to get lost in this book and imagine myself as one of the five. I highly recommend it! Also just as a warning, the VJs are very frank with their language and sometimes their drug use during this time period so be prepared for a thrill ride.

Buy it now on Amazon, Barnes & Noble, iTunes, Google Play, and everywhere books are sold. Also check out the Original MTV VJs website for news, pictures, and how to connect with your favorites (or all of them!) All pictures in this post courtesy the website.
Newer
Older