I'd Love To Spend A Night In The 'Burbs

I'd Love To Spend A Night In The 'Burbs

You have the opportunity to spend the night at any residence in pop culture. Where do you go?

Wow. These are the kind of topics I love to blog about. There are so many homes in 80s film and television that I'd love to walk through or even spend the night. There are a few that immediately came to mind like Pee-Wee's Playhouse. How cool would it be to interact with all the characters and meet all the neighbors just like on the show? Although if I spent the night, I would probably be creeped out beyond belief of something coming to life in my room or watching me sleep. Now if it was over a Christmas holiday, how about Ralphie's house from A Christmas Story or the Griswold's house in National Lampoon's Christmas Vacation? Unwrapping gifts on Christmas morning at Ralphie's house would be so much fun (and making sure to check behind the piano.) The illumination factor of the Griswold home would be joyous or even just sippin' egg nog out of moose mugs in front of the tree would be a great experience (although I doubt I'd want to stay there overnight with all the squirrel chases and electrical hazards.) But the first place that for some reason came to mind was Ray Peterson's house in the 1989 film The 'Burbs.

So why Ray's house and not the Klopek house? I guess there would be some nice amenities at the Klopek house. You wouldn't have to do any yard work. I mean, there pretty much was no yard to work besides some dead tree limbs, tumbleweeds, and the occasional femur bone. And during the winter months you know you've got a furnace that could practically heat up the whole neighborhood! But I think staying at Ray's house next door for a full day would be the experience I'd want. Arrive during the late afternoon hours so I could meet all the neighbors... 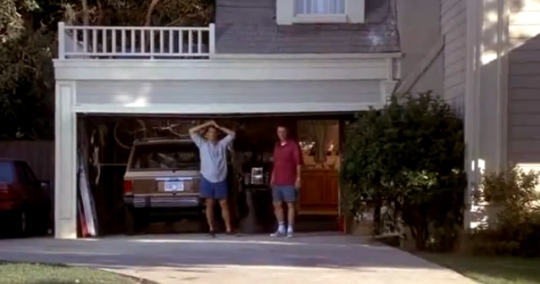 Ricky Butler would probably invite me over to help paint his house in exchange for an invitation to his loud pizza party that night. Then head over to the Rumsfields for the lowering of the flag ceremony and perhaps share a few war stories over brownies and coffee. From there, it's over the Art Weingarter's house for a late night cigar smoke with guys and then, the warning that I'll be spending the night next door to the neighbors from hell. I'd hear all the spook stories and then decide whether I'd actually try to sleep that night or figure out what all the hub-bub is about. 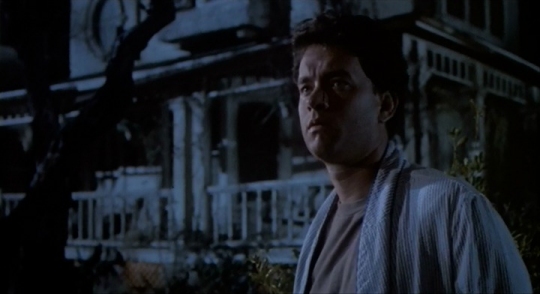 The Peterson house had some nice amenities of its own that could assist me during my stay. There is that nice deck area above the garage that I could easily spectate the neighbors taking out the trash or digging in the backyard. I might worry that I'd get one of those realistic nightmares during the night, but I would have the comfort of a television in my bedroom when I wake up in the morning (and I know it gets PBS.) Plus, I'd get to watch the chaos of Walter's dog taking a dump on Rumsfield's lawn and the ensuing chase down Mayfield Place as I sip my morning coffee. But, I'd probably keep my bags packed in case I smell smoke in the middle of the night. 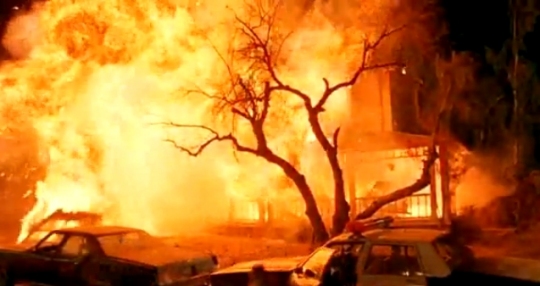