The '80s saw an explosion of vibrant color and expressionism which was highly expressed through clothing trends. T-shirts weren't a new idea by any means with tie-dyeing and screen printing already with a presence in pop culture. Early t-shirt popularity came in the form of concerts souvenirs in the '60s from bands like the Rolling Stones and the Grateful Dead. In the '70s, popular brands and screen printing produced many memorable shirts like the bright yellow smiley face.

Many t-shirt trends then continued through the '80s and early '90s. As the economy boomed and advertising budgets grew, companies pushed their brands onto the "Me Generation" and forced us to choose our allegiances. Designer brands also got into the t-shirt game and screen printed shirts seen in MTV videos and movies also had a high influence. Let's take a quick look back at some of the styles, trends, and expressions of t-shirts through the '80s and early '90s. 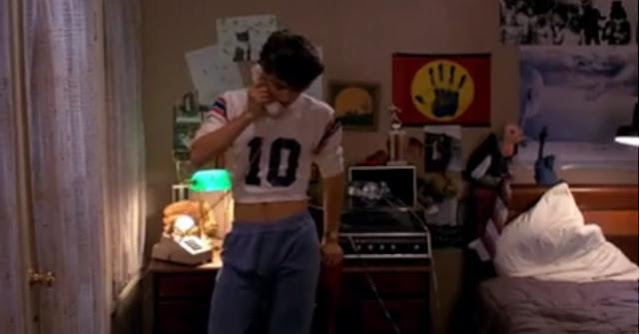 Half-shirts/Crop Tops - Mid-drifts were in full effect in the '80s and half-shirts were very popular for a good part of the decade. Jocks used these shirts mainly for athletic activities but some also wore for leisure or at the beach. Another form of the half-shirt referred to as crop tops were what the girls wore during the decade. The main administrator of this fashion was Madonna as displayed in the "Lucky Star" video. They continued to be fashionable through the early '90s by celebrities like Tiffany Amber Thiessen in Saved By The Bell. Crop tops still find their way into today's fashion as Megan Fox displays in Transformers. But you might look twice if you spotted a guy wearing a half-shirt today like Johnny Depp in A Nightmare on Elm Street (pictured above.) 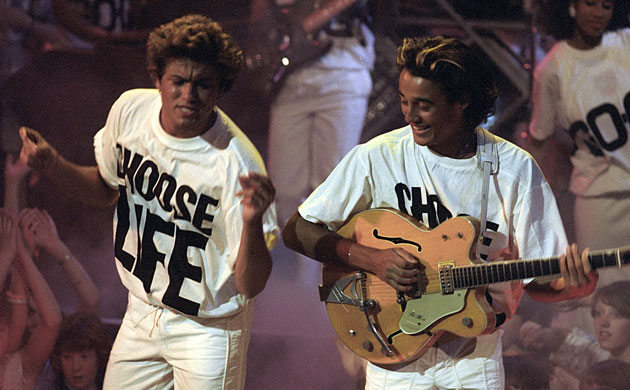 Message T-shirts - There was no better way to express yourself than by wearing a t-shirt that sported your cause. George Michael and Andrew Ridgeley of Wham famously donned "choose life" shirts in their 1983 "Wake Me Up Before You Go-Go" video. The shirts were designed by Katherine Hamnett and were have said to target drug abuse and suicide. Frankie Goes To Hollywood would borrow the white-shirt black-letter design a year later and produce "Frankie Say..." t-shirts to promote their music. Then in 1985, the same type of design would show up again in Ferris Bueller's Day Off as students wore "Save Ferris" t-shirts to sympathize with the sick young man. 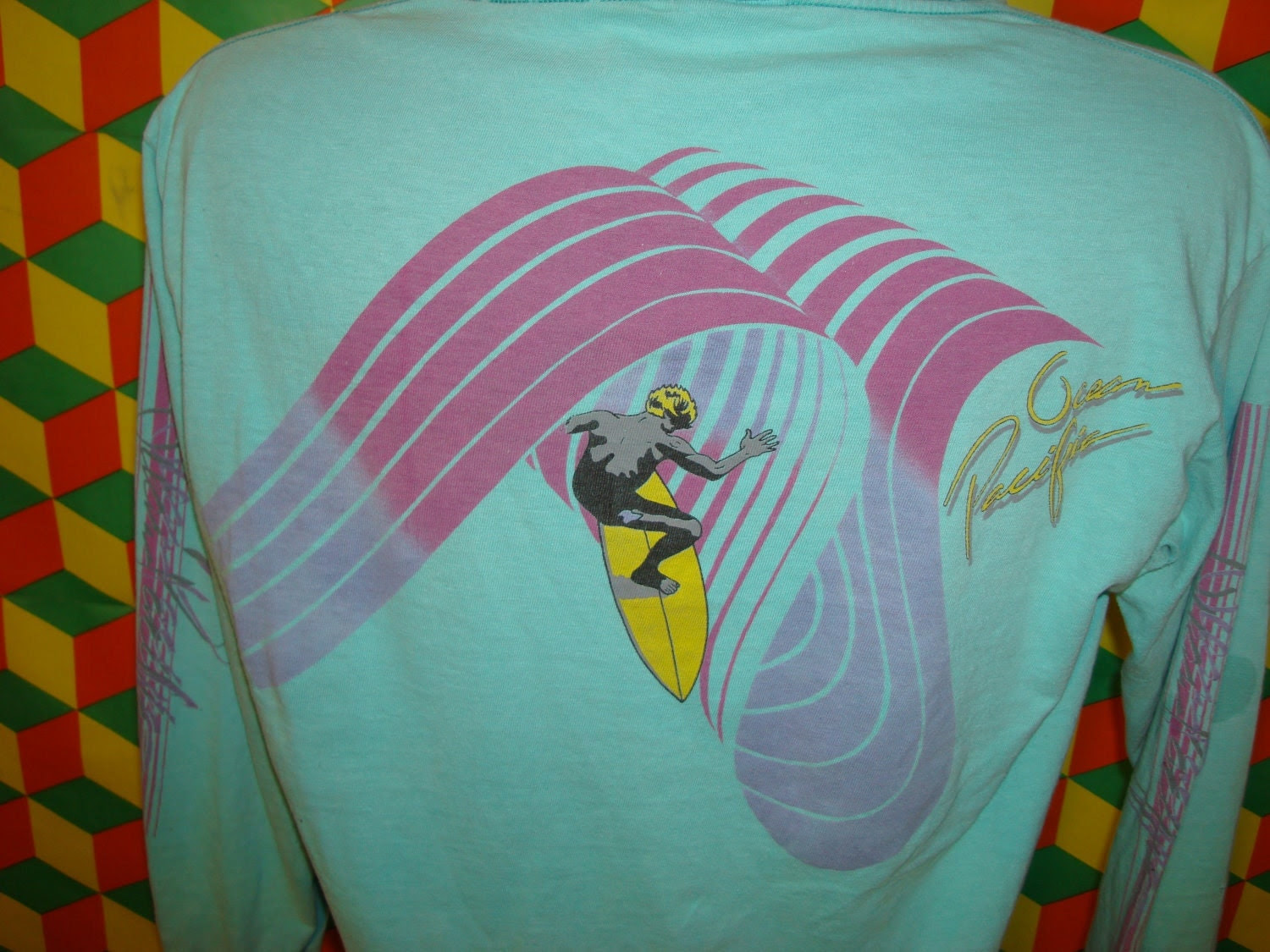 Designer T-shirts - With marketing at an all-time high in the 80s, designer companies entered the t-shirt business with hopes to brand their name on the chests of American. Ocean Pacific, Panama Jack, Calvin Klein, Ralph Lauren, and American Apparel all began to produce popular t-shirts designs in the late 80s. The early 90s were no different as the trend continued with other brands like Coed Naked and No Fear allowing consumers to inexpensive showcase their taste in fashion. 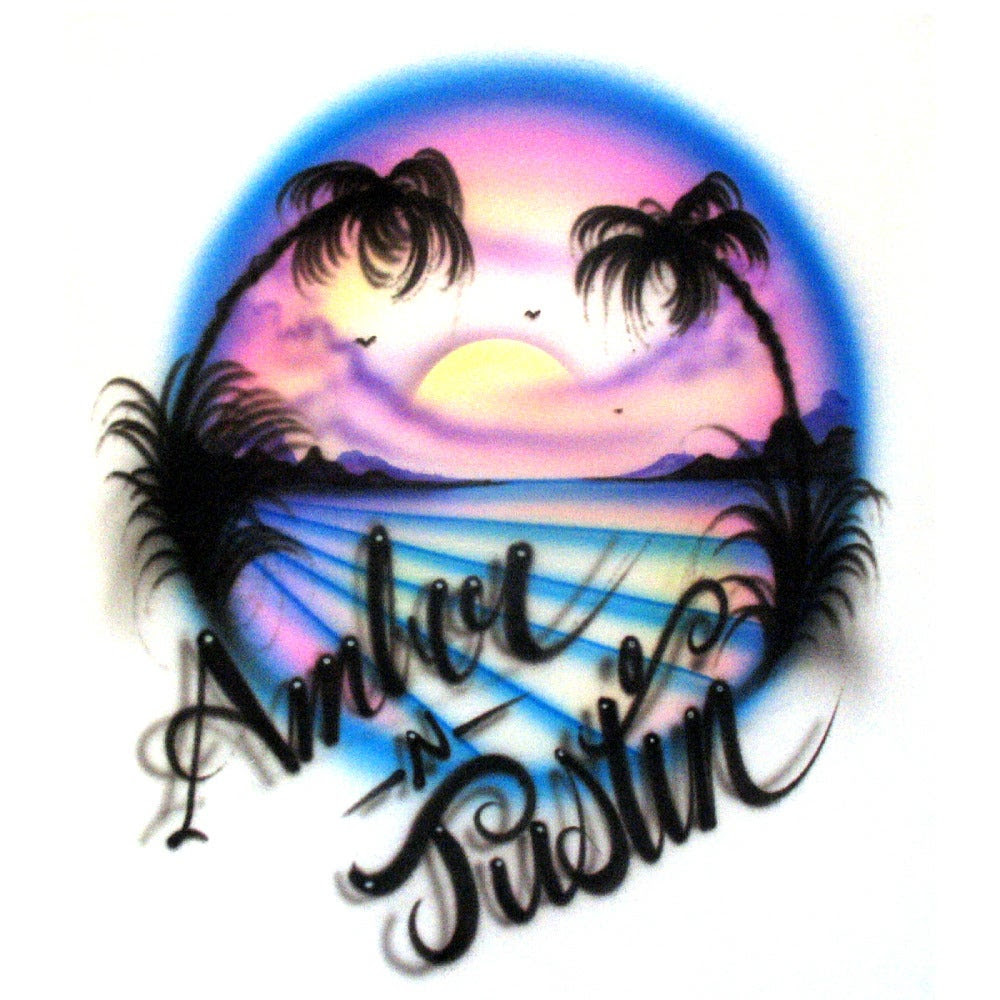 Airbrushed T-shirts - If you were serious about your relationship in the '80s, nothing said it more than buying an airbrushed t-shirt at the county fair. The personalized and unique style became popular around 1985 with the beginning of magazines like Airbrush Action. As the technique became more widespread over the years, the airbrush style quickly leaped from t-shirts and license plates to anything that could pretty much adhere the paint like cars and human skin for tattoos. 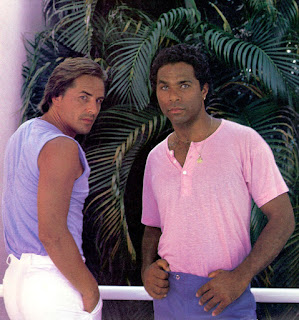 Pastel Color Shirts - Without a doubt, Miami Vice was the dominate force of 80s fashion. How else would you explain a guy being able to get away with essentially wearing just a t-shirt under a sport jacket. Sonny Crockett and Rico Tubbs' look on the show would be emulated by guys across the USA. Even as an 8th grader in 1989, I remember wearing a pastel shirt/white jacket combo to a school sports banquet and my coach referring to me as "Don Johnson." Pastel muscle tees were definitely the quintessential 80s fashion trend.

Hyper Color/Heat Reaction T-Shirts - A novelty primarily in the early 90s, hyper color or heat reaction t-shirts gave fashion another dimension. With the addition of heat, these shirts changed colors giving almost an airbrushed look. The novelty was also having friends display their hand prints on your shirt. The fad seemed to die off quickly with the technology unable to survive a couple trips inside the washing machine.

So what about Iron-Ons and those oversized t-shirts that girls loved to wear in the '80s? Well, I leave you to tell me about those in the comments. I love t-shirts still to this day and have a small collection of about a dozen or so in my own closet. Sometimes when I really don’t want to spend much but crazy to add more in my collection, I check VoucherBin for some awesome offers on all trendy t-shirts collection of my favorite brand. I proudly wear my love for my favorite iconic '80s brands like Atari, Nintendo and G.I. Joe on my chest every chance I get and can't think of a better way to also pay tribute to the t-shirt fashion of the '80s and early '90s!
Newer
Older
Powered by