LEGO Playsets We Wanted In The '80s 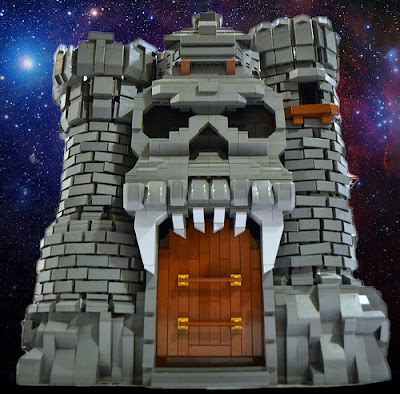 LEGO Playsets We Wanted In The '80s
As much as I love '80s fan art and seeing new creations of our favorite childhood franchises today, it makes me wonder...why in the world didn't they come up with some of this stuff back then??!! In a decade that saw and explosion of commercial advertising and merchandise, it's amazing to me that marketers didn't connect the dots (or LEGO bricks.)

We've seen many franchises connect with LEGO over the past several years including Indiana Jones, Star Wars, Harry Potter and Lord of the Rings. It's not so much "if," but "when" popular franchises will shrink and go brick nowadays. As featured yesterday, how cool would it have been to have vehicles and minifigures of the Ghostbusters, K.I.T.T. & Michael Knight, and the Dukes of Hazzard back in the day? Instead we got this space crap that Zack the LEGO Maniac dealt out like Lacey Pemberton on Card Sharks. What we really wanted to build was our cartoon and movie heroes! So, on the cusp of finding the radical LEGO vehicles and figures yesterday, I decided to seek out playsets that fans have built that we really wanted as children of the '80s. 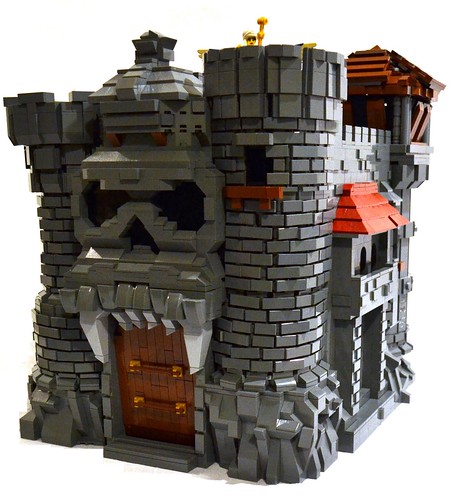 CASTLE GRAYSKULL
How many kids would've loved to have been Master of the LEGO Universe and build their own Castle Grayskull? Take a closer look at this masterpiece created by David Frank by visiting his photostream on Flickr. 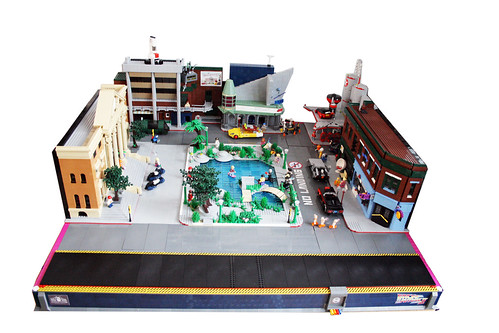 Hill Valley 2015
One of the best scenes in Back To The Future II is the hoverboard chase. How cool would it have been to recreate that scene with Griff's gang chasing Marty around town square in LEGO? Alex Jones aka "Orion Pax" did just that with his Hill Valley 2015 playset complete with Marty's autostrap Nikes. 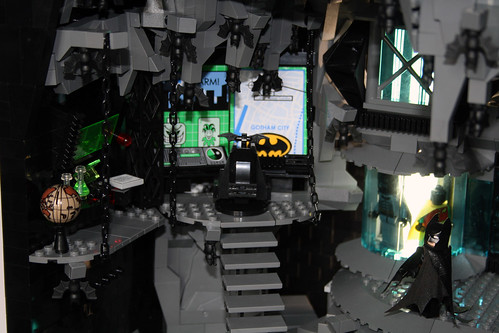 1989 Batcave
I remember watching the '60s Batman TV series after school in the '80s, but when Tim Burton's Batman came along in 1989 it was all but forgotten. I would have had the Batman LEGO page earmarked in the Sears catalog if it had featured this creation by Alex Jones (especially if it would have came with a Vicky Vale minifig.) 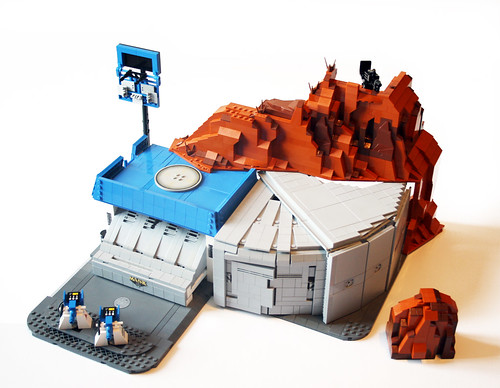 Boulder Hill
Most people know I have a drive to bring back the M.A.S.K. franchise to the big screen. Seeing the Boulder Hill headquarters convert to defense mode would be one of those moments I'd love to see in action. Alex Jones has recreated that moment in this awesome LEGO playset (And yes, he has plenty of vehicles and minifigs to go with it.)

Cat's Lair
Yes, this is all I could find! This CGI creation I found on Lego Cuusoo was the best the internet could do in my search for a LEGO'd Thundercats homebase. I know Minimates released figures last year, so there has to be a fan who has built one somewhere on this planet. If not, I'm not looking at you Alex Jones and David Frank as a future project. 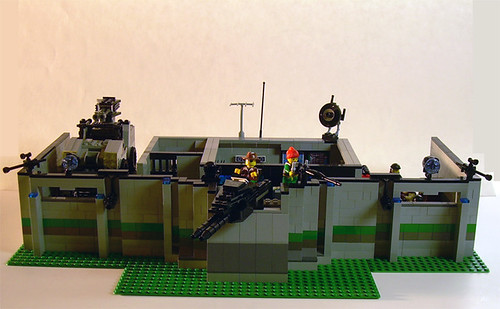 G.I. Joe HQ
I knew Joe fans wouldn't let me down. After ogling this awesome creation by Eric Sheel, check out this LEGO U.S.S. Flagg as well. This I command!!

Check out these other LEGO creations:
LEGO Figures & Vehicles From '80s Pop Culture
LEGO'd Movie Scenes of the '80s
Newer
Older
Powered by