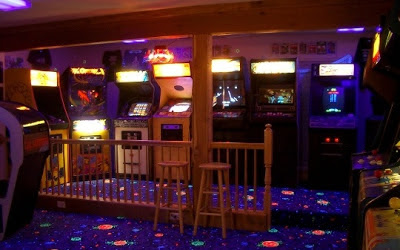 You've decided to build an addition onto your house, a rec room that will feature your very own fantasy video arcade. What games are on your shopping list?

I always liked variety in my arcade experience and can't see why I would change that if I built my own rec room. I was never one to stand at one machine all day, pumping quarter after quarter until mom showed up with those three most hated words "time to go." If it took me more than a dollar or so to beat a game, I was on to the next. To me, the best arcades also had more than just video games. So, I'd also want at least one pinball machine, a fold-up ping pong table stored in a corner, a red felt pool table, Foosball and neon black-light style air hockey. #WiisAreForWhoosies

Now, on to my arcade favorites! Here are the arcade games I'd be looking to purchase first for the Video Arcadia wing to my house.

Spy Hunter (1983)
The Peter Gunn theme. The U-shaped steering wheel with the triggers and buttons. The bullet-proof cars and spiked wheels. The weapons van. I could rewrite the "My Favorite Things" from The Sound of Music with everything I love about Spy Hunter. I remember playing it most at the local sub/candy shop, which was the upright style game. If I had my choice, it would be the first cockpit style game in my arcade (sorry, Pole Position.) Check out more coverage in my Spy Hunter induction into the '80s Arcade. 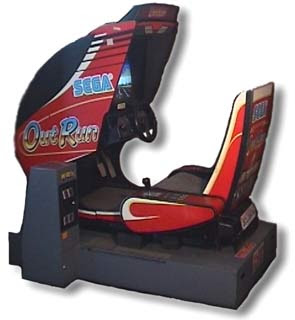 Outrun (1987)
Next to Spy Hunter would be my other favorite racing game, Out Run. Our local mall had an arcade with the upright cabinet and the steering wheel that would shake when you went off road. That was like the coolest thing to me. Plus, you could choose your own radio station! C'mon! I vaguely remember a cockpit version encounter at some point, but I don't remember where. It had the back-and-forth motion in the seat as well, which was awesome. I also spent countless hours on my Sega Master System playing it, but just never had that same feel as the arcade. (More coverage on Out Run.) 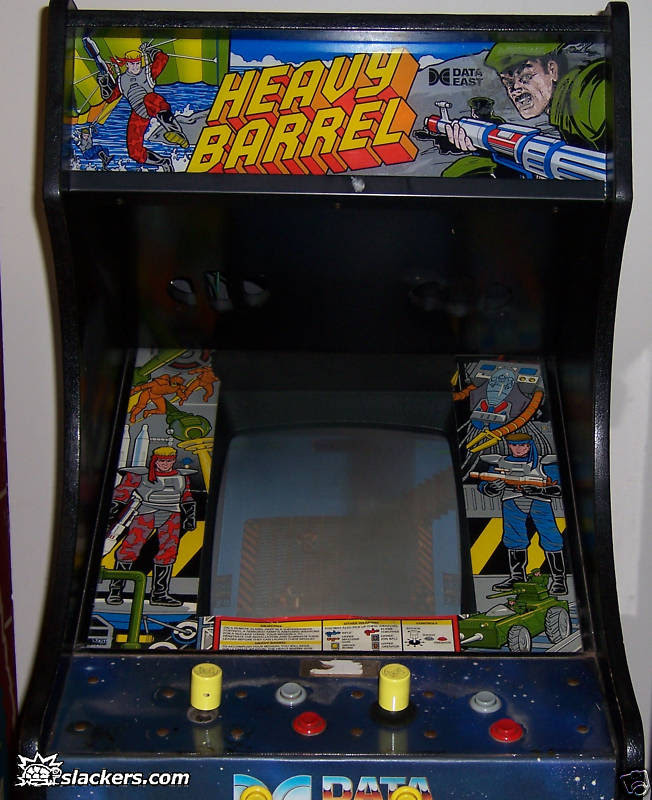 Heavy Barrel (1987)
I might be crazy for choosing Heavy Barrel over a game like Contra for my favorite "shoot 'em up" game of all time, but I was just enamored with this game back in the day. It was the first game I experienced with the rotary controls that could spin your player right round like a record, baby! Add in the lock boxes with the different guns and grenades and it made for great gameplay. And not to mention, THE premier weapon of its pixelated time. The heavy barrel weapon when pieced together was a killing machine that put the Predator to shame (at least for the 30 seconds it lasted.) My pal Wyatt Bloom can attest that I was obsessed with it back in high school when we visited our run-down burger joint hangout. It got to the point where if I couldn't beat the game on one quarter, it wasn't a good day. (More on Heavy Barrel's history.)

Rampage (1986)
I think Rampage gets overlooked as one of the best multiplayer co-op games in arcade history. Most people choose X-Men, Gauntlet, TMNT, or Double Dragon long before Rampage is mentioned. In my book, it's much more fun teaming up on a game when strategy is thrown out the window. In Rampage, there was no strategy other than hitting that last punch on a building before your friends did. King Kong aka George and Godzilla aka Lizzie (forget Ralph) joining forces to wreak havoc on a city...no other way to have destructive fun at the arcade in my opinion. You can have your superhero team-ups...I'll take the ultimate property damage fantasy game any day. (And yes, I've written about Rampage too.) 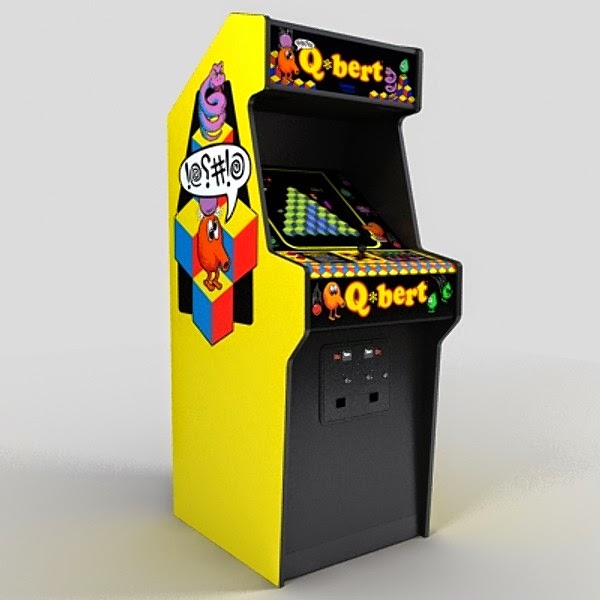 Q*Bert (1982)
I need a classic. I love Ms. Pacman, Frogger, Dig Dug, Donkey Kong, and Galaga. But for the love of puzzle games, I'm going to seek out a Q*Bert machine above those other classic games. Why? I'm not sure to tell you the truth. I've always loved Q*Bert, proudly displayed stickers of him in my sticker book. His segment on Saturday Supercade was always my favorite. Could be just the vibrant colors that just seemed to ooze from the side of the machine. Q*Bert was the epitome of cool, not just because he swore and had his own language, but he was unique character that just seemed to fit at the '80s arcade.

I'll quit at the first five games I'd add to my Video Arcadia, but that doesn't mean you have to! Let me know what you'd put in your own arcade wing of your house in the comments...
Newer
Older