Rediscover the '80s Classic Film 'Flight of the Navigator' 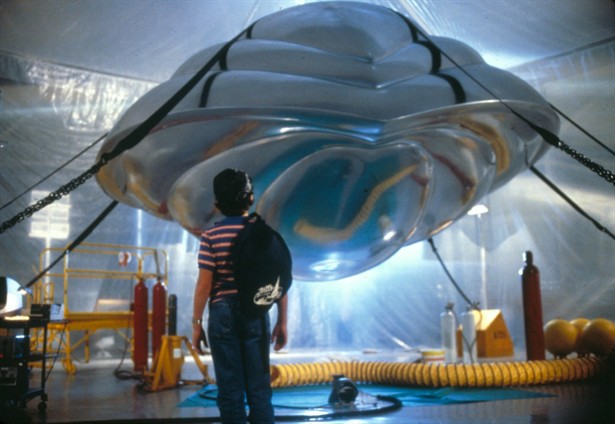 There was so much to love about Flight of the Navigator as a kid. I was almost 10 when this movie came out so I was close in age to the main character David who was 12. Of course, it's well known now that Paul Reubens aka Pee-Wee Herman does the voice for the pilot of the ship Max. The movie came out months before Pee-Wee's Playhouse, so the character was genuinely funny without having any connection to his voice at the time. I've always been entertained any movie that had robots and the R.A.L.F. robot that David hides inside to escape his room was one I wanted for myself. The music in the movie is so entrancing as well. It really adds so much atmosphere to the unknown elements and suspense in the film, especially when he enters the ship for the first time.

The morphing spaceship was so cool, able to change shape during its speedy "class one" maneuvers. And how awesome was the way the stairs appeared to enter the ship and seemed to float in mid-air?! I was so in love with this ship as a kid and brings back so many good memories as an adult. In 2000, I finally got to visit all of the Disney World and Universal Studios theme parks. One of the first times I truly geeked out was at MGM Studios (now Hollywood Studios.) On the backlot tour they had several vehicles used in movies including many scale models from the Indiana Jones films. The one that I really went really crazy over I managed to capture in the picture below. Merely driving passed it on a tour bus was enough to make it worth paying the steep price of admission... 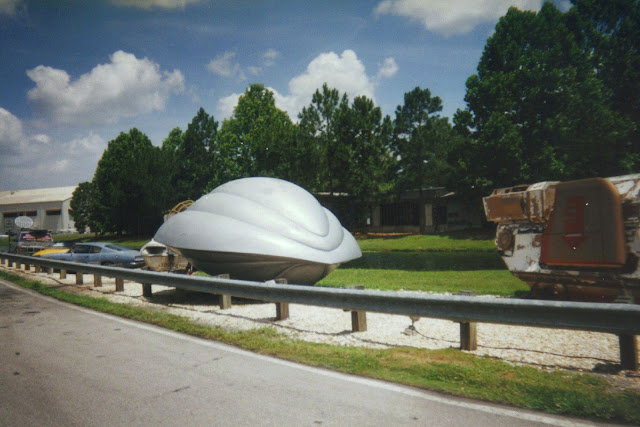 So many other things I could mention that I love about this movie but I'll let rediscover it for yourself. I hope it brings back as many memories for you as it does for me.

Check out the trailer below: